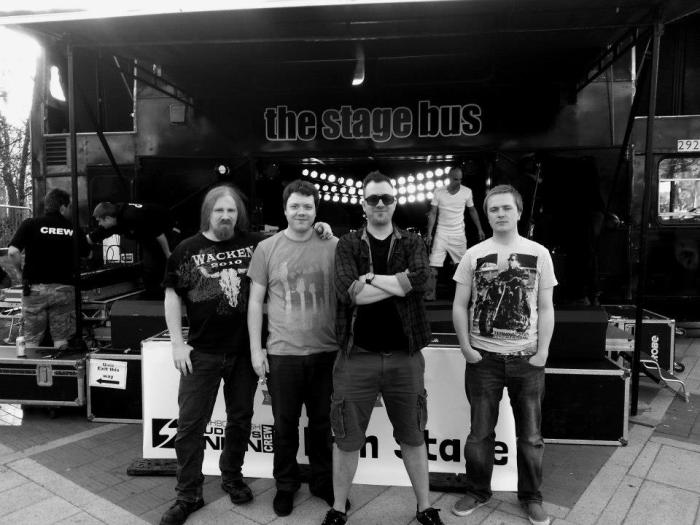 Hailing from Luton in the UK, rockers Sykopath Condor has been treating the ear to some fine and promising singles since last year, each song another stronger temptation towards their debut EP. Run For Cover is that first album and consisting of all those intriguing appetisers is an impressively solid and enterprising slab of rock ‘n’ roll securing the hungriest appetite.

Formed in 2010, the quartet of vocalist George Zafirakis, guitarist Kai Wolf, bassist Ashley Clark, and drummer Ashley Morton has built an eager fanbase and reputation for their live shows and honest sounds, music taking inspiration from the likes of Black Sabbath, Kyuss, Pearl Jam, Mastodon, Tool, and Clutch. They have gone from strength to strength in all departments and aspects, and with Run For Cover setting a declaration to the strength of the band, there is a hopeful suspicion that this year will see the band awarded with a wide recognition for their muscular and creative enterprise.

The EP opens with Hear Them Coming, its opening sonic guitar drizzle immediately fiery and intense even in its reserved 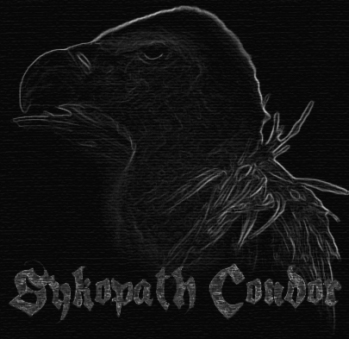 stature at that moment in the song. It soon saunters into an energetic and steady stroll with the guitar carving melodic flames in the air and the bass with its delicious pit borne throaty voice prowling its own sinewy shadows. The vocals of Zafirakis are expressive and equally sturdy biting with each syllable whilst holding a good melodic lure, and veining it all the rhythmic invention of Morton is firm when in league with the even stoner charge of the song but equally boldly inventive when given the opportunity. It is a strong start to the release even if a track which is unable to light the same passions as subsequent songs.

One such track which can is the title track, its sizzling sonic rawness tempting further stoner and southern rock elements to play with emotions. With a fire in its belly and to its surface, the song takes on a more sludgy breath around the again appealing guitar and vocal enticement. It raises the temperature of the release but again is a mere step to greater heights provided firstly by the excellent Til It’s Gone. With a Soundgarden like croon to its start the track gently expands into a feisty yet controlled presence, a heavy energy and contagious groove trapping the senses and infectious chorus offering an anthemic hand to pull the listener in further. With a constant snarl to its company, especially from the bass, there is a melodic toxicity and contagious charm which is irresistible and steals top honours on the release whilst stirring up even greater promise within the band.

This Body and Under The Grey Sky both keep the torch of pleasure and impressed satisfaction burning brightly, the first a heavily shod inducement of scowling riffs, belligerent bass tones, and voracious guitar fascination, whilst its successor slips into an emotive coaxing of slower but no less intense blues laced passion. A smouldering slow burner of a song which needed a few extra plays to fully persuade thoughts, it is another of the strongest highlights on Run For Cover.

With the riveting Fire & Blood completing the release, a song which was one of the first we heard before the EP was on the horizon and still holds the passions in its demanding aggressive Stone Temple Pilots flavoured hands, Run For Cover proves to be a terrific statement of intent from Sykopath Condor and a hard to dismiss suggestion that this is a band with a potent future ahead, something we will all surely and willingly benefit from.