Defy All Reason: Shake it 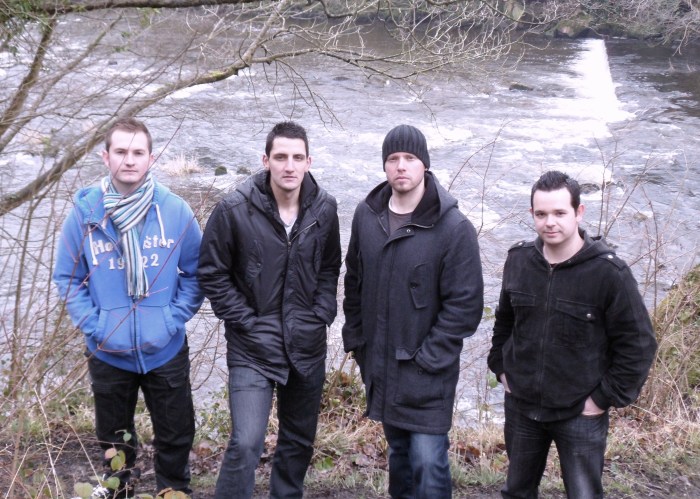 A strong and eager rock song can be one of the best flavours to lose oneself within to simply forget the trials and tribulations of any day. The new single from North Wales band Defy All Reason, is a fine example and a track which sets the band up as one to watch closely over the months ahead. Shake It is a muscular and confident slab of heavy rock with essences of blues seeping into its keen veins of Southern rock, and a song that easily inspires eagerness to hear more from the band.

Formed in the closing months of 2011, the Wrexham quartet of Gavin Jones (vocalist/guitar), Darren Jones (guitar), Lee Shenton (bass), and James Radhi (drums), rose from the ashes of local bands. They were four friends who came together to put their experience and mutual musical vision, drive and determination into a new exciting band and sound. Recently signed to Teesside based independent record label Satellite Records the band releases Shake It their debut single on July 2nd

them. The vocals harmonies are nicely raw whilst the infectious heart of the song expands the further it rumbles through the ear. With a touch of Trucker Diablo and Black Stone Cherry to it the song is a fully satisfying and pleasing slab of rock n roll.

The band is working on their debut EP for later in the year and after Shake it the anticipation is sure to be high. Possibly the band have yet to find the final definition to their sound but the single suggests that is well in hand  and the future is vibrant for Defy all Reasons.