Rooster Cole – More Than You EP 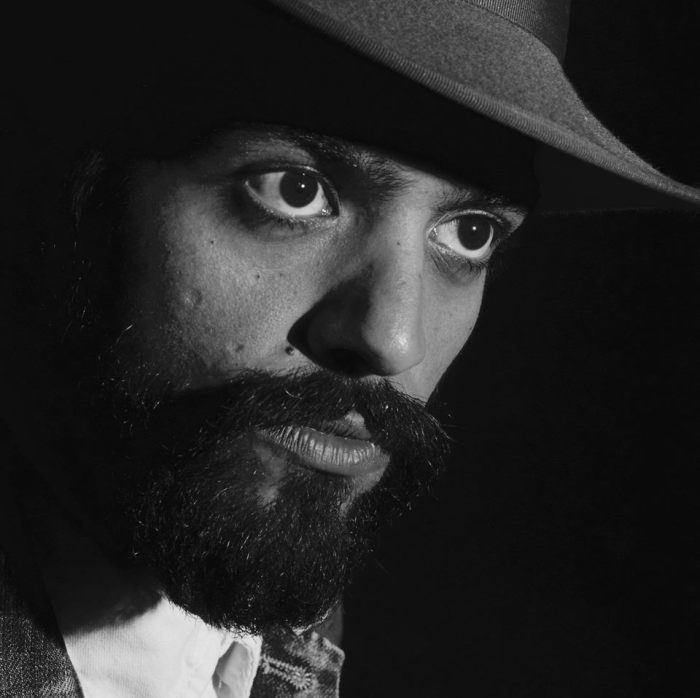 If you had to choose one word to describe the music of Rooster Cole it would have to be dramatic. Given a couple more to use then evocative and spellbinding would be next in line. As evidenced by recent debut single More Than You, the band’s sound and presence is pure aural theatre, transportation to sultry and emotional adventures which simply seduce ears and imagination. Now a four track EP with the last single as its title track has been unveiled to declare Rooster Cole as one of the most exciting and magnetic propositions in the British music scene today.

Rooster Cole is the solo project of Black Black Hills frontman Mark S. Aaron, a band itself igniting the music landscape before seemingly going on a hiatus. With a sound described as Bluesman Mariachi Soul, hard to think of a more accurate description either, Aaron unveiled a couple of songs last year to whet the appetite before releasing, as mentioned, his first single a few weeks back. It was a song which not only expanded on the potential of those early tasters but opened up a new web of intrigue and promise which now the EP has been taken to even greater depths and thrilling exploits.

The EP opens with Up To The Teeth and swiftly with its spicy caress of guitar and more sombre bass tone, has ears alert and the imagination intrigued, especially when the expressive drama lined vocals of Aaron begin the narrative. Only a few seconds in and a swarthy climate soaks the senses and song whilst a spicy flavouring spills from the melodic enterprise of the guitar and an evocative tang seeps from the keys. Its ambience is just as humid and provocative whilst vocally Aaron paints a potent picture for thoughts and emotions to embrace. His voice and presence is pure magnetism, as his songwriting and musical craft, and imagining Nick Cave and Roy Orbison as one unique person will only take you closer to the impact and qualities of the man. For all its shadowed feel and dark drama there is catchiness to the song which is just as gripping, its chorus especially magnetic with its melodic and vocal roar.

More Than You steps up next and from its first breath has the listener under a sweltering sun scorched sky, a Tarrantino meets Morricone ambience colouring the broad yet intimately suggestive soundscape of song. It is exotic in air and rousing in touch but equally with discord lined sonic winds also bringing their temptation, the track is an unpredictable and compelling adventure. Aaron once again croons ears into submission, every word and syllable a conjuring of the imagination with his distinct and mesmeric delivery; if there is a finer descriptive and evocative vocalist right now we cannot think of them.

Whereas the first two songs are gentle immersions, even if each also brews stirring and intoxicating crescendos, third track River Deep strolls in on an immediately lively swing and energetic shuffle. The sway of the song is simply hypnotic and the rhythmic enticement a lure to listener involvement in feet and body. Thoughts and emotions are in turn taken care of by the voice and rich melodic enterprise of Aaron, aided by the feel of eighties bands like Heaven 17 in the feisty pop energy of the song. As always, Rooster Cole songs are a blend of light and dark and the latter, with its bluesy rock embrace, offers up The Doors and Bernaccia like whispers, though it all emerges as one unique Rooster Cole emprise.

Final song Evelyn is a ballad of haunting emotion and beauty, an inescapable magnet for ears and unbridled seduction for the imagination. Strings caress the senses with their melodic croon whilst Aaron strokes thoughts with every line of the dark romance, it all gently prowled by the throaty tone of the bass. Brief but sending a tingle down the spine, the song is a glorious end to a stunning release.

Aaron had us awoken to his voice and songwriting with Black Black Hills, further impressed and excited with his recent single and now lustfully inflamed through the More Than You EP. Rooster Cole is now on course to be the future of dark mournful rock ‘n’ roll.

The More Than You EP is out now @ https://roostercole.bandcamp.com/