The beginning of Australian progressive metallers Teramaze go back to the mid to late nineties but it is in the last handful of years that the band has finally sparked rich attention on a broader scale. The Melbourne quartet is giving it another hefty nudge with their new album Her Halo too, a compelling and at times bewitching affair for ears and imagination. Bulging with eight tracks of progressive beauty and technical prowess, the release is a fiery seduction and impassioned tempest; a fascinating flight through a sound consistently evolving whilst weaving in an expansive array of sonic colour and styles. Imagine Circles, Voyager, and Native Construct merged and you get a sense of Her Halo and the invigorating music of Teramaze.

Formed by lead guitarist/producer Dean Wells, it has been since the release of third album Anhedonia in 2012, that the band really began luring potent spotlights their way. The acclaimed release was the first to show an evolution in the foursome’s earlier, apparently more thrash seeded sound; the moment that Teramaze began emerging as the protagonists exciting ears with their latest offering now. That earlier release’s predecessor, Esoteric Symbolism in 2014, continued the shift in invention and direction, its reward equally concentrated acclaim which is now eclipsed on all counts by Her Halo. The new encounter is also their first for Music Theories Recordings/Mascot Label Group and features new vocalist Nathan Peachey, his tones one of the numerous things swiftly impressing in opener An Ordinary Dream. 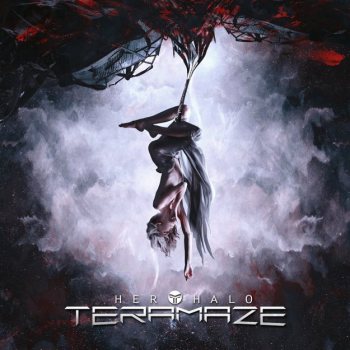 The fourteen minute track drifts in on a chilled wind and a breeze of sepia hued emotive sound, its evocative coaxing on the turn of a breath soon a melodic caress of guitar with drama fuelled keys in close attention. In a few seconds more, that erupts into a flame of sonic enterprise from Wells matched by the darker rumbles of bass and beats from Luis Eguren and Dean Kennedy respectively. The entrance of Peachey’s outstanding voice and delivery opens the way for even more choice textures and melodic slithers to join the growing tapestry of adventure and temptation; electronic twists, rapacious rhythms, and rising columns of intensity in the spirals of sonic endeavour only adding to the busy but uncluttered web of sound. Across its length, the track moves through similarly evolving landscapes of emotion and creative suggestiveness too, each woven with a new and fresh array of varied sound and ideation.

It is a glorious and transfixing start to Her Halo, and sublimely backed by the darker embrace of To Love, A Tyrant. From its scene setting first tempting, there is a sinister and thick shadowed nature to the song, one which continues to coat the walls and line the eventful theatre of the track. With Wells a potent backing to Peachey, vocals once more flame with rich expression and harmonics whilst the former’s guitar craft is an inescapable net of tenacious and stirring resourcefulness. Fair to say though, that every member and aspect of song and album is a thick incitement for ears and a quickly hungry appetite for the release.

The album’s title track glows and rumbles next, Peachey again outstanding within the matching strength of the dynamics and the provocative textures smouldering and in turn blazing within the lava of captivation. The song is bewitching, with a steely strength to it as riveting and incendiary as the melodic mesmerism fuelling its heart, though it is quickly eclipsed by Out of Subconscious, a rousing Dream Theater-esque fire of emotional reflection and soaring, celestial graced flames. It provides a maelstrom of avant-garde, jazz, and progressive intrigue for the imagination to grab hold of, in turn keeping ears and attention engrossed with once more the band’s skill of unpredictability a seamless roar of pleasure.

For The Innocent also has a heavy and dark air to its diversely flavoured canvas, upon which the bass prowls, the guitar conjures, and vocals spread a resonating collusion of enterprise held in a gripping rhythmic web spun by Eguren. Admittedly the track does not hit the same sweet spot as the trio of tracks before it but only engages a willing body and soul in its perpetually blossoming depths before Trapeze has the imagination twisting and conjuring with its pungent instrumental theatre of suggestiveness and creative alchemy.

The mesmeric croon of Broken steps forward next, vocals and acoustic sound a warm but melancholic hug which only becomes more provocative and magnetic with every passing minute, time again seeing the band seamlessly flow through contrasting elements sculpted with raw emotion and that constant element of surprise. They are traits every song is seeded in as shown one final time within the lengthy creative saunter of Delusions of Grandeur. As the expansive body of the first song on Her Halo, the ten minutes making up the closing emprise of idea, skill, and emotion never feels a moment too long thanks to its organically evolving imagination of sound which never stands still whether across the whole of the hefty soundscape of invention or simply one of its potent minutes.

The track is a masterful end to a mighty release, one which impresses first time around but really comes into its own over numerous, increasingly exciting plays. Progressive metal has had quite a few rich treats in 2015, this is another and amongst its biggest.

Her Halo is out now via Music Theories Recordings through most stores.