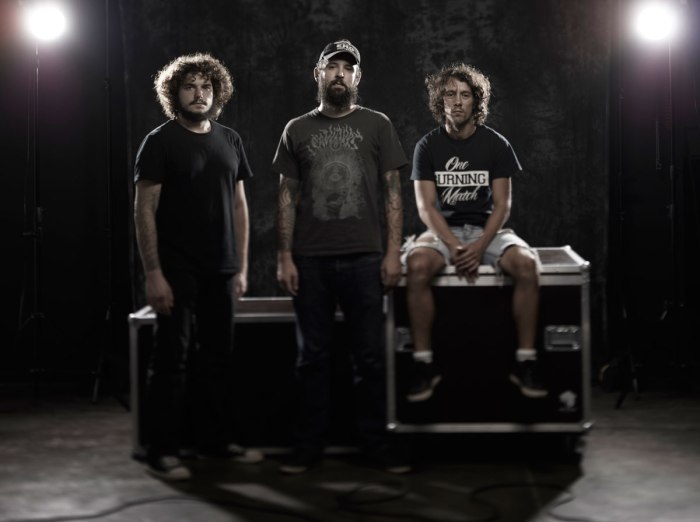 After the merciless conditions which opposed the band when recording their acclaimed second album Idolize, including hurricane, flooding, loss of equipment for the band and the studio they were recording at, we assume the recording of its successor was an easier time for French rockers Sofy Major in comparison. What we can be certain of is that the time since the 2013 release and the unveiling of Waste has seen the band grow in presence and sound to hit another lofty peak with their new proposition. Waste is a glorious slab of rock ‘n’ roll; a storming proposal retaining the raw energy and uncompromising snarl of previous releases but also revealing a more melodic and composed touch to the wonderful volatility that persistently sets the Sofy Major sound as something to get excited over. Also as the last album, the Clermont-Ferrand trio has offered another essential slab of rock adventure to devour greedily, a temptation hard to see many refusing.

Produced by Dave Curran (Unsane, Pigs, Big Business), mixed by Andrew Schneider (Pigs, Julie Christmas, Unsane), and mastered by Carl Saff, Waste opens with its title track and an instantly intimidating and magnetic growl of noise and punk rock driven by heavy rock grooves and grizzly bass riffs. The vocals of bassist Mathieu Moulin roar with intensity yet equally an inviting tone, luring attention as a host of spicy grooves and tempting hooks add matching appeal within the increasingly carnivorous maelstrom of energy brewing across the track. It is a gripping and potent start to the release backed up in kind by We See Fire and a quickly emerging big hook of a slim but irresistible chorus. Twisting and turning with each breath, the song captivates like a fusion of The Great Sabatini, The Fat Dukes Of Fuck, and UK band The St Pierre Snake Invasion, great vocals from Moulin and drummer Mathieu Desternes around the increasingly enthralling guitar enterprise of Sébastien Fournet enslaving ears and imagination. 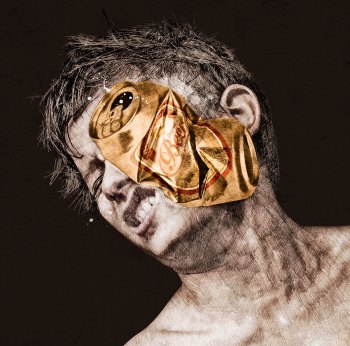 Turning Point is just as adept and creative at raising the passions, its irritable bass bait inescapable addictiveness matched in success by the swinging gait of the song and its casting of contagious and psyche infesting grooves. There is a familiarity to this and the songs before it, but of Sofy Major only and taken to richer and more virulent levels, proof again coming with the bearish textures and roar of Slow Everywhere, it a bruising captivation as sonically antagonistic as it is roguishly captivating with the bass especially fiendish in its grumbling tone.

Variety is another returning aspect to the Sofy Major songwriting and ingenuity, the classic rock hook of Infinite Pill Case a wrong-footing tease from which the song tenaciously explores a weave of rhythmic agitation and guitar bred imagination impressively led by the ever alluring vocal delivery of Moulin. With unpredictability another constant throughout the rock ‘n’ roll bellow of the album, the song has body and emotions quickly involved, leaving an exhausted and full appetite in its wake for Black and Table to keep thoroughly satisfied through its slower wrapping of ears with sinister intent and stalking magnetism.

An essence of post punk flavours Iron Butt next, a spicing lacing the web spun by Fournet’s fingers whilst Devotion Man brings a more grungy essence to its enticing brew of noise and punkish confrontation. Both tracks get the blood racing in different ways as they inflame the air, the first with a more urgent tempest and its successor through a controlled yet predatory canter which uses every breath to create an infectious coaxing.

The album concludes with an excellent cover of the Les Thugs song As Happy As, Sofy Major taking the track to darker and again more post punk depths whilst increasing its virulence. Rarely does a cover match an original but the closing song on Waste is more than a thrilling match for its inspiration.

Fair to say a soft spot for Sofy Major through their previous albums, Idolise especially, has become much more lustful thanks to Waste. Rock ‘n’ roll does not get much more carnivorously attractive and exhilarating than this so get those ears and pennies ready

Waste will be released via Solar Flare Records on October 30th on 12″ vinyl, CD, and digitally. Preordering available @ http://shop.solarflarerds.com/categories/pre-orders