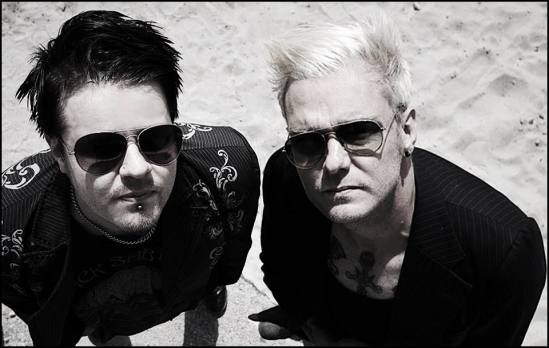 Laying out an irresistible invitation into their magnetic synth pop world, Swedish band Machinista provide the most mouthwatering pedigree temptation through their Arizona Lights EP. Consisting of four original tracks and an enterprising clutch of remixes, the release is a dramatically compelling persuasion leaving a rather healthy and greedy appetite for this new genre proposition.

Machinista is the brain child of John Lindqwister (Cat Rapes Dog, Basswood Dollies) and Richard Flow (Vision Talk, Haze For Sale) who linked up together in the final weeks of 2012. Their first effort was a greedily accepted version of David Bowie´s Heroes followed to equal responses by Molecules And Carbon. Fresh from supporting Henric De La Cour and with a flurry of their own shows coming up this month, the duo seductively hits us right between the eyes in presence and sound with their EP, it one blinding incitement that simply wraps around the passions. 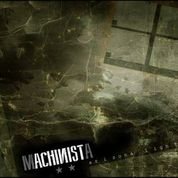 album. It flirts and plays like a sonic temptress, bringing the richest colourful hues of synth pop past and present into its smouldering depths. The title track swarms into view first with a celestial breath starting things off, a spoken vocal narrating the emerging ambience and golden electronic sun of vibrant sound. The song is soon into a warm and inviting stroll with synth caresses and similarly coaxing vocals embracing the imagination. There is an elegance to the melodies which accentuates the lure of the encounter and a dance in its heart which equally engages body and emotions. It is an undemanding but thoughtfully composed and easy to access electronic waltz, a mesmeric evocation which alone provides perfect bait for band and upcoming full length.

The outstanding Wasted steps up next and features guest vocals from Toril Lindqvist of Alice In Videoland. Like the first, initial contact comes in an enveloping and this time a haunting almost sinister ambience which takes its time to enjoy its consumption of the imagination. As it explores and sparks those thoughts the song simultaneously breeds a contagion which erupts into the restrained but eager stomp which excites and enthrals. There is also a definite eighties essence to the song, thoughts of B-Movie and Paul Haig hinting along the way.

The following Salvation ventures more to the scenery of Landscape meets A Flock Of Seagulls with its mischievous and refined croon, pulsating beats and electro throbs magnetising the passions as vocals and melodies wrap their expressive weaves around the riveting canvas of the song. Again there is an energy and appetite to the song which similarly invigorates the senses as the track entwines its bait around the ears. Comparisons as everywhere are mere spices in something uniquely Machinista, their recipe certainly here mouthwatering and hypnotic.

Pushing The Angels Astray completes the quartet of original songs, continuing the concept of the release which hints at UFOs and Abductions. The song trots through the ears with a vivacious heart and gait to its body as well as a virulently infectious chorus to match the charm of the electronic sculpting. It is a glorious enchantment and exploit for limbs and emotions, the pair at their most virulently persuasive and scintillatingly creative on the release which is confirmed by the delicious acoustic version of the song which swiftly follows.

The release is completed by a quintet of remixes of its tracks, four of the track Salvation firstly by FutureFrenetic who give it a dancefloor friendly injection of energy followed by an atmospherically immersed treatment from Not Lars, a more chilling rendition through Tactical Module, and a vein throbbing interpretation from 2PM. In the middle of the four IIOIOIOII unveils his wonderfully invasive remix of Pushing The Angels Astray, the artist luring out the deepest textures and emotions of the song.

With their debut album on the near horizon, Machinista could not have given it a better lead in than the Arizona Lights EP, a release which thrills and intrigues at every turn even through its remixes. Modern synth pop has found itself another exciting protagonist as the genre continues its thrilling revival.