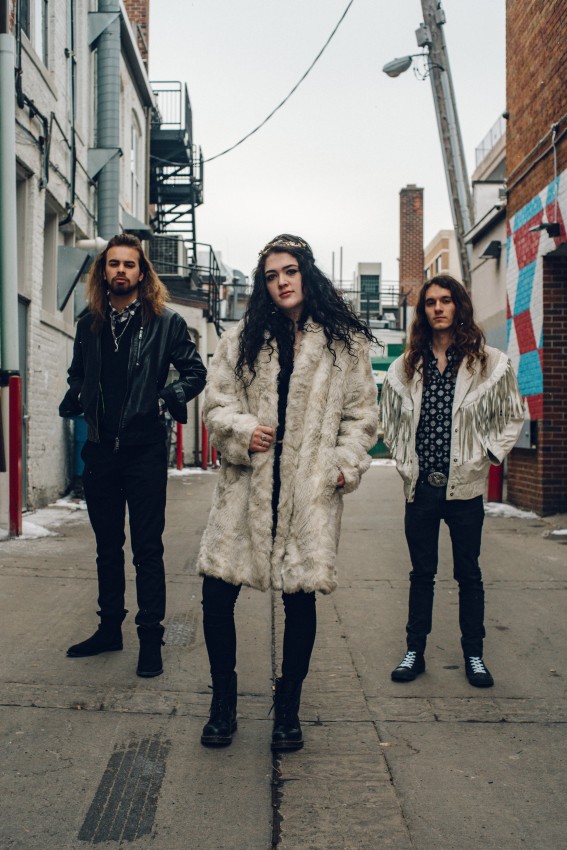 We are Dark Serenity, composed of members Zach Barnes (bass), Kate Emrich (guitar and vocals), and Mike Bergamo (drums). We started writing music in Kate’s basement back in high school, which is where we met each other. We were brought together by a similar level of ambition in addition to the obvious shared interest in being in a band and creating music.

Had you been in other bands before?

We haven’t been involved in other bands before, but we went through a few line-up changes until we discovered which members would stick. I’m sure it led to a change in style and direction, because we are a group that values the insight of each individual member.

The band name means that there is light in the dark, and more specifically that the motivation for life and light lies within the reality that death and darkness are inevitable.

We didn’t approach the formation of the band with the intention of sounding a certain way. We wanted to create a sound that sounded like us, one where each one of us used our respective influences to make our own sound.

And that instinct still primarily drives the band now it is more experienced or has new aspects evolved over time?

I would say the same things still drive us. Those things being the intent to succeed in our field and inspire others to do the same, as well as to live our own lives the way we want to. 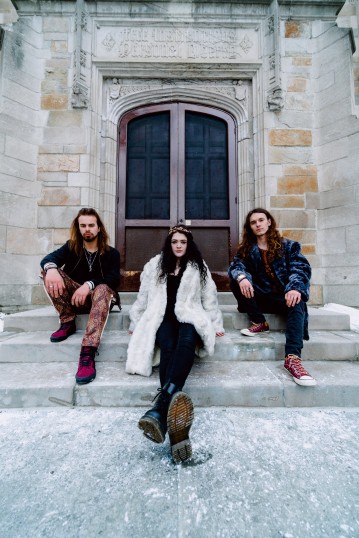 I would say our sound has matured, basically, as we have as musicians. We write in different song structures and utilize our instrument’s capabilities more fully. We can write parts that complement the other instrumentals more effectively, and more clearly communicate our messages.

It’s both. When you deliberately try new things you tend to find a more of an organic movement and vice versa.

We are inspired by the creations of many of the greats, such as Led Zeppelin, Deep Purple, Black Sabbath, the Jimi Hendrix Experience and the Who. That being said we’ve never deliberately practiced their songwriting approaches.

Yes, typically we write by picking a key and a time signature, then doing an improv session within those specifications. The body of the song usually comes first, with the bass and drums; then the guitar, and then the vocals are written last.

More often than not our lyrics cover subjects that include and challenge societal norms. We have songs about deviating from said norms.

Our latest release is our debut album that we released last year. It’s called ‘Memento Mori’ and is eight tracks. It was a live tracked album, which we did on purpose to emulate the experience of a live performance.

The themes we mentioned discussing our commonly used lyrical themes are the themes we applied to the tracks on this album.

We go into the studio with our songs completed. We don’t like bringing unfinished material because there’s no guarantee you will come out with something you’re happy with. When a song is complete there’s not really a question as to whether or not it will turn out like you had hoped.

Tell us about the live side to the band, obviously a favourite aspect of being in the band?

Live we deliver an animated and authentic performance. We’ve been told that our passion for what we do is obvious and felt throughout the room. We want to deliver the best version of ourselves. 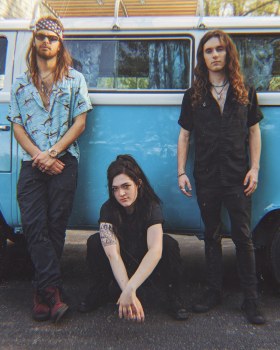 We have found it difficult yet worthwhile. We are lucky to have been brought up as musicians in the metro Detroit area where there are a lot of music fans and a decent number of live venues. It’s arguably harder to get your foot in the door when there are several other groups going for the same goals as you. However, in addition to that difficulty, you also find the most support from the other musicians. You have to work hard, break a sweat, then gain respect…But the respect that you gain is worth it.

How has the internet and social media impacted on the band to date? Do you see it as something positive within a realm flooded with artists and a short attention society or more of a necessary trial?

Bands nowadays need to utilize social media to their advantage, just like any other form of entrepreneur. You’re selling yourself as the product, basically, and in today’s market, you need to unapologetically market yourself with the tools everybody else is using to have a shot at mainstream success. So yeah, not being able to properly use social media can hurt your career, but most likely, will stunt your growth overall. There are obviously always exceptions to a rule, though.