Home › Music › Album › Skulk, The Hulking – Afterbirth Of A Nation

Skulk, The Hulking – Afterbirth Of A Nation 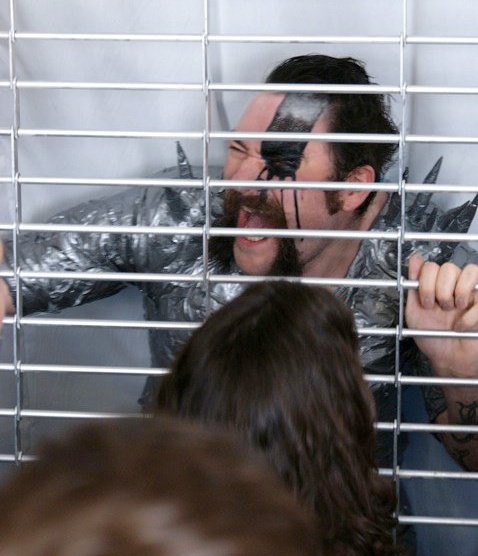 It is fair to say that 2018 has ended its tenure with some of its biggest highlights release wise among which Afterbirth Of A Nation has to be one of if not the most compelling and enjoyable. The second album from one man project, songwriter and satirist Skulk, The Hulking, the offering is an imagination rousing, ear gripping slab of unique enterprise which had us drooling in no time.

The successor to his 2015 debut album, In Sickness and in Health, the new encounter this time sees Skulk joined by creatively like-minded musicians in guitarist Ashley Levine, drummer Fernando Morales, and bassist Vern Woodhead. In turn this has brought a far broader palette to the bold and adventurous escapade seeded within its predecessor. The band has merged the electronic, hip hop, and punk of that first encounter with the feral and ferocious antics of metal in its varied guises within Afterbirth Of A Nation; the result something akin to a rabid fusion of Dog Fashion Disco, System Of A Down, Five Star Prison Cell, and Agent Orange but distinct in its character and forcibly magnetic incitement.

Afterbirth Of A Nation opens up with Hide Your Children.  Straight away sauntering in, the bass begins luring ears with the dark jazzy mystique of the song blossoming alongside. Soon after the unique and captivating tones of Skulk unveil the drama and mischief of his words as the Bauhaus like lure of the encounter boils up into a metal inflamed blaze. Settling back down, new hues and enterprise rise up around the infectious rhythmic stroll and hip hop nurtured vocals; it all making for an irresistible introduction to the release.

It is a resourceful and striking beginning only accentuated by next up He Who Finishes First Is Finished First. Leading with teasing guitar bait, the song swaggers in with eager rhythms and a vocal prowess which just made us want to get involved. It is simultaneously composed yet manic, every second a devious seed and ingredient to an adventure which swiftly got under the skin echoing those earlier mentioned clues to the Skulk, The Hulking adventure.

The track is simply superb and quickly matched by the devilish swing of By Hook Or By Crooked Automatic Assault Rifle. Like a psychotic carousel it swirls in ears, from time to time slowing momentarily to add fresh adventure and revelry around another potent lyrical trespass before scooping up the listener in its carnival-esque hunger.

The darker, predacious presence of Grind (Money Crotch) intimidates as it seduces with its slow swing, bass and guitar portentous in their tempting before its lid is lifted and ferocious discontent spills out. It too is just a moment in the track’s mercurial landscape, a captivating web of sound and vocal enterprise exposed and expanded by the cycle before making way for the tenebrific grumble of Joe Candidate with again Skulk sheer magnetism at its heart. A sombre slow and simple crawl with bursts of carnal irritability, the song just seduced from start to finish, much as the album itself.

Through the mischievous punk inflamed swing of Cancer and the funk ‘n’ jazz saunter of Make It Sew, an already rising addiction to the album was simply escalated, creative devilment and vocal tenacity their inescapable fuel while This Commercialism Sure Means Business… brings an unhinged, indeed certifiable blaze of punk and blues funk tinged rock ‘n’ roll full of derision and tenacity which similarly had us leaping to feet while giving an eager roar.

And the goodness just simply continues; The Proper Way To Fail bringing back the meandering but purposeful amble the band so easily breed to entice and ensnare ears and appetite with. Unapologetically infectious especially within its delicious chorus, the track was manna to the imagination before Add Her All had the same also eating out of its creative rock ‘n’ roll hands and in turn We, The Terrorism enticed physical spasms and attitude soaked vocal involvement in its virulent nonconformist furor.

Afterbirth Of A Nation ends with the unstable temperament and exploits of May It Never End; a loco of sound and boldly resourceful enterprise which left only a hunger for more as it sealed quite simply one of last year’s major highlights and an encounter no one should let slip by.

Afterbirth Of A Nation is out now @ https://skulkthehulking.bandcamp.com/album/afterbirth-of-a-nation