Bool – Fly With Me 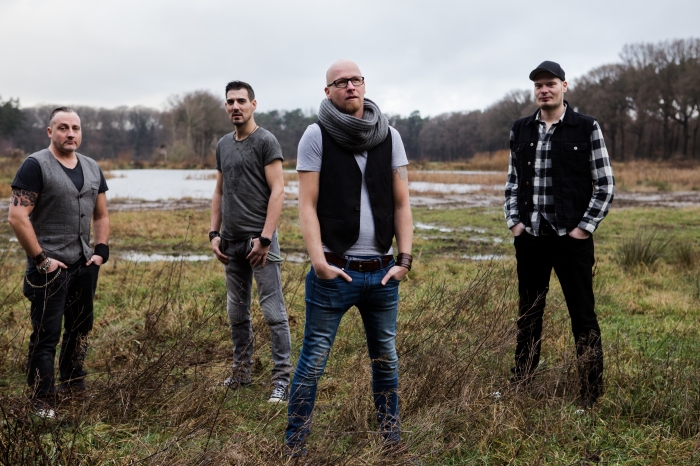 Frustratingly it is far too easy for things to fly under the radar in a time where nothing is secret thanks to the extensive landscape of the internet, but one proposition we insist you do take notice of is Fly With Me, the new album from Bool. The German outfit roar in ears with a strain of alternative rock which infests the appetite with its grunge character and grips the imagination with an array of nagging hooks and rousing enterprise; it all coming together here for one of the year’s most compelling moments yet.

The band’s sound is maybe best described as Bush meets Morphine harassed by Damn Vandals and Fatima Mansions but from that mix thrills with its own unique personality of sound and craft. It demands attention and rewards with every passing second of bold and impassioned rock ‘n’ roll. Formed in 2007, Bool stirred up acclaim and an already growing reputation with the My Spirit, their third release realising the potential already heard in its predecessors. Recorded with producer Jon Caffery (Die Toten Hosen), Fly With Me hits and owns a whole new plateau for the band’s sound and invention, offering a relentlessly harassing and addictively creative trespass to lust over.

It opens up with Here We Are and a flame of guitar before, and not for the last time, a swiftly compelling bassline with its growling tone entices courtesy of Marc Fröhlking. The initial blaze settles down a touch as the vocals of lead guitarist Karsten Dittberner step forward, the bass continuing to offer delicious bait alongside as the crisp beats of Jens Geilert descend. Soon the fiery adventure of Dittberner and fellow guitarist Michael Malfeito rise again, the cycle repeated throughout with increasing energy and adventure. 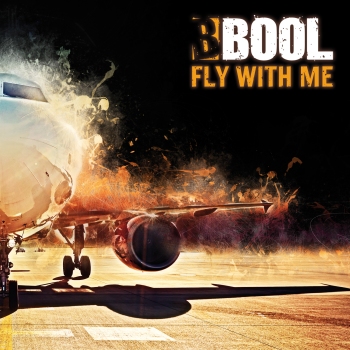 It is a boldly striking start quickly matched by the more composed but no less sonically seared Soul Train. Emotion drenches every note and each syllable dropping from Dittberner’s throat with a crystalline melody a glassy temper within the growing tempest. Commandingly contagious and wonderfully irritable in many ways, it too lingers in ears and thoughts just as successors Shut Up and Kick Arse do. The first of the two is even more reined in which brings a tension and drama especially to its brewing crescendos which is raw seduction. Dittberner is a magnetic vocal presence potently backed by his companions, while together the quartet unite in imagination and dexterity with that earlier Bush reference at its enjoyable strongest. The second of the two has a Nick Cave like edge to its opening Doors-esque climate, hues which caress the brooding heart of song and sound before the track slips into an almost predatory stroll of primal rock ‘n’ roll at its inventive best with a rolling energy more than living up to its title.

My Own Heaven is a melodically grilled pyre of emotion which ebbs and flows through calm and volatility, each passing moment a web of arousing catchiness and suggestive enterprise around the addictive dynamics of Geilert while the following Revolution uncages a riveting holler of punk ‘n’ roll which has the body bouncing and spirit roaring. It is testy and flirtatious, a true treat among many within Fly With Me.

Bool equally show they are adept at caressing the senses as the dark yet elegant serenade of Hey You shows, its melancholic beauty and melodic croon pure enticement before You and Me stomps in with its own tenacious rock ‘n’ roll. Again Gavin Rossdale and co feels a big inspiration to the track but one which is easily welcomed within its infectious incitement. Essences of metal and heavy rock add to its theatre, a potent incitement more than matched by the rawer edged and dramatically textured Desire where again rhythms simply grip the instincts as the guitars create a web of sonic flames to be trapped by as vocals share their plaintive heart.

Through the even tempered if again tempestuous sonic reflection of Same Mistake, a song which feels very familiar for no obvious reason, and the similarly intimate balladry of Yesterday, there is no urge to pull away from the album, each rich captivation even if not quite reaching the heights of those before them. Fair to say both easily get under the skin as too next up Love is the Answer, a theatre of sound and temptation which barely hides its tension within keys and string woven melodies. The song is certainly a slow burner but over time grows to be one of the most memorable and essential lures of the album.

The release closes up with Right or Wrong, a song which pleases immediately but also takes its time to fully persuade and ignite the passions which, if without the stirring triumphs of its companions, it surely does. It is a potent conclusion to an album which for us has become an addiction in no time.

Fly With Me is the wake up call to one exciting band in Bool, be sure you do not miss the trip.

Fly With Me is available now through Boersma Records through most online stores.