Another End – Whispers From… 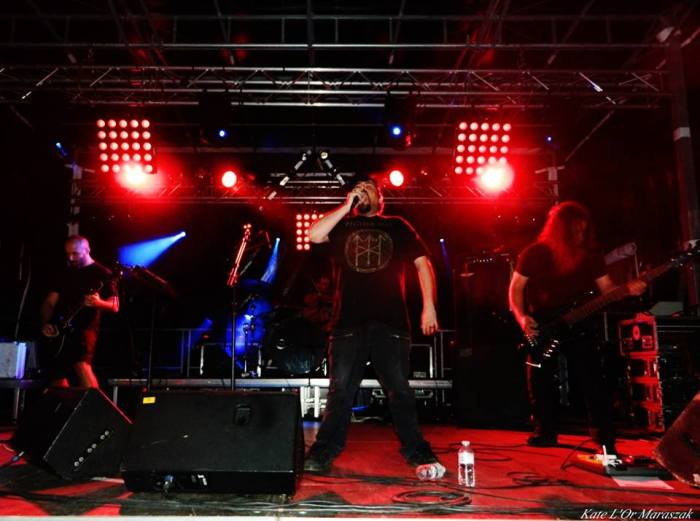 Consisting of four ferocious and caustically impacting rages, Whispers From… the debut EP of French post-metallers Another End leaves the senses challenged and thoughts provoked. It is a corrosive and tempestuous fury merging heavy articulate rhythms with brooding dark atmospheres and destructive intensity. It is not an easy listen, not always one which you are sure you want to continue, but ultimately it is a thoroughly rewarding and compelling release which leaves you exhausted but mentally and emotionally stirred.

The Chalon-sur-Saône quartet was formed late 2011 by ex-members of Noisebleed and Wrath of the Golgoth. Their sound and heavily impacting sonic narratives soon made a strong impression, the band building a strong reputation which took them to the attention of the Canadian underground label Mulligore Production who release Whispers From…. The EP looks at the torments of a man destroyed by his father’s abuses; each song a potent and powerful exploration which is unafraid to dive into the darkest dangers and depths, in fact each devours their existence within the devastating confrontation.

Opening track The End soon reveals all you need to know about the album, its savage breath and doom laded atmosphere honed by a 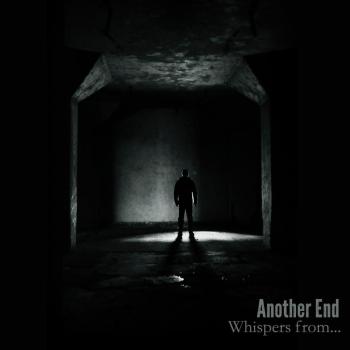 varied seeded metallic web of guitar and rhythms ridden by the quarrelsome and brutally delivered guttural vocal growls. The delivery is racked in torment and maliciousness, a toxin that the music across its shifting soundscape emulates, embraces, and tempers whilst often adding fuel to the destructive fire. The rhythms across the length of the track are an engaging and magnetic lure, their attack at ease being respectful or viciously cantankerous. They make an easy hook from within the dark emotional maelstrom and a complimentary cage for the equally addictive guitar play flaring up and reaching certain pinnacles. Arguably there is little new on offer but that is not the purpose of the intent one suspects, the EP guided by the startling and desperately imposing narrative though what musically is on offer is skilfully accomplished and at times riveting.

The Past opens with a reflective tone to its presence and the guitar invite opening it up. The looming bass and guitar shadows soon cast a heavy cloud over the glimpse of light whilst the drums bring a prowling bait to be soon persuaded and seduced by. It is an absorbing and magnetic start, the repetitive nature of the course a mesmeric call until it is disrupted by the again invidiously choleric vocal assault, though you only feel a justice in their expressive malevolence. The clarity of the song compared to its predecessor only enhances the effect and might of the expulsions which scar the air whilst the rapacious stalking of those more composed and restrained elements adds greater intimidation within the vindictive offering.

Next up The Light preys on the exhaustion already taking over the eagerly receptive senses and emotions, its ponderous entrance built by a leviathan thick smog of sludgy intensity and scored by the vengeful vocals. It has to be said that without a focused attention you can easily miss which song is which, a uniformal tsunami of emotion shielding plenty of the creative diversity. It is not necessarily a major issue though across a ten track release maybe due to the emotional energy spent just listening, it might become a stretch too far. The song itself provides a further incendiary sonic torrent to enjoy and fear; guitars and bass dangerous companions with the charm of shadowed beauty and vitriol of fallen angels.

The Others finishes the journey it’s cradling of the ear and thoughts, either with a stately or lethally ravenous touch and often a combination of both. The guitars cast a striking and masterful web of enterprise and creative deception pushing the song to the fore of the quartet on the EP. Their voice and invention alone provides the menace and rich hues of the theme such their sonic painting, but amidst the merciless outpourings elsewhere merge to something even more descriptively fearsome.

Another End has created a release which will certainly find an intrigued audience amongst fans of the likes of Kruger, Cult Of Luna, Neurosis, and Abraham, the last of the four an easy comparison upon Whispers from… It will not be for everyone but those the EP does connect with will find an immersion which they will find fear and satisfaction equal recipients.