Scanner – Under the Devil’s Tail 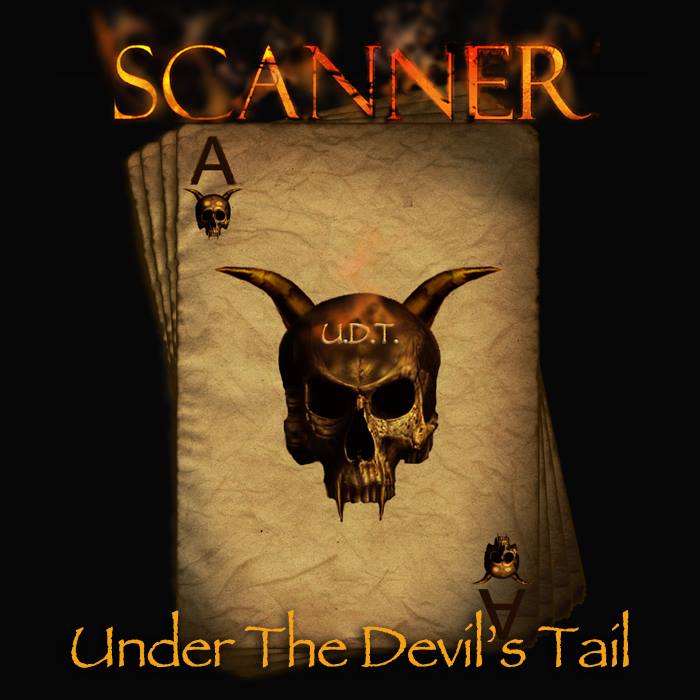 If there is one thing you are sure of getting with US outfit Scanner, it is a healthy and seriously persuasive outing of punk rock and so it is again with their latest EP, Under the Devil’s Tail. Offering four slices of unfussy rock ‘n’ roll sculpted with an openly accomplished hand and imagination, the EP embraces the mixture of old school punk, garage rock, and virtually every other rock ‘n’ roll scent you might imagine which has already fired up previous successful releases, boiling it up for another highly enjoyable stomp.

Formed in 1979 by lead vocalist/bassist Joe Brady and guitarist Junnie Fortney and adopting the name Scanner two years later, inspired by the David Cronenberg film Scanners, the Pennsylvania trio has become a potent part of the local punk scene. The current line-up, completed by drummer/vocalist Troy Alwine, was in place by 2012 and followed by the release of debut album One Foot In The Grave, And More Pissed Than Ever a year later, then live outing Exploding Heads in Harrisburg – Live Recordings From 1982, and in 2015 second studio full-length Splat. The latter saw increased attention looking the way of the trio which Under the Devil’s Tail will surely re-energise.

Maybe due to it only being four tracks, the EP seems less broad in its sound and adventure than within Splat but uses that restraint to nurture a character which is the heart of the band’s sound and more tenacious and persuasive than anything before. The release opens up with its title track, Under the Devil’s Tail strolling in on Alwine’s tempting rhythms which are soon joined by the equally teasing mumble of Brady’s bass. The hook spun out by Fortney’s guitar quickly after has The Damned all over it, a hue especially potent when combined with the continuing bait of that moody bass. Dirty rock ‘n’ roll soon consumes ears and song as Brady’s eager tones jump on board, the song drawing on a mix of seventies punk and pub rock along with heavy rock textures lured from across the decades.

More persuasive with every listen, it is a potent start soon eclipsed by next up Tapeworm which starts up like a rock ‘n’ roll Pere Ubu before note by note hints at greater Ramones like revelry in its cranky romp.  Like its predecessor, the song only strengthens its grip on ears and appetite over time though it too finds itself overshadowed by its own successor.

Without doubt Membrane Men emerged the firm favourite within the EP, its opening bass lure and subsequent synth misting deliciously Devo-esque before Dead Kennedy like devilry leaps on the imagination. The track hits the spot straight away, emulating its companions in tightening its hold and our involvement with every passing minute spent in its presence.

Final track is Hippie Authority Song, a slice of street natured punk rock unafraid to add some bluesy hard rock strains to its raucous escapade. As all the songs, it has mischief on its face and in its heart which alone endears itself whilst fuelled by a sound which refuses to be anything other than true to its instincts and inspirations. It all makes for one inescapably enjoyable time; a description fully fitting the whole of Under the Devil’s Tail which may not make your top ten end of year but will still be satisfying your punk appetites as others slip away.

Under the Devil’s Tail is out now and available through   http://www.scanner1979.com/Music.html

Tags: Devo, Exploding Heads in Harrisburg - Live Recordings From 1982, garage rock, One Foot In The Grave And More Pissed Than Ever, Pere Ubu, punk rock, RingMaster Review, Rock, Scanner, Splat, The Damned, The Ramones, Under the Devil’s Tail