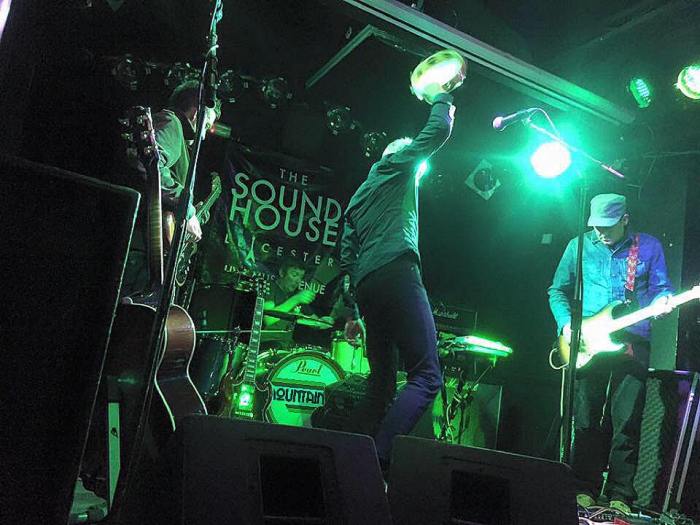 Having lured attention with their first pair of singles last year and even more when those tracks came together with further new offerings to form a debut EP, UK rock band MountainJam has more than suggested they are an emerging talent to keep a close eye and ear upon. The release of the Tamworth/Hinckley quartet’s new single Lemon & Lime only adds weight to that intimation and the sizeable potential already showing its potency within the band’s captivating sound.

A boisterous rock ‘n’ roll stroll bred with the spicy strains of alternative and indie rock aligned to fiery blues flames, Lemon & Lime shows another shade to the colourful tenacious weave of melody, harmony, and rousing energy which predominantly shapes a MountainJam song. Inspirations to the band comes through the likes of The Rolling Stones, The Who, Small Faces, The Doors, Cream, The Verve, The Stone Roses, and Neil Young, and as in previous songs here they are spices which, if not openly fuelling the encounter, reveal some of the sources to its imagination and invention. Formed early 2015, the foursome of Dean Dovey (vocals, rhythm guitar), Andy Varden (lead guitar), Nick Roberts (bass), and Pez (drums) soon caught ears and appetite with their double A-sided single debut Jealous Of Me/Lust last July and its quickly following successor Lord of My Hours. They subsequently became part of the release simply called EP which ignited even stronger awareness of MountainJam, an awareness which Lemon & Lime can only successfully reinforce.

The song cups ears in a sonic mist initially, intriguingly holding the senses as a pungent union of sonic tendrils from the guitars and resonance fitted bass tempting gets involved. With firm beats in the mix too, the track soon blossoms a heated mesh of enterprise against which the potent vocals of Dovey begin sharing the lyrical persuasion. In turn catchy hooks and a swinging groove join in the sweltering fun, bringing greater blues essences into the flowing and evolving landscape of a track. Such the resourcefulness of the songwriting and imagination, every roaming riff and twist of that evocative bait loaded groove seems to find another dimension within the song’s design, a shimmering psyche rock breath and pop rock tenacity further aspects breaking out within the festivity to prove the point.

For personal tastes Lemon & Lime does not quite match up to previous tracks The Lord of My Hours or Lust yet as all offerings from MountainJam to date, it leaves pleasure full and anticipation of more rife. If you are yet to explore the rock escapades of MountainJam then Lemon & Lime is the perfect tonic to get enticed by.