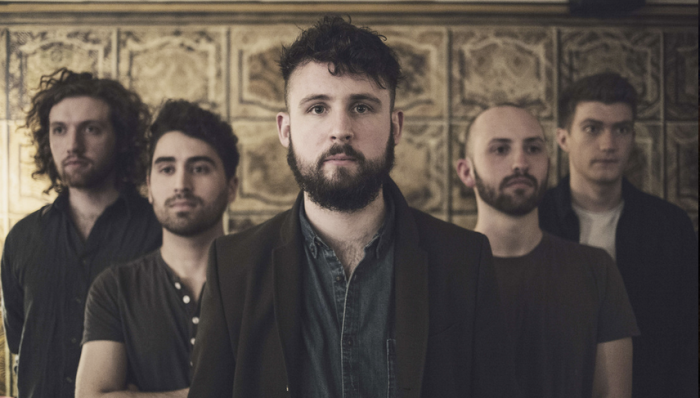 Having had our attention awoken and ears pleased by previous single Bark and Sticks it was hard not to take an intrigued and keen smile into the next offering from UK folk/rock pop band Kosoti. Gone Too Far is the band’s new release, a song which builds on the qualities of its accomplished predecessor and discovers some of the ingredients which it was also slightly lacking. Those elements are a potent addition to Gone Too Far, the song alive with a creative drama absent on its magnetic predecessor. The song starts as another inviting simmering engagement on the ear but evolves into an anthemic and emotionally rousing incitement to light the passions. 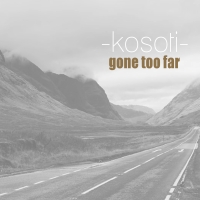 The beginnings and seeds of the Newcastle hailing Kosoti spring from a near death experience in 2013 experienced by lead singer and songwriter Allan Hyslop. Realising he needed to treasure every moment of his life by doing what he loved most, writing and performing music, Hyslop began linking up with musicians and friends to “write songs and enjoy each other’s company.” Around eighteen months ago new personnel brought a fresh spark to the band’s impetus and an emerging sound different to what they were crafting previously. The band released the War/Pirouettes single early 2014 following it with the acclaimed Cradle EP and the even more successful Bark and Stick, a song drawing in new fans and greater media attention with its release. In hindsight it too in was in many ways just a flavoursome taster for bigger bolder things, songs like Gone Too Far.

With Christos Worsley, George Hutton, Paul Holdsworth, Rebecca Gregson, and Seth Tinsley alongside Hyslop, the Adrian Hall produced Gone Too Far opens with an inviting caress of guitar wrapping the warm tones of Hyslop’s voice, an entrance added to by the supporting melodic tones of Gregson. There is an immediate harmony between the voices which provide a thrilling constant within Kosoti songs. The gentle smoulder of the track is subsequently infused with a burst of heat, bolder rhythms and evocative textures erupting for a few seconds to provide a hint of things to come before the song relaxes into another mellow but slightly more agitated emotive enticing. The climactic moments posing as a chorus return again and again with increasing effect, a creative and impassioned roar punctuating the sensitive moments of song and narrative whilst igniting richer hues of drama and emotional anguish.

It is a gripping element but so is the song as a whole with its intimate shadow kissed peace as compelling a presence as the dynamic eruptions. As enjoyable and impressive as Bark and Sticks and songs before were, they are outshone by Gone Too Far, a slice of aural theatre revealing new and exciting potential within the sound and imagination of the band.

Like Loading...
‹ Heights – Phantasia On The High Processions Of Sun, Moon And Countless Stars Above
Masters Of The Radio – Origin of Radio ›