Home › Music › Album › Heights – Phantasia On The High Processions Of Sun, Moon And Countless Stars Above

Heights – Phantasia On The High Processions Of Sun, Moon And Countless Stars Above 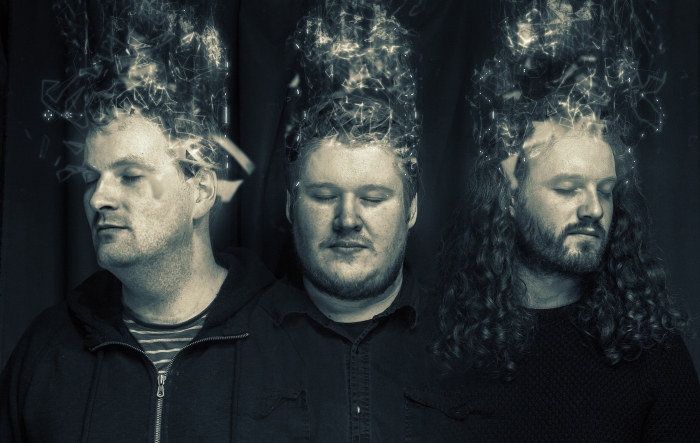 As in the size of its title, Phantasia On The High Processions Of Sun, Moon And Countless Stars Above is an epic proposition, an atmospherically expansive offering which is simultaneously an encounter of emotional intimacy. In similar fashion whilst being technically intricate and involved there is an organic and almost simple flow to the whole thing. The new creative emprise from UK band Heights, the album is the host of many contrasting things entangling in mesmeric majesty, combining and aligning for an irresistible adventure of aural beauty.

The trio take rich sonic threads from varied styles such as post and progressive rock, jazz and more classically seeded flavours, weaving them into instrumental explorations which invigorate ears and fascinate the imagination with a sublime creative seduction. Formed in 2006, this has been the way of the trio since day one. It is a flavour and imagination ensuring that previous releases like 2008 album Salvation and Trepidation and its 2010 successor From Sea to Sky, have been irresistible lures for the senses and magnets for acclaim. Now guitarist/composer Al Heslop, bassist John Hopkin, and drummer Jay Postones, also of TesseracT, return with their finest most transfixing creative emprise yet, a release which simply immerses the listener in unique and invigorating explorations of sound and sonic suggestiveness.

Phantasia, as we will call the album from hereon in to save space and time in your lives, opens with Universe Forming and swiftly entangles ears and thoughts in a gentle but evocative melodic embrace. A celestial atmosphere and warmth soaks the air of the emerging song, kissing the thickly enticing groove and sonic colouring which is soon filling the song’s spatial canvas. A melodic seducing lights up the now energetic stroll of the encounter but just as potently lays an emotive hue over more calmer, almost solemn moments. Each move within the song, and in those to come, are seamless twists in the landscape whilst rhythms provide a wonderful shading to the prowess of Heslop’s fingers and ideation. That shadow becomes a more vocal, almost predatory tempting further in the track, in turn sparking sultry and Latin spiced enterprise in the melodies. The track is a glorious start to the album instantly matched by its outstanding successor.

The eagerly prowling incitement of guitar and bass ignites Solar Bringer of Chaos Lunar Bringer of Light into life, their intriguing and beguiling venture springing a new greed in an already fully awoken appetite for what is in offer. Their bait takes ears into another flight through a vast soundscape of universal expanse but also veined by intimate and provocative tendrils of guitar and rhythmic imagination. It is impossible to project everything which goes on in a single moment upon Phantasia, let alone within whole songs themselves, but it is easy to say that the sonic persuasion and ingenious tapestries cast simply take body and emotions into sensational realms away from reality.

Through the climactic smoulder of Aeolus with its jazzy rhythmic enticing and the more agitated lure of Time Dilation, band and album engage and further involve the listener in sonic scenery which is as visually potent on thoughts as it is aurally stimulating. The first is an elegant romance of melodies and those unpredictable rhythms but with more danger lined shadows whilst the second of the two aligns feisty, bordering on volatile mini crescendos with emotively stimulating caresses. It is the darker essences which in many ways spark the emotional side of things for album and listener, ears certainly seduced by the flair and imagination of the guitar but it is the darker drama surfacing around this, especially in bass and drums, which trigger the cinematic stimulus pervading the release.

New Star explodes in a fresh dawn of infectious melodic light next, again the bright air nicely tempered but more so complimented by the throatier tones of bass, before the outstanding Centrifuge turns into an unexpected avenue of discord lined jangles, wiry grooves, and unbridled unpredictability. There is a free flowing essence to the whole of the album, an improv like suggestiveness which at times hints but in this riveting encounter simply engulfs ears and pleasure. Of course it is a planned and again superbly sculpted incitement but worming into the psyche with an organically flowing instinct.

That almost riotous enterprise continues in Perseids, a similarly bewitching encounter with a great grizzle to the bass and expansive textures to its invention whilst Heliograph and the following Astronomer explore more personal and creatively intimate emotions in their individual ways. That is another potent key to the success of Phantasia, though over an hour of in many ways intensive imagination and technical majesty, every song reveals a wholly unique character and presence within the growing and glowing soundscape of the release.

Emotions and thoughts continue to be enthralled as the virulently compelling Ballad Of The Space Time Continuum and the more low key but inescapably enticing On The Wings Of Astral Projection bring their own absorbing aural theatre, whilst ears are especially spellbound by the closing excellence of Everlasting. Rhythmically addictive from its first breath and sonically enchanting throughout, the pure captivation posing as a song brings the album to an intoxicating conclusion.

Whether taking tracks alone or the album as a whole, Heights have created a place to escape to and bask in whilst evading the trials of life and the shadows of the day. There is nothing grand in the intent of the band and their creative thoughts but everything majestic and epic in the results. Phantasia On The High Processions Of Sun, Moon And Countless Stars Above is a must for all progressive/post rock fans, heck melodic rock fans in general.

Phantasia On The High Processions Of Sun, Moon And Countless Stars Above is out now via Basick Records @ http://music.basickrecords.com/album/phantasia-on-the-high-processions-of-sun-moon-and-countless-stars-above and all online stores.