Home › Interviews › Unforgiving the black and raw: an interview with Thorns of Kult

Unforgiving the black and raw: an interview with Thorns of Kult 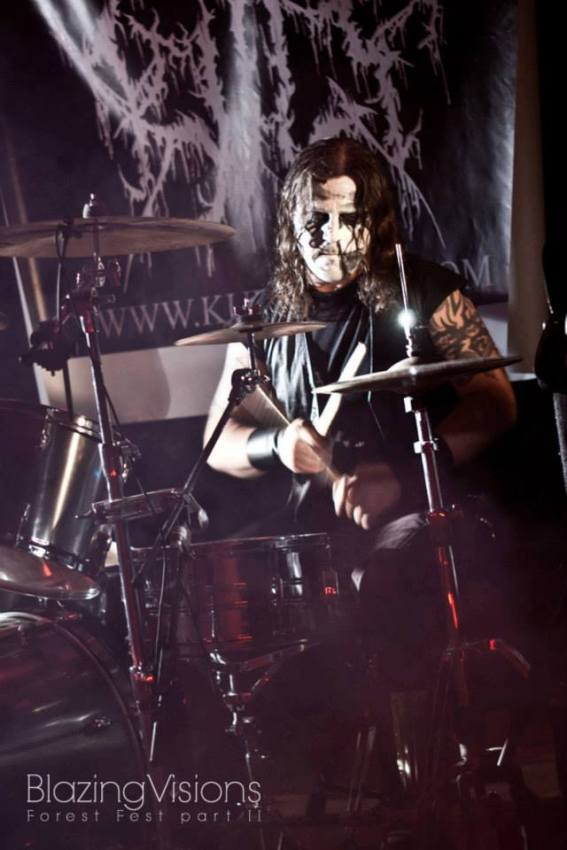 It has been six years in the coming but the return of Italian black metallers Kult with their second album Unleashed From Dismal Light has equally regained and reinforced the band’s presence and reputation as one of the rawest essential old school black metal provocateurs and ignited another fervour of passion from fans and those new to the band. With a new vocalist on board, the Como quartet has uncaged a force of sonic causticity, vitriol, and rapacious malevolence which provides the healthiest depths of satisfaction in its victims. To learn more about Kult, their new album, the long time between releases and much more we had the pleasure to talk with drummer Thorns.

Hello and thanks for talking with us at the Ringmaster Review. Could you start by telling us about the beginnings of Kult and the origins of its members?

Kult was born in 2002 with the only purpose of playing old school Black-Metal. The band released one demo tape, 2 albums and a split EP with The Stone so far. The band had some line-up problems during the years and also some problems with personal life that forced the member to stop activities for almost 3 years in the recent past. But actually I have to say we’re finally back to stay. The actual line up is composed by:  Kacele (guitars), D.White (bass), Tumulash (vocals) and me Thorns (drums).

You mentioned that purpose which came with the band has that intent changed or evolved over time?

Nope. Nothing has changed from the beginning actually. When the band was created the guys wanted to play old school and as you can listen on the new album after more than 10 year of existence, nothing has changed, and of course I can assure nothing will change in the future as well.

Your sound is bred in raw old school black metal as you say, what have been the influences over time which has seeded inspirations?

Well, as you can imagine we’ve grew up listening to raw music so our influences are actually from that. I’m the older guy of the band so I can speak from myself telling that Darkthrone, Burzum, Gorgoroth or early Immortal were my solid basis of my youth…but well I can also speak for the guys saying they loved hell bands like Armagedda, Craft or Gorgoroth as well…and we can definitely say we can hear that from our music!

You have just released your strongly anticipated second album Unleashed From Dismal Light, how has it been received from those waiting appetites?

I have to say that I never expected such a great “welcome back!” As I told before, the band had to stop for 3 long years and you know…a lot of people usually forget what it was so I truly believed a lot of people forgot about us…but I have to say I was wrong. A lot of people wrote us back saying they were happy to see we were still alive and kicking with a new album out. This was awesome for us…these kinds of things give you more energy and determination to go ahead stronger than before.

It has between six years between Unleashed From Dismal Light and debut album Winds Of War; you touched on it earlier but can you elaborate on the reasons for the long stretch of time?

Life sucks man…some of us got into some troubles with jobs, other personal issues about family…and also consider we’re not living so close (me and the other guys around 400km) so it is not easy all the time to get the right mood and be strong enough to “survive”. Sometimes you just need a break because it is too much. This is what basically happened within the band…but as you can see after all those problems were solved, the band rises back from the ashes with renewed energy and strength.

We suggested the album was not concerned in breaking down boundaries for black metal but concentrating on giving it a new and fresher toxicity and sonic pestilence to get excited about; a fair comment?

Not sure to understand exactly what you mean…but by my side I can surely tell that this new album is more powerful and direct than the first one…but if you listen carefully the music is also slower than the early composition. We actually focused on the songs, not asking ourselves what people would expect from us after a so long break. We could release a killer high speed album to get people some fresh meat to grind but we preferred going ahead completely true with ourselves, following our hearts. Mostly of the new songs are mid tempos or slow and the mood is more heavy and “pestilential” I would say. This is pure bone-breaking music, no bullshit! There are many bands out there playing fast…we’re not in the same race; we’re not looking for some medals! We’re not interested in competitions!! Do you want to get sick? Do you want to get mad? Do you want to get pain in the neck? “Unleashed From Dismal Light” might be what you’re looking for. Give it a try.

How has the creation and recording of Unleashed From Dismal Light compared to its predecessor and how would you say your sound and songwriting has evolved between the pair?

Well, to tell you the truth this album, except for some lyrics, is 3 years old. I mean we already composed it back in 2010 when we had the break. Everything was ready to be recorded shortly after but well, you already know the story. So basically I can say there is not much difference between the 2 albums except for the fact that on the second one it’s me on drums, and on the first one they had another drummer. Technically I can say the new one is more tight and powerful but musically I feel not much difference. Probably we could start noticing some years passed on new compositions but I can tell nothing about it right now.

What is the writing process with Kult?

Probably nothing exciting: the guitar player show the other guys some riffs and all of the band starts working on it. Average band modus operandi.

We already knew, knowing before his vocals style, that the album would have sounded completely different so we gave him the complete freedom to express himself the way he liked the most. We are friends since a long time ago so when we asked him to join the band we already had some kind of common vision of how the album should have sounded. We also downtuned the guitars/bass to give it the general mood. To be honest everything went better than expected ’cause I had an idea about the final result that Tumulash completely burned to the ground ‘cause he sung in a completely different and new way I didn’t expect from him. So yeah, today I’m more and more confident about the decision to take him on board.

Please give us some insight into the recording of the album and its raw unforgiving sound, was it as it hints at done as a live recording to achieve the rich merciless sound?

We didn’t want to record the new album in a proper studio this time…we wanted a raw approach that only someone who knows what we’re talking about can give it. So we recorded it in our rehearsal room (Beastcave Studios) with the precious help of a friend of mine that is a talented black-metal musician and sound engineer. We used our equipment and all the things we usually have in the dark room, so even if all instruments have been recorded separately like in a normal professional studio, the general mood sounds like a live recording. It is exactly what we wanted.

Lyrically the songs feel like a statement and attack on the toxicity in the world and us as people but also at times seem to carry a personal breath or essence of the writer, how much of the album is that close to the personal thoughts and experiences of the band?

Some songs come from the previous singer and have just been revisited and adapted by Tumulash, others have been written by Tumulash himself and they speak about some personal things I really don’t like to talk about. Some lines are quite clean to understand, some are more cryptic. Each listener can find his own way to decode them.

It is hard for any band to grab a spotlight when releasing an album, even a band like Kult with a strong and acclaimed pedigree from previously releases; how have you found it with Unleashed From Dismal Light especially within black metal circles?

Our previous label, French Debemur Morti Productions, did an amazing job some years ago spreading the Kult name all around and selling/trading a lot of copies as well…so well, when we recorded the new album we just sent some promos around and Folter Records was the fastest one which gave us a good offer. Actually we knew the label and the guy behind it for a long time so we quickly agreed to work together. It is always easier when you know the guys personally and there is some kind of mutual respect for each other work. 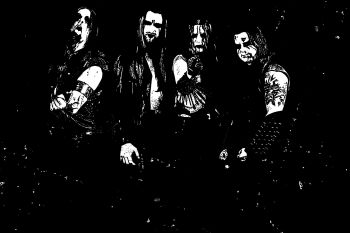 Can we expect a full on presence from Kult from now on live and from the studio, no six years before the next release? 😉

I hope not of course! ha ha! Kult are back to stay but you know, life is full of traps and misfortune behind every corner. The only sure thing, except Death, is that we have a lot of live shows booked for the next year including some interesting festivals as well, so no time to slow down even for a bit!

Talking of those live shows is there anything planned tour wise to promote Unleashed From Dismal Light?

We discussed many times with Folter Records about a possible tour for Kult but we need to check all the details each time. It is not easy ‘cause we all have a regular job but we’ll see what we can do. For sure we’ll play as much as we can and are talking about single shows or festival appearances.

Once again many thanks for sparing time to chat with us, any last thoughts you wish to share?

Thanks for the space. Give “Unleashed From Dismal Light” a listen.