The new album from Polish melodic post hardcore band GARS is a formidable landscape of open emotions and weighted textures which find home in a realm of depressive and shadowed cloaked atmospheres. Dealing with aspects of human tragedy, madness, and personal conflict, it is a release which is fully evocative even though lyrically the Polish only delivery hides the full extent of what one imagines is content as impacting as that of the sounds.

Released on No Sanctuary Records, Gruzy absolutu, rewizja symboli is the second album from the band following on from their debut full length Gdzie akcja rozwija się of last year and their Numer zero EP of 2008. The quintet of vocalist Przemysław Lebiedziński, guitarists Jakub Rusakow and Radek Skowroński, bassist Adam Piskorz, and Miłosz Rusakow on drums, has according to the promo for the new album brought a heavier slower gaited presence than before. This being our first introduction we can only go by that statement but certainly the consuming intensity and fully enveloping richness of the pessimistic coated sounds and massive consumption permeating them gives firm evidence to this evolution of the band’s sound. It is a superbly crafted blend of raging aggression and melodic elegance seamlessly and skilfully entwined for an impressive and enthralling result. As raw as it is heatedly engaging, the album is a triumph which lights up the passions and without doubt one of the highlight releases of the year.

Mixed and mastered by producer Jack Endino (Nirvana, Skin Yard, Mudhoney), the album has a clear and uncluttered sound which 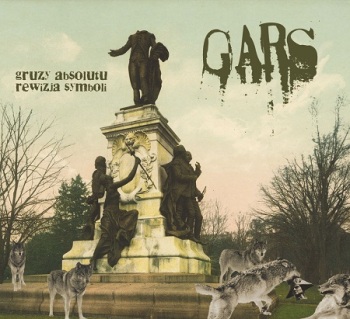 allows all the subtle and imagination elements to find clarity and union within the harsh uncompromising overall breath of the release. It starts with the initially blistered air of opener 101112, an instrumental which connects to and ignites emotions, its tonal evocation and melodramatic strings inspiring dark imagery. This merges into the following confrontation of 270492. The track begins with the same subdued whisper of the starter around a spine of sinewy rhythms and hard staring bass riffs. Into its stride the song brews a caustic cloud of sonic grazing and vocal squalls, all short of furnace intensity but fully impacting in their effect. Continuing to blend the gentler and coarser elements with ease the track is a potent full beginning to the release.

The stark yet fiery stances of 280908 and 111111 both capture the imagination next with their sizzling hot guitar weaves, prowling basslines, and drums which are as uncompromising as they are unpredictably inventive. The first of the two has a shifting distressed presence with despondence, anger, and darkness of the heart pervading ingredients upon the senses. It is the melancholic strings which kiss the air at the climax of the track though which leave the biggest impression to fire up further emotive thoughts. The second is a similarly shaped track in sound which a twist of dual vocals to its passage and great drone like qualities to the groove which appears throughout, not forgetting the ferocious climactic fire it finishes on. If there is any ‘flaw’ with the release it is a similarity in what are admittedly few rather than many moments on the album but it can at times cause a blending of songs if not giving full focus to  them as with this pair.

This is not something you can place upon the best track on the album 01054. It is an abrasive pleasure, every member spoiling peace with their distinct intimidating skills and corrosive sounds. The first part of the song is a crawling sonic infestation which evolves into the eventual groove metal beast of insidious infectiousness and mesmeric contagious grooves. It is a glorious violation which out shines the other impressive slabs of excellent aural attitude.

Completed by the sprawling density and acid of 260112, the synapse challenging climate of 271005, and 120399 with the returning strings accompanied by a gorgeous female voice again emerging the senses in overwhelming yet magnetic atmospheres, the album is an outstanding encounter which fans of bands ranging from Neurosis, Amen Ra, and Deftones will find a deep resonance with. Accomplished in quality and individual skills, and powerful in ambience and atmospheric manipulation, Gruzy absolutu, rewizja symboli is a should investigate release.