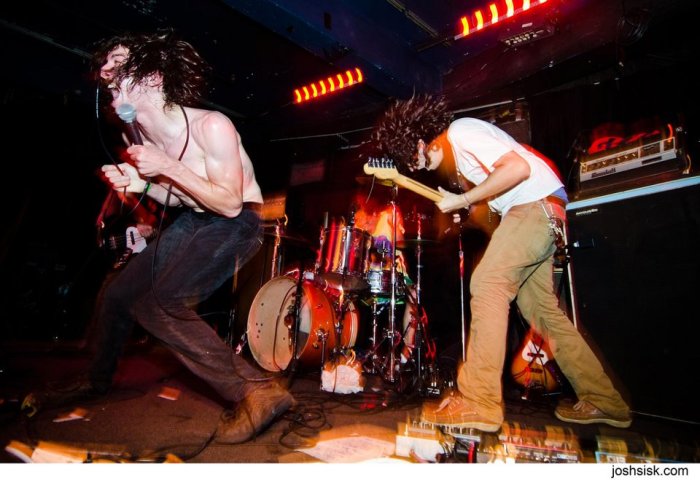 Baltimore band Dope Body is predominantly tagged as noise rock but they should just be under the category eclectically unique. They are likely to be alone in the list which is as it should be as despite the band drawing on a flourishing feast of influences and suggestions no one truly sounds like or comes near to Dope Body. With the release of their new album Natural History they have widened further that divide between themselves and the rest. There are plenty of exciting and discord driven noise rock artists out there but none use the tools with an imagination and skill to create songs which are maybe raw and jagged in their surface but have a rounded balance, an instinctive and rich life, and are near abhorrently senses disassembling.

Natural History is the second album from the band and named after the The Museum of Natural History in their home town where they played their first and meant to be one off show. Formed in 2008 the band felt and knew from the destructively chaotic sounds they were creating and success of the night this all felt right so they continued gigging and creating. Released via Drag City, Natural History is pure sanity bending air fragmenting sonic poetry and possibly the best aural treat since the big bang. It is a release and sound which will work for you or not but if it does its genius in its simplicity and complicated inventiveness.

How to describe the band? Well it is impossible as you will see when we mention some of the tracks but imagine a primal mix of At The Drive In, Hot Hot Heat, Morkobot, The Three Johns, World Domination Enterprise, and most definitely early Wire. Oh you can add a slither of your favourite sludge, stoner, and grunge band too for good measure…and still not really come close. It is an individual sound to the band which will bring different references from each individual who hears it, something one wishes all bands would give the problem of.

Dope Body makes initial contact through the disorientating Shook. At first it drops falling essences of sonics through 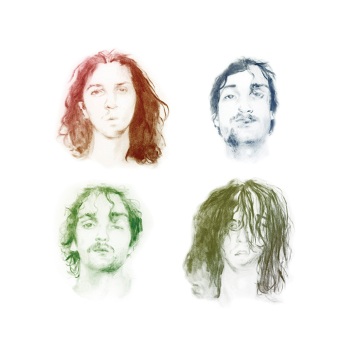 the air before a bass pulse begins its bruise of the atmosphere and the vocals of Andrew Laumann score the ear with caustic and disentangled melodies. Air ripping and blistering the song is a sludge/doom driven intensity littered with inquisitive and ultimately challenging pokes and disturbances, a mighty corruptive start to check if one is up for the fun ahead.

The following Road Dog is quite simply wonderful and the first of an unrelenting feast of brilliance to leave one breathless and with the biggest smile possible. Stirring up the ear with prickly guitar strokes and near smooth melodies alongside perfect infectious hooks, the song explores the senses with acidic enterprise around the prowling bass of John Jones and the eager vocals of Laumann. It has that primal early Gang Of Four rhythmic core with a Clash/Rocket From The Crypt punk sound especially with the additional mid reggae additive. The garage feel of the song is strong too and all in all is simply magnificent.

Beat and Twice The Life manipulate and ignite the passions further. The first is a striding beast of discord, its bulk rippling and pulsating with sonic guitar from Zach Utz and ear splicing melodics which spear the air with predatory menace and venomous intent. The track circles like a ravenous wolf its sounds gnawing on bone and synapses to leave one floundering in pure bliss. The second takes a lighter approach with the unpredictable rhythms of David Jacober puncturing its distressed yet mesmeric warm breath, again that reggae/punk air lights up the senses. Of course the song is wonderfully as disturbed as ever.

Arguably the best track on the album Powder is pure infection and just as dangerous as any illicit contagion. Insatiably eager and disturbingly joyful, the track with a grin as sinister as the hook is impossibly irresistible, easily and willingly draws one into the riot of senses fragmenting ingenuity.

Every song is immense; the snarling caged manic Out Of My Mind and the twisted rock n roller Weird Mirror just two delicious slices of further brilliance. That is the most apt word for the whole of Natural History and when a release ends on a bonus track like Alpha Punk, a near one minute pure Wire homage with the song sounding like the bastard cousin of Mr Suit or 1.2.X.U., you know it has been something special.

Dope Body is without doubt one of the most exciting bands in music right now if not the most and Natural History quite possibly album of the year, it will take something truly outstanding to match it.

Like Loading...
‹ Ricky Ferranti & The Rusty Miles: Rusty Miles
This Years Winner Is play a special acoustic session for The RingMaster Review. ›