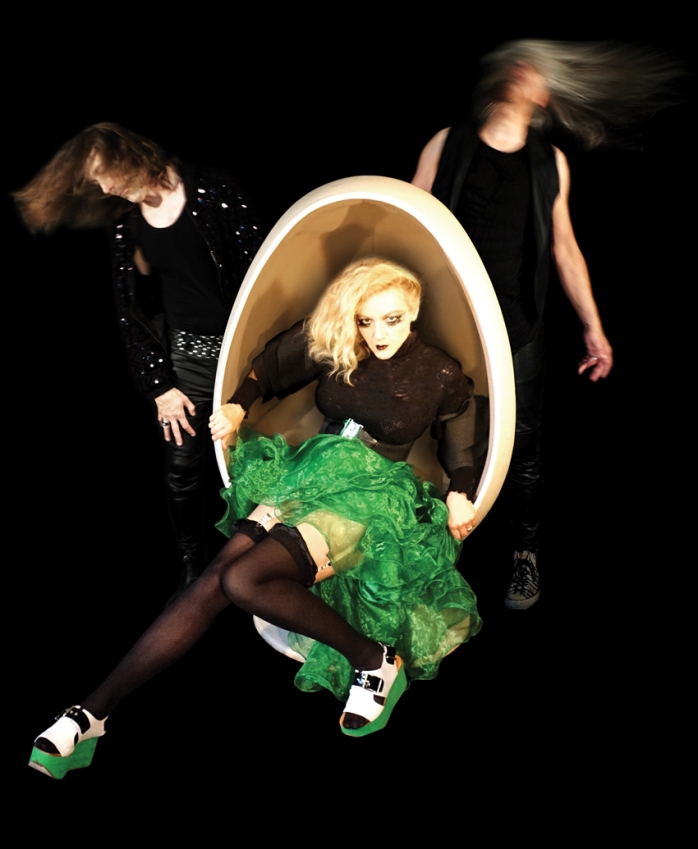 Though last year we came to the third album from Das Fluff late, we devoured the temptations within Flower With Knife last year like a kid in a candy store. Released in 2016, it introduced an artist who had an instinctive agility in grabbing attention and ears whilst seducing the imagination. It also sparked keen intrigue and anticipation for the full-length’s successor which the band was beginning to breed at the time we discovered the release. Now we stand poised on the lip of the release of Anxiety Dreams and all we can say is if you were wrapped up in the pleasures of Flower With Knife and its predecessors you really have only been dipping your toes in the post punk electro rock filth fuelled delights of Das Fluff.

Das Fluff is the creation of Berlin/London-based vocalist/writer/producer/rhythm guitarist Dawn Lintern, an artist who like the band’s sound just evolves and grows as an artist by the record. Alongside her is long-time collaborator Christian Ruland, a similarly magnetic presence with his electronic and visual art prowess. 2011 saw the release of debut album Would You Die for Me? with Meditation And Violence following two years later. Both encounters awoke ears and attention to the dance and drama loaded enterprise of the project though it is fair to say that it was the acclaimed Flower With Knife which really awoke a whole new wave of recognition and fans. With lead guitarist Joe Dochtermann alongside the pair, Anxiety Dreams can be expected to ignite even greater and broader awareness amidst a tide of plaudits the way of the band with its every breath, layer, and shadow echoing the intimation of its title.

The album roars into life with Millennial, a track which instantly had appetite and imagination on red alert as fluid electronic squirts align with inescapably coaxing beats while electro punk tendencies gather. In no time it breaks into its infectious stroll with Dawn’s melodic tones as mercurial in expression and attitude as the sounds around her. It is a rousing start to the album, a magnificent trespass of temptation and multi spiced sound seeing lips being licked for what is to follow.

The album’s title track is next up providing a prowling enticement with a matching vocal intent from Dawn as rhythms pulsate. Its electro post punk swells remind of Fad Gadget, an inherent catchiness which lines every dark breath and flirtation within the excellent seduction before Bleed Me Dry brings its own almost tenebrific yet radiant climate to immerse within. There is a far heavier tone and intent to the song compared to the previous one, an imposing threat cast by determined rhythms, the brooding bass of guest Wendy Solomon, and a gothic lined tone which is defiant and bold in its attitude. 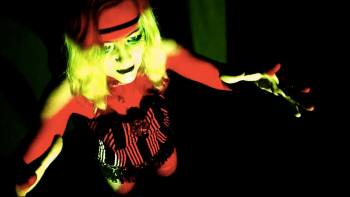 Next up is Ringmaster, already a favourite offering from the band here. Released as a single and teaser earlier this year, it is a song which we have a natural connection with not only through its name but in the fact we somehow managed to be a part of its inspiration or rather our review of Flower With Knife was. A richly alluring serenade with a lively energy and pulse, the track rises from a sonic sigh and melodic caress with the ever magnetic presence and tones of Dawn leading the way. Immediately there is a drama to sound and voice; words emulating the theatre as the song’s sawdust earthiness colludes with melancholy lit but elegantly seductive harmonics. As burlesque nurtured shadows continue to envelop the darksome heart of the encounter, a Stevie Nicks-esque hue tinting the vocals, intimate shivers breed at the lure of the crepuscular but starry romance.

Through the irresistible strains of the rather outstanding Animal, a punk bred slice of rapacious electro rock with a deviously manipulative swing and imagination and the predacious almost vaudeville like antics of Freaks, the album evolves yet another shade of adventure and invention. The first of the two manages to be simultaneously hypnotic and feral, Dawn coming over like an especially magnetic Siouxsie Sioux within The Creatures like heart of the track while its successor probes and teases with feline grace within a dark visceral captivation as untamed as it is seductive.

The apocalyptic shuffle of Obey is a web of samples and stirring enterprise where dark predatory clouds and sonic winds trespass the psyche amidst melodic viscera and vocal dynamics. As its rhythmic incitement invades hips, the track invades thoughts and fears with devastation in its dust. As the previous track and Ringmaster, the song sees additional guitars from Stefan Missfeld to add to imposing drama so easy to devour though it still gets firmly overshadowed by the simply glorious affair that is The Cure. Smouldering surf kissed strokes of guitar are the first seduction on offer, Dawn’s melodic prowess the second with both undiluted seduction from the start. There is an intimacy to the album’s best song which feels like you are the focus of its intent while a sixties glaze just adds to its beauty, Dawn like a bewitching blend of Susan Maughan and Chantal Claret but as unique as the music hugging the senses.

The final pair of Rise and Supervolcano ensures that Anxiety Dreams leaves with a lingering touch and tempting. The former also has sixties pop colouring to its much more intense dynamics and suggestiveness nurtured by conspicuous imagination and equally lays blossoming seeds in thoughts for best song honours with the latter matching its fascination through its climacteric breath and inevitable destiny built upon portentous temptation and shamanic beguiling.

Anxiety Dreams is a release with so much in its intrigue carrying layers and diverse depths that each outing is a fresh adventure. We were already locked in an on-going affair with Flower With Knife but quite simply its successor leaves it trapped in its shadows as Das Fluff treads a whole new plateau of creative sorcery.

Anxiety Dreams will be released September 20th via Sohappymusic.