Home › Music › Album › The Filthy Tongues – Back to Hell

The Filthy Tongues – Back to Hell 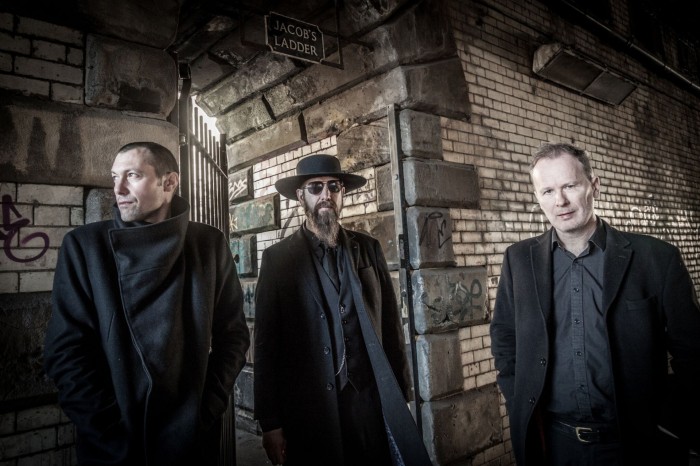 Two years ago Scottish band, The Filthy Tongues released a debut album which quite simply blew us away. It was a striking and increasingly haunting incitement of “caliginous flavours and textures.” Such its gothic beauty and immersive intimation we wondered if the trio had already laid down their finest moment and would struggle to match let alone eclipse its majesty again. Oh fool us! The band has just unveiled its successor in Back To Hell, a web of instinctive drama and invasive magnetism which puts its predecessor and pretty much most things this year to date in the shade.

Edinburgh hailing, The Filthy Tongues consists of vocalist/guitarist Martin Metcalfe, bassist Fin Wilson, and drummer Derek Kelly; the three previously members of Goodbye Mr Mackenzie and Angelfish alongside Shirley Manson. After the demise of those bands, all ventured into different projects, musical and not, before Wilson and Metcalfe came together as acoustic duo The Filthy Tongues, named from a phrase from a Goodbye Mr. Mackenzie song. This project subsequently evolved, the three gents back creating together and vocalist Stacey Chavis joining what would become Isobel Gowdie & the Filthy Tongues (to become Isa & the Filthy Tongues). Moving on, the band became three again and The Filthy Tongues with the startling Jacob’s Ladder the irresistible wake-up call to their presence and dark world. That first album was a tapestry of sound and styles; everything from dark rock, garage punk, surf, dark folk and post punk aligned to plenty other rich flavours as the band created almost salacious realms of seductive craft and gothically shadowed deeds. Back To Hell is more of the same yet a whole new landscape of manipulative imagination, riveting sound, and lyrical weaving.

As its predecessor, Back To Hell ventures through the dark claustrophobic underbelly of the Old Town in Edinburgh yet equally it incites the imagination to broaden its landscape and conjuring. It opens up with the addiction sparking Come on Home, a track instantly sharing an electric mist of intrigue and dark suggestion before springing an infection fuelled stroll stalked by the vocal prowess of Metcalfe. Like the sounds, his voice has a dirt clad texture, a gravelly tone which just draws you into the narrative and atmosphere of the developing aural theatre. Keys similarly bring a teasing suggestion to the mix as rhythms and guitars openly simmer. Swiftly hips were swaying to its call, head rocking to its swing and voice aiding the wonderfully tainted harmonies. The band’s new single, it is just superb, that haunting quality in their music already seducing via keys and voice as guitars weave and rhythms coax. 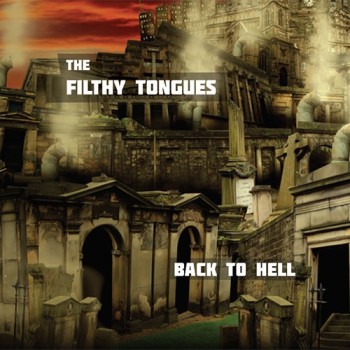 It is an outstanding start reinforced by the senses transfixing tale of The Ghost of Rab McVie. Strings and their electronic counterparts quickly infest the imagination, the first from the suggestive touch and craft of Susannah Clark. Metcalfe is soon within their descriptive midst, voice similarly nurturing thoughts as the song leads the listener into its melancholic heart. There is a beauty to it though which just seduces ears and imagination but with an earthiness keeping the dark surroundings fully in view before the album’s title track provides the gateway into a nefarious journey. Feeling like being trapped in a Celtic Wickerman driven nightmare, the song simultaneously overwhelms, indeed suffocates, and seduces all with increasing intensity. It is quite superb with the craft of Clark simply irresistible.

Mother’s got a Knife follows, its animated shuffle also getting under the skin within the first dance of enterprise before slipping into a smouldering glide; repeating the captivating cycle in swift time. Like a mercurial fusion of Th’ Legendary Shack Shakers, The Bad Seeds, and Wall Of Voodoo with a Josef K lining, the track was another which seduced and enslaved with ridiculous ease such its masterful imagination and virulent breath.

Next up Leper Town was just as persuasive, its pop infested rock ‘n’ roll reminding of a few  in some small ways but as ever, so unique to The Filthy Tongues as it had body and thoughts bouncing and appetite for their invention greedy. That individuality is never absent from a song as proven once more by Carlos the Jackal, menace and tenebrific elegance soaking its predacious yet infectious prowl while Who are you? is the band’s creative theatre at its most compelling and beguiling. It too has a threat in its air and beauty in its dark drawl; addiction for its creative alchemy once more inescapable.

The album goes out on the mesmeric croon of Take it, a song with a whisper of U2 meets Helldorado about it and a dirty laced grace which just fascinates as layers of sound seduce. It oozes beauty, loneliness, and temptation; a crepuscular radiance of sound and emotion which steals attention from the real world.

It is a glorious end to another extraordinary encounter with The Filthy Tongues. Their Jacob’s Ladder was one of the essential releases two years ago, Back to Hell is THE most vital release of this so far and hard to see being eclipsed too often over the months ahead.

Back to Hell is released May 25th through Neon Tetra / Blokshok Records.