Home › Interviews › The lure of the moon and serenades; exploring Amycanbe with vocalist Francesca Amati

The lure of the moon and serenades; exploring Amycanbe with vocalist Francesca Amati 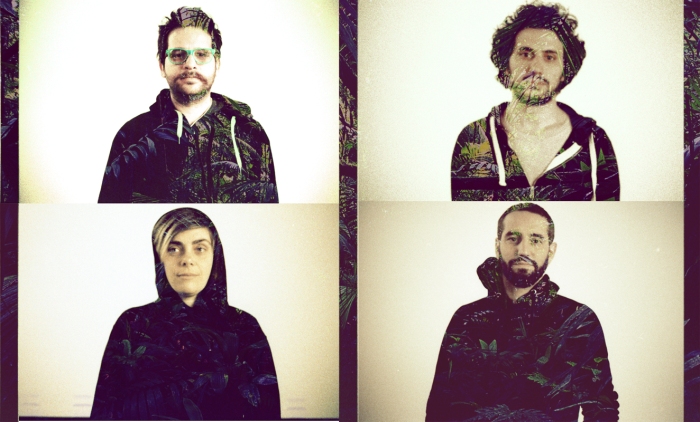 Hailing from Cervia in Italy, Amycanbe has become a firmly established and eagerly supported band on the Italian rock scene. Their alternative pop bred sound has also taken the quartet around the UK, playing plenty of shows all adding to their growing reputation.  With three albums under their belt, the third in Wolf still successfully luring new fans the way of the band two years after its release, we grabbed a moment with vocalist Francesca Amati to find out more…

Amycanbe planted its seeds in 2002 and formally started playing outside Mattia’s white garage in 2005. Marco and Mattia came to see a gig where I was singing. They asked me if I wanted to join them…I said yes…and Amycanbe began! The story of the band also counted other musicians, Paolo at the brass instruments and Glauco at the guitar. For the moment, Amycanbe are four people Marco playing drums and piano, Mattia playing guitar, another Mattia playing synthesizers and samplers and me,

, singing and playing piano and drums.

So you have been involved in other bands before? How has that impacted on what you are doing now, in maybe inspiration on style or direction?

I played in Comaneci since 13 years and work with many other bands, Ronin, Godblesscomputers, Bob Corn, Three Lakes, Giovanni Succi, Bewider…whenever there is a possibility I try to collaborate with other bands. It is extremely inspiring and I always feel I have something to learn!

It had to be something like ‘It’s Supercalifragilisticexpialidocious’! I have a very good friend called Amy…it just came Amycanbe!

I believe we just want to play music and write songs. We want to sound sincere and develop something which sounds like us!

How have things evolved over time in the aim of the band?

We [have] evolved playing in Amycanbe. The sound followed our growth so it changed with our personal life changes. We still love to play together and this is still our main drive!

Also since your early days, how would you say your actual sound has grown?

As I said before, we are growing up with our music and our music is growing up with us. We are still very curious about any form of art and about different kinds of music. We are influenced by different things, depending on what happen in our lives. I believed what and how we play changes depending on things we happen to meet in life!!We started with songs probably structured in a more standard song-writing way and now we are exploring more electronic sounds and different ways of using my voice, for example.

Every change with the band has been an organic movement of sound or more you deliberately wanting to try new things? 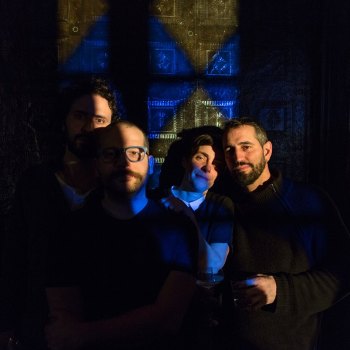 I think already these two things go together. I believe that the willing to try new things is a really organic movement!

All four of us listen to a lot of different music and we love to share the listening. We have definitely widened up our music and art culture playing and spending time together. There’s so many bands and sound which influenced us over the years that it would be constraining writing here few names!

There’s usually something I want to talk about and most of the time music is the best way I find to communicate!

Mostly from what I read in books or magazine and from stories people tell me.

Give us some background to your latest release, your album Wolf.

It’s about regaining freedom through wilderness. I live in a place where wolves came back after 300 years. With Amycanbe we had to feel like a herd of wolves even if we lived far away from each other and I think it happened.

Also can you offer us some insight to the themes and premise behind it.

The research of a need connected to nature could be the main theme of our last album. 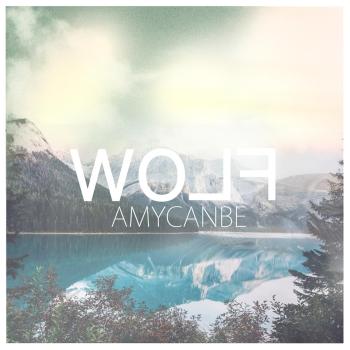 It depends. We don’t have a strict method when we decide to record. Some songs are pretty much done others get transformed during the recordings!

Tell us about the live side to the band, presumably where the band really comes alive?

We love playing live shows. The songs have their own life all the time we play different gigs. The fact that people can actually see us as bodies and as performers is really fulfilling and challenging.

We have been playing for more than 10 years and we are still very satisfied and happy with it. We are free to decide what and when to write. If you keep doing what you love and you believe in it I am sure you’ll get a lot of satisfactions. The goal is to create something durable, which grows in time instead of fading out.

How about the internet and social media, how has that impacted on the band over those years? Many bands struggle with it; do you see it as something destined to become a negative from a positive as a band grows and hopefully gets increasing success?

If you use internet and social media with consciousness like any other things it will work. It is very functional to any sort of business or work if you don’t forget you are also a living person and an actual performer. We are happy to exist more in real life than on internet!

Check out their album Wolf @ https://amycanbe1.bandcamp.com/album/wolf