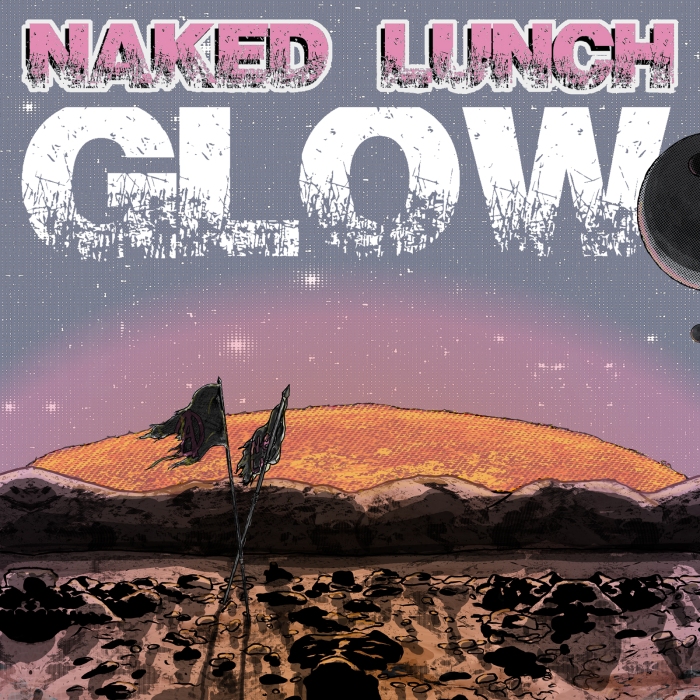 UK electric rock provocateurs Naked Lunch continue their impressive return with another delicious temptation of electronic enterprise and electro punk seduction through new single Glow. Since reforming in 2012, the band renowned as one of the most influential and provocative founders of UK’s electronic rock scene even in their relatively short presence originally, has already stirred up keen nostalgia and ravenous new adventure with their previous singles Alone and Slipping Again, Again earlier this year but Glow takes things up another step as the band’s most potent moment yet.

Consisting of band founder vocalist Tony Mayo with original members Mick Clark and Cliff Chapman alongside Paul Davies who was in one of the band’s earlier line-ups, and newest members Mark Irvine and Jet Noir, Naked Lunch have easily fitted in with the deeper wealth of electronic bred sounds and genres flirting with the ears today. Having been one of the original starting sparks to the scene way back in 1979, it is not unfair to wonder if the London sextet would struggle to rise above the constant flood of bands and numerous deviations spawned from that original eighties seed of electronic imagination. Their first pair of singles certainly dispelled any doubts whilst Glow shows and suggests there is real potential for the band again to inspire thoughts and sounds of those to come after their shadow.

The single opens with a dazzle of electronic spotlights sparkling within a brewing melodic ambience, an opening caress soon joined by pulsating beats and the grizzled tones of Mayo. It is an absorbing collusion of melodic beauty and the sinister menace of vocal expression, an instant recruitment of the imagination which is licked further into life by the seductive backing support of Jet Noir and the expanding exploratory keys and guitar. The song is a web of enticements and enterprise, never veering from its course but colouring the landscape with magnetic and smouldering creative radiance. The scything strokes of guitar and resourceful synth invention entwine to also enslave the senses from start to finish and with loud whispers of Yello and more so Landscape to the unique voice of the song, it is pure addiction making contagion.

The single also comes with two remixes, the first a riveting interpretation from Farmacia bringing a darkly flowing sinister breath to the track and the second an expansive techno version provided by Technomancer. Though neither matches the original, both and the first of the two especially, crafts a new pleasing facet to the songwriting and composition of the song.

Glow is Naked Lunch on a pinnacle, debatably their loftiest since day one many decades ago and another reason why it is easy to assume the band will be again leading new bands and artists into musical temptations to embrace and help fuel their own invention.