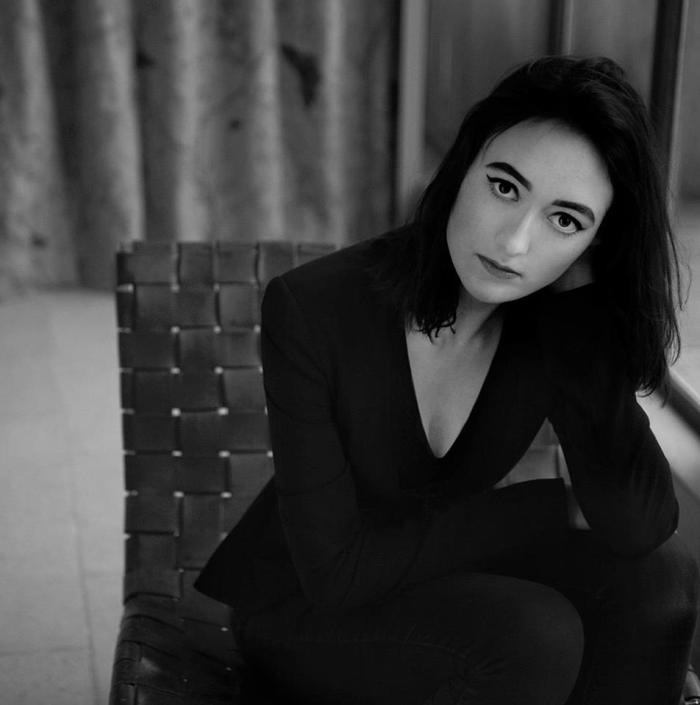 From the irrepressible persuasion of excellent debut EP These Streets, The Graphite Set ups the lure to full on seduction with new single Grayson Perry. Inspired from reading the autobiography Portrait of the Artist As A Young Girl by the English artist of the same name, the band stretch the already compelling boundaries of its predecessor to create an encounter which is rich in adventure and energy whilst showing that the songwriting and sound conjured has numerous avenues and discoveries waiting to be explored.

The Graphite Set is the artistic project of London based, East Lothian girl Lily Buchanan, who from the first kiss of her debut release has instilled herself as one of the most potent merging British artists in recent years. The four track EP woke up an appetite for her immersive sounds, a hunger which ensured strong anticipation for the new single. The instilled greed for its predecessor is satisfied and more with the Thumbscrew Music released Grayson Perry, a song which strokes the passions with its healthy eighties swagger and twenty first century enterprise.

With Ed Seed and Duncan Brown on the song by the side of Buchanan, the track stomps in with big crisp beats and guitar coaxing which

is soon joined by a deep throated bass beckoning and the darkly seductive tones of the lady. That eighties hint is clear from the start with the uncluttered and compelling introduction and hangs around across the whole of the increasingly infectious song. Fully into its stride with the first run of the chorus reinforcing the contagion, the track slips in a wonderful ska temptation from the guitars whilst the breath and presence of the encounter presents a stronger post punk calling which at times reminds of The Passions. It is a riveting song which just pulls on the passions with greater majesty the further into its heart it goes.

The second track on the release is the full version of the title track, the song expanding into a potent evocative finale where it loiters to offer a sultry dance on the senses and imagination to take the already intensive lure into full on seduction. It is followed by Time which alongside the three musicians also features Katherine Blamire of the Smoke Fairies on guitar. Opening with a gentle guitar caress and matching ambience, the air is soon smouldering with the absorbing tones of Buchanan, her distinctive voice a dark angel on the warm mesmeric flight of the song which is a ride which reveals greater fire to its adventure and imagination though bass and piano whilst the scorching narrative of guitar from Blamire just immerses thoughts and emotions into an invigorating evocative soak.

The song makes a scintillating companion to a magnetic lead, and combined the songs and The Graphite Set provide the year with one of its most enthralling and masterful singles, not forgetting one of the most deliciously irresistible.