It is impossible not to be strongly enthused by the debut album from Italian stoner rockers DSW (Dust Storm Warning). It is not without inconsistencies but they diminish against the power and creative storm that is the release Dust Storm Warning. Consisting of eleven burning tracks of stoner rock brought with a sixties psychedelic imagination and desert rock rawness, the album evolves from something impressive to something essential for all genre fans to add to their personal playlists.

From Lecce, the band began in April 2010, with its early period seeing a few line-up changes before they released their debut EP Dawn Storm Watchers. With a subsequent change of vocalist after that bringing the band to a line-up of guitarist Marco Papadia, bassist Stefano Butelli, drummer Fabio Zullino, and frontman “Wolf” Lombardi, the settled quartet entered the studio to record Dust Storm Warning in the September of 2011, the release emerging as a fiery brew of Kyuss, Colour Haze, Red Fang, Sabbath and more within its stirring soundscapes of sonic intrusion.

Released though Acid Cosmonaut Records, the album takes no time in capturing the imagination with opening song 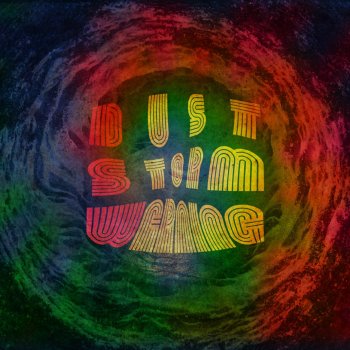 Outrun. A straight forward slab of salty desert rock and the first song written by the band, the track consumes the ear with a rubbing persistent energy and scorched guitar melodics. Arguably not a song to stretch the realms of aural invention it nevertheless gives the senses a feast of compulsive stoner sounds to set the release off strongly.

The dusty lumbering crawl of Space Cubeship takes over next, its enveloping cloud of tight sonics and oppressive riffs a hypnotic abrasion to explore closely. Again maybe not the most groundbreaking song musically but still a thoroughly absorbing and inciteful track with an emerging groove to devour eagerly towards its climax.

After the heady 666.1.333 with its flaming caustic groove and twisted psychedelic sonic spears of sound alongside the excellent raucous gravelled tones of Lombardi, the album continues to offer marked invention but loses some of its surface impact at the same time. Whereas this song spans a diverse and incendiary soundscape to leave one breathless the first two instrumentals on the album, Dune and Sherpa, plus the track which splits them, Lonely Coyote, fail to give the same intense burn of pleasure. Dune is a brewing ambience, its shadows and focused melodic veins beautifully presented but lacking the trigger to ignite more than respect. The middle one of the three is another harsh yet pleasing rub which feels like the continuation of its predecessor, and though it arguably offers more emotion, mainly through the vocals, it still leaves one satisfied yet underwhelmed. The trio of songs are seemingly related as Sherpa again continues the journey in a similar fashion, again impossible to dismiss but lacking the flint to spark strong reactions, something the album immediately addresses with the best tracks on the release, and coincidently another consecutive trio.

Monkey Woman is just an unbridled brawl of grazing energy and riffs spined by another irresistible groove, its hook acidic and sharp to scar the senses pleasingly. It has a feistiness and enraged heart missing from the previous triplet of songs to bring one back to the boil and ready for the giant which is Trippin’ the Drill. As intrusive and persistent as the title subject, the track attaches itself with a variation of pace and energy without allowing that niggling rub to diminish in effect or intensity. From guitars to rhythms there is a zealous presence which is tempered yet incited by the again excellent vocals and probing bass of Butelli.

Though both songs challenge the biggest highlight on the releases is Rise, a song which slowly burns its way into the senses and thoughts and  lingers long after its departure. The guitar manipulations at the beginning mesmerise whilst equally challenging the synapses with acute dynamics to leave them smarting. The tone darkens as a melancholic guitar breath emerges alongside the bass and vocals bringing a coarse Pearl Jam like smoulder across the lava melodic expulsions. It is glorious, its unpredictable expanse  thrilling.

Closing with the enthralling devastation of third instrumental Wasteland and the climactic Requiem, the album is a powerful and deeply satisfying tempest of stoner rock. Maybe DSM have yet to find their really distinct persona in the genre but Dust Storm Warning shows they are well on the way and leaving impressive sounds along the way.