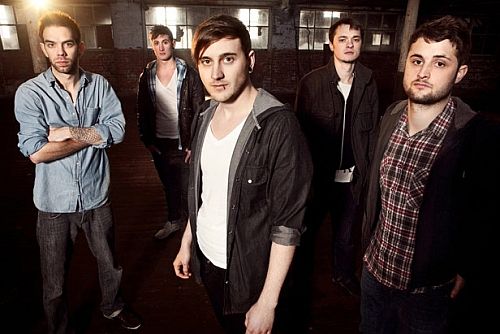 UK pop punk/rock band Promise Me Tomorrow have steadily made a growing impression on the British rock scene with their eager and well formed melody veined songs and  hard work attitude. January 23rd sees the release of their mini-album Through It All and their next step to bigger and more expansive things. Complete with boundless energy and vibrant songs the release offers up Promise Me Tomorrow as the next band top challenge to the leading pop rock bands currently gracing the UK and already ahead of a great many others.

From Kent and formed early 2010 the band has already made great strides with their clean cut up-beat sounds tinged with essences of punk capturing some national airplay and sharing stages with the likes of Army of Freshmen, Pegasus Bridge, Francesqa, Paige, Summerlin and Jody has a Hitlist, and The Morning Of. The same year saw the band release their debut EP This Picture, A Memory but it was 2011 and the single ‘You Haven’t Seen The Best Of Me’ with its video that saw the band made a deeper mark and draw firmer attention, something the new release will reinforce and enhance.

Through It All is a strong solidly rounded album though it is not until halfway it really ignites. Throughout it offers 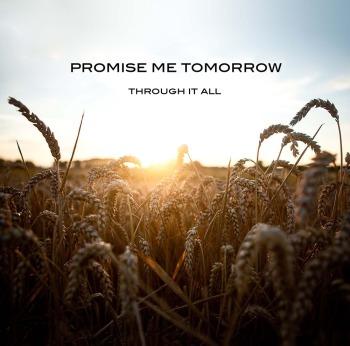 well crafted melodies with infectious hooks and fluid harmonies that cruise around the ear with keen exuberance. Opening with the instant accessibility of ‘More Than You Know’ the band shows themselves to lie somewhere between the likes of You Me At Six, Kids In Glass Houses and Jimmy Eats World though they do not quite find the irresistible elements of the latter’s best songs yet. The group harmonies here and throughout are a strong feature to thoroughly compliment the impressively composed and crafted melodies. The guitars weave strong patterns to ensure attention to their creative strolls whilst the rhythms and basslines steer tracks firmly without demanding total compliance allowing the songs to flow with ease. Vocalist Craig Lawrence has a good control and with only a wish for tracks to occasionally add roughened up vocals and growls the delivery brings a willing bond to the sounds.

The previously mentioned single is included and it is obvious as to why it opened up more and more to the band’s music with it’s willing to please hunger and excited urgency. Along with the opener these tracks seem to be the lead ones to bring people into the release but as fine as they are it is the likes of ‘For All The Wrong Reasons’ and ‘All Or Nothing’ that raise the levels a notable notch. The first starts on a light opening that brings queries about whether it is going to have anything special about it to enthral. The group harmonies around the chorus soon dispel doubts and the track swells with lingering melodies. The second of the two attaches to the ear with a punk fused greediness and intensity. It never dips into real aggression but shows the band can be enthused in attitude as well as any pop punk band and is the highlight of the release plus the provocation to want more harshness added vocally to some tracks.

It is fair to say Promise Me Tomorrow are still searching for their distinctly own sound but with the songs mentioned added to by the strong creative showings of ‘Go Get ‘Em Kid’ and ‘Knockbacks & Heart Attacks’ they are well on their way and already a satisfying addition to any eager energetic melody seeking playlist.