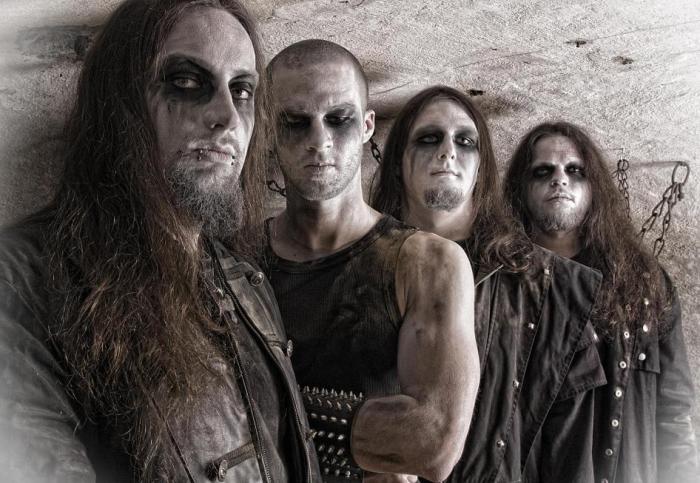 An invasive infestation of melodic black metal bred with symphonic adventure, Im Reich der Schatten is also a lingering persuasion which lures attention repeatedly back. The second album from German metallers Sekoria makes a potent first impression, increasing its attraction over each venture into its atmospheric trespasses whilst all the time laying seeds that draw an appetite to immerse in its ravenous landscape again; that a success in anyone’s book.

Formed in 2010, Sekoria had fans and press praising their debut of two years later, Iter Stellarum. Backed by a potent live presence seeing the band share stages with the likes of Milking The Goatmachine, Arroganz, and Vyre, the current foursome of bassist/vocalist Tobias Forneberg, guitarist/vocalist Felix Piroth, guitarist Matze Markwart, and drummer Mathias Törster have continued to expand and explore their melodically toxic and riveting symphonic black metal, the latest results bringing us the recently released Im Reich der Schatten.

It has become almost expected for dark and extreme metal release to open with portentous instrumentals epically harkening tempests of war or change, and Im Reich der Schatten is no different. It can be predictable but when it is done right with cinematic potency as in opener Einbruch der Dunkelheit, it can have ears and imagination eagerly involved. The suggestive starts leads straight into the album’s title track, a furious and rabid onslaught of swiping rhythms and harrying riffs bound in vitriolic strands of guitar and prowled by the insidious air and tone of the vocals. It is a voracious proposal quickly stirring up pleasure, especially as it imaginatively evolves into a rousing yet still rapaciously anthemic canter combining raw shadows and elegant tempting. 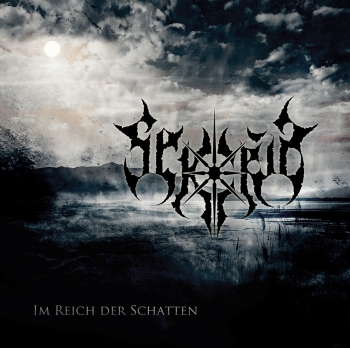 Immediately the following Die Nachtigall shares primal intimidation with its opening menace, bass and riffs colluding in a bestial yet composed stalking as a symphony of emotion brews. As repeated across the album, it is a magnetic union of contrasts which blossoms further as keys bred ambience soaks the senses in the midst of a vocally ravishing confrontation. There is an air of hope and emotive safety too within the song’s closing and still savage passage which comes with thicker evocative hues in the guitar spun instrumental Ein neuer Weg. Its melancholy laced lure flows into the similarly tantalising Wesen der Zeit, before tumultuous intensity driven by rapier like beats and threat carrying riffs overwhelms the senses. Again though, as they get bruised and violated, the imagination is sparked by flowing melodies and atmospheric caresses whilst being further incited by throat scarring vocal squalls.

Through the immense ebbs and flows of Canticum Maris and its ear lapping and increasingly intensive waves of provocative textures and rancorous intensity and the fiercely tempestuous roar of Der Sturm, den ich rief, the album finds another fresh spark to entice and inspire thoughts with. Both offer a creative drama which fascinates and seduces as it defiles; a quality continuing through the caustic animus of Vendetta and the crushing intensity and infectious bad blood of Der Fall. Whilst each is an individual intrusion of murderous rock ‘n’ roll, they only increase in potency and effect as each listen reveals new layers to their hellacious depths.

Die vergessene Welt offers a land of dark secrets and sonic menace next before Thron aus Eis avails ears of its own forcibly alluring and corrosive temptation. The first of the two has a progressive nature to its melody infused shuffle, contagious exploits colluding with haunting symphonic drama, whilst its successor is a cold yet inviting storm abating with warm oases of melody and reflective enterprise.

Completed by the fluidly shifting but perpetually jaundiced heart and air of Ein letztes Mal, band and album leave ears and thoughts exposed and numb from its abrasive exploration, but equally contented. There seems like a running theme through the album which is hard to pin down not speaking German, but emotionally the release leaves no doubts to its creative grudge and inventively crafted examination of narrative and listener. Im Reich der Schatten announces Sekoria as a band on the rise and with the potential of even bolder imagination and variety to come.

Im Reich der Schatten is out now via Kernkraftritter Records.