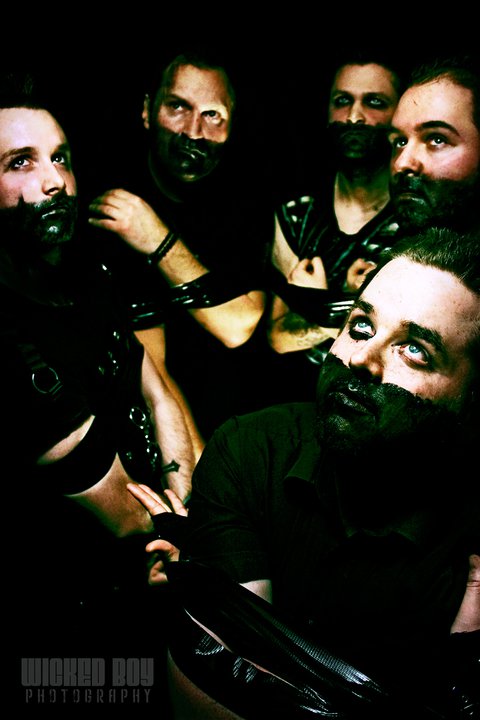 Already having garnered a strong and eager fan base as well as strong acclaim for their previous album and EPs, it is not pushing the realms of credibility to predict Ghost In The Static will put it all in the shade once their new album Fallout hits the world on September 1st. The album is quite simply immense, a magnificent explosion of electro industrial metal  which takes the senses on a massive thrilling ride. If you were impressed by their previous work and who could not be with its vibrancy and cutting energy, Fallout will leave you in rapture.

Formed in 2009 by frontman Steve Fearon, Ghost In The Static explored, experimented with, and evolved an evocative and stirring sound which was impossible not to connect with. Their Open Eyed Dreamer Part I: Revelation debut album of 2011 fully impressed as it showed a band still evolving but already creating compulsive inciteful sounds. Earlier this year two EPs The Infection Vol. 1 and Vol. 2 gave a teaser to what was to come and certainly ignited great anticipation though neither gave real warning of the incendiary levels of invention and  imagination to come. The new album has more muscle and intensity thrusting through its sound though the band has not neglected their electronic and melodic side. They have evolved it all into a striking consumption of emotional blistering and concussive energy. Think Celldweller and Suicide Commando in a riotous union with Nine Inch Nails and most of all Pitchshifter and you get a sense of the storm of creativity which envelops and brings climactic pleasure to a head.

Still within the world of post-apocalyptic struggle which themes their music, the new album is not so much a united series of songs as on the last album though all are linked by an overall  vibe to stand powerfully individually or as part of Fallout. This gives it a better balance than its predecessor in many ways but no less expansive in its atmosphere and depth. It is also more direct and intrusive, the attack a perpetual and sustained insistence from the first full track to the last lingering note of the release.

Starting with Armageddon, a brief intro setting the landscape the album is set in, the release slams into the ear with the 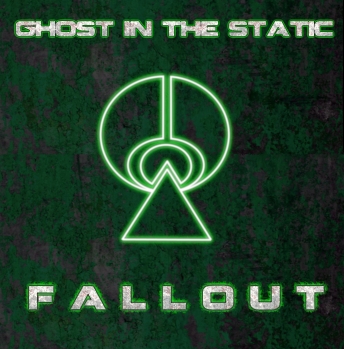 title track, a stirring electrified rub of energy upon the senses. There is an immediate hunger to the song which takes no for an answer as the guitars of  Gareth Stapleton and Lewis Collins score the senses with sharp and impactful riffs and melodic surges. The synths of Collins sizzle like acid on flesh across the air of the track to disrupt the already riled energy pervading every pore, whilst the edgy basslines of Mike Fearon simply leaves one looking over their shoulder. A step into a graceful melodic aside gives brief respite though even there the tinge of destruction is whispering in the ear. The track is openly infectious and bustles thoughts and emotions in to a sense of something even more special to come.

Another Day builds on the excellent start to raise the temperature even higher. It is a provocative and challenging slice of invention which straight away evokes imagery and emotions. A distressed ambience opens the song with the fear and desperation of someone lost calling through the sonic distortion. The plea is smothered as the track erupts into a boiling maelstrom of energies and aural disruption. The rhythms of drummer Martin Rogers echo and pulsate within bone as the song ignites the caustic air with its contagious tarnished melodic enterprise and insistent niggling synths. It is the triumphant brassy jazz sounds though which provide the match to full rapture which lingers long after the closing return to the lonely voice.

The muscular and venomous IWTMT  brings a fluid union of metal and electronic craft to keep things stewing perfectly whilst the ferocious stomp of Saviour and the corrosive breath of Rapture just give further abrasive charges of electrified pleasure. Each and every track leaves nothing but awe in their wake but when it comes to Not Enough and Fallen Gods it becomes something almost illicit. The first is simply infection gone wild, the rampaging energies and hooks barbed with addiction making melodic poison as it sweeps limbs and senses up into a brawling and insatiable tornado of sound and passion. Once bitten the song remains within forever, a companion in sleep, thought, and those intimate moments though its rhythms make a great pace maker. Fallen Gods is the same, a song which refuses to leave without an exorcism. Like a rampant Rabbit Junk, the band teases and molests with more of their adoration baiting melodies and inspirational imagination and both confirm what a strong vocalist Steve has become. Both carry a more electronic gait in contrast to the harder earlier songs though all are perfectly unruly and powerful.

With two vocal guests in MiXE1 on Lost and Cease2Xist  in Everyone, a couple of emerging industrial/electro powers, and the closing dark elegance of Judgement Day, the album is the fullest feast of experimentation, imagination, and irresistible energy. The pleasure does not stop there though as the CD version alone contains the brilliant and slightly punky YDNTL plus the equally stunning Nihilism III, which to our mind makes the download redundant such their greatness, but do not tell the band we said that.

Fallout is one of the best albums to come out this year and within electro industrial metal possibly the very best so far. Ghost In The Static has come a long way since those early days and just keep getting better and better. Whilst you mark that release date  off on your calendars we are off for a cold shower, phew!

To find out more, pre-orders etc go to http://staticdistortionrecords.co.uk