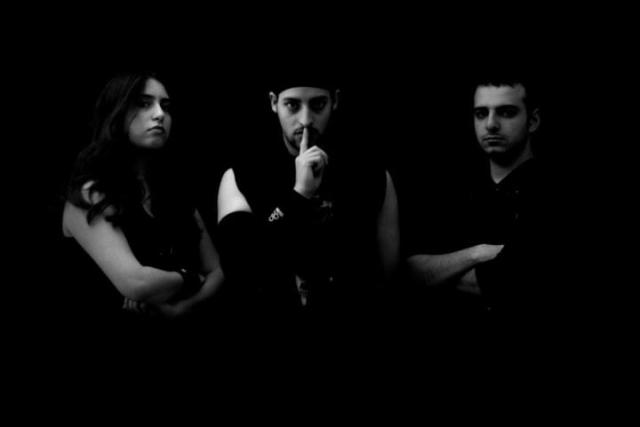 For a band labelled on their own profile as melodic death metal/groove metal, London band Skarthia rather underplay the depth and diversity to their sound. They are a band which pulls the ripest flavours across metal before teasing and twisting them into their own impressive and striking sound. For a band still in its formative years you could ask if the eclectic elements were down to one still undecided on their direction. Listening to Retaliate though, the debut album from the band, the quality and skill is so controlled and imaginative that you know this quartet (currently a trio as they search for a drummer), is creating exactly the sounds they strived for.

Formed in early 2009, the band took influences from the likes of Lamb Of God, Machine Head and In Flames, searing them into their own flaming musical vision. Throughout the eight tracks which makes up Retaliate, those inspirations are noticeable and potent spicery to the originality of the band but it is fair to say they never over power to send thoughts away from the band in the direction of the influences, a testament to the fine songwriting of Skarthia. Consisting of guitarist and vocalist Avichai Myers, bassist Adam Gigi, and guitarist Sapir Rajuan, the band began writing for this their debut album alongside drummer Orrie Catriel. 2010 saw the release of demo track No Last Words to a good response before the departure of Catriel the following year.  Working alongside engineer/co-producer Tyrian Purple, the band then recorded Retaliate in 2011 and what has emerged is nothing but blackened destructive gold.

The album begins with its finest moment though there are plenty of close runs throughout the explosive release. Drill is

a staggering introduction to the album and band, immediately revealing the band as one not bound to follow expectations. Its initial breath is a blistered whisper of brewing sound which evolves into an electrified cloud of energy, restrained guitars and a wonderful prowling bassline. In the time it takes to gather a deep breath the track then explodes into a fury of bone breaking rhythms, air igniting riffs, and a varied display of vocals from Myers which is unexpected and very welcome. Primarily he growls with venom ripping off each syllable but he is also unafraid to explore and expand his delivery, something many more should take note of. The charge of sound is a vibrant mix of Lamb Of God, In Flames, and certainly vocally offers a slight Korn lilt, but it is the sensational female vocals of presumably Rajuan which offer the biggest surprise and delight. Her presence brings a startling contrast to the intense menace storming within the track and if there is any complaint about the album as a whole it is that she only appears vocally on Drill.

The following No Last Words and Demolition both trample and crush the pieces left by the opener with equal power and invention. The first is a torrent of crippling rhythms and spiteful riffs with melodic guitar play to light up the darkest heart. It is a glorious mix and a distinct change in the attack of the band from its predecessor, just the first of many wonderful and diverse shifts in imagination and invention. The second of the pair finds an even more venomous intensity within to corrupt the ear, its power leaving the senses sweltering before its malicious intent. There is a firm Devildriver moment within the song to add even stronger flavour to the impressive corruption.

It has to be said every song opens up the right sores and abuses them for the greatest satisfaction, the gloriously wanton Liefest with its sirenesque melodic beckoning and predatory bass stalking, the sensational Parasite with its ravenous melodic prowess, and the rabid My Retaliation, a further three examples of the triumphant success of album and band. The first of this trio is a rival to Drill for best song, both lingering pleasures long after their departure from the ear.

War Graves and In Vain complete the corruption in equally powerful and contagious style leaving one to ponder how long it will take for Skarthia to become a major force in UK metal. On the evidence of Retaliate it will be sooner rather than later. This is simply an outstanding album from an even more impressive band, time to discover for yourselves.