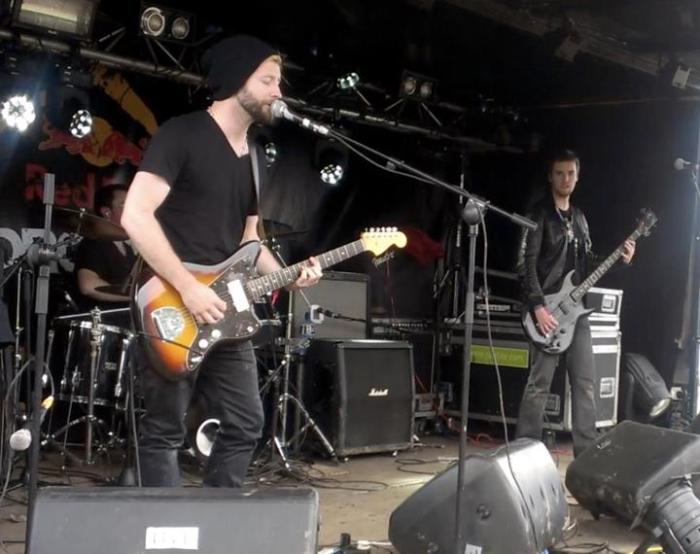 Barely six months old as a band, Dublin trio k.N.O.T.S. made their full introduction to the world with what is easily one of the more refreshing releases this year in their Feel The Change EP. The five track release offers the accomplishment and skill of veterans with the vibrant passion of youth and though the members of the band have evolved and honed their abilities in previous bands and projects, the brief length k.N.O.T.S. has been together makes for a remarkable entrance. One can only imagine the hours toiled to bring their sound and songwriting to the levels impressively unveiled on the EP.

The release opens with the title track, a song which from the first time it came to attention through a video captured the 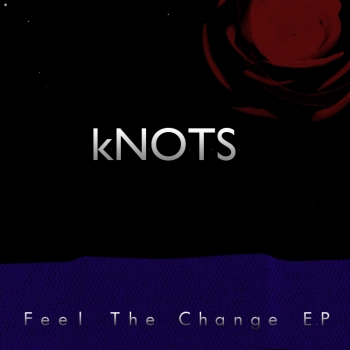 imagination and eager enthusiasm.  Feel the Change is a glorious song, a track to make the heart pump faster and elevate pulse rates. A constant ride of building intensity and melodic crescendos, the song leaves one breathless and desperate for much more. From a slow burning start with the excellent emotional vocals of Botham accompanying his guitar, the track slowly opens its arms with the twitching restrained rhythms of Rob flicking at the ear. Unable to hold back any longer everything explodes in a vent of melodic beauty to capture the last of any undecided focus. From now on in until the final teasing note, it is a ride of quality infectious hooks, excellent shadowed bass articulation from Ciaran, and the linked enterprise of vocals and guitar. From the song alone one could only enthuse over the EP but the treats keep coming.

The following Falling opens with eighties jangling guitar and vocals which actually reminded of ABC initially. It soon explores the air with thumping rhythms, inciteful riffs, and the dangling of melodic imagination which has one hooked immediately. As much as avoidance of the comparison was tried it has to be said that as the song ignites the atmosphere thoughts of early U2 were at large, k.N.O.T.S. creating their own but similarly robust and stirring rock contagion.

Variety is also very evident on the EP with the piano led Shy and the thoughtful Waiting Still firing up the passions in their own distinct ways. The first is a thumping slowly brewing stomp across the heart, its intention and emotion bringing the fullest responses and passions in exchange for its magnificent sounds. The track is inventive adding mesmeric asides to dazzle the ear but the pumping core of the song reigns and leads one by the hand into a riveting and heated weave of melodic and passionate intensity. The second of the pair exchanges incendiary climatic choruses with heart driven caresses from the continually impressing vocals for a seamless and inciteful journey. It is another stunning track to join the others on a release which the word classic is never too far from the lips.

The closing Home finally allows one to take a breath, though its positioning might have been better earlier. It is again fully impressive with striking power and passion, but there is a slight anticlimax after the grandeur and heights before. The song is excellent though, once more showing the strength of the songwriting and craft the band have within them.

The Feel The Change EP is stunning, a release which ignites only the fullest fires within, whilst k.N.O.T.S. announce themselves a band which is surely going to take indie music to new glorious heights. As if the pleasure could not get any better the band has released the EP as a free download @ http://knotsmusic.bandcamp.com/ but hurry it is limited and no one should miss out on such magnificence.