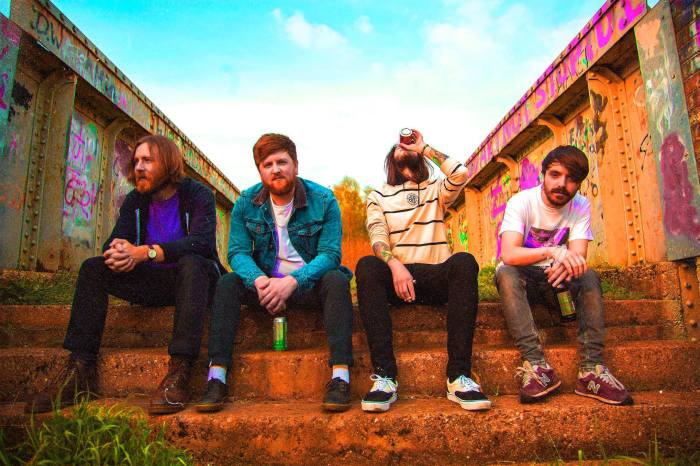 Last year saw UK outfit Plastic earning strong attention and praise with debut album Here, There Is No Gravity. It was a release though which did not gather the momentum expected to break the band upon major recognition. Taking its predecessor’s attributes to a whole new level the band now has the Drink Sensibly EP to tempt recognition, an aim such its bold adventure it is hard seeing having similar difficulties.

Midlands based, Plastic brew an ear grabbing roar from a fusion of punk, grunge and metal. It has already proven a tempting mix especially courtesy of the band’s first album but has become a far more imaginative and contagious persuasion within Drink Sensibly. There is a richer blend of sound and enterprise in the writing and sound of the three tracks making up the EP which for us puts the definitely easy to devour Here, There Is No Gravity firmly in the shade. 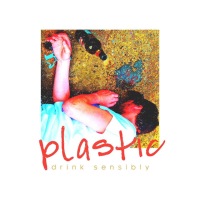 Approaching the subjects of mental decline and self-loathing, the EP opens up with Munchies and immediately commands indeed demands attention as strikes of guitar spring the punchy but melodic tones of Matthew Awbery. Just as quickly the song breaks into a swinging canter, its rhythms knees high as it strides through ears with a swagger soaked in punk fuelled virulence. A noise punk clamour accompanies its emotive defiance, every rhythmic swipe and sonic jab pure virulence as irritability brews, springs, and adds to the rousing tempest.

It is an outstanding start, probably for us the EP’s finest moment but one seriously challenged by its companions starting with Lovesick. The second track wears its grunge breeding more openly but again a new indie pop catchiness soaks the magnet jangle and rousing clamour Plastic create. With a Nirvana meets Green Day spicing to its contagion, the song had the body bouncing as eagerly and high as its own melodic jounce; joyfulness lining every essence surrounding melancholy spun emotive reflection.

Spit completes the pleasure; the final song a noise rock twisted slab of grunge punk throwing its rhythmic limbs around like a spinning dervish as riffs and hooks harass and tease. Feral yet deviously conjured in ear tempting texture and turn, the track is pure punk ‘n’ roll flirtation which had ears groaning at its and the EP’s too soon a passing as fingers raced to press play all over again.

If the first Plastic album sparked your appetite, Drink Sensibly will simply inflame a fresh hunger while surely enticing a whole horde of newcomers to one increasingly exciting and thrilling band.