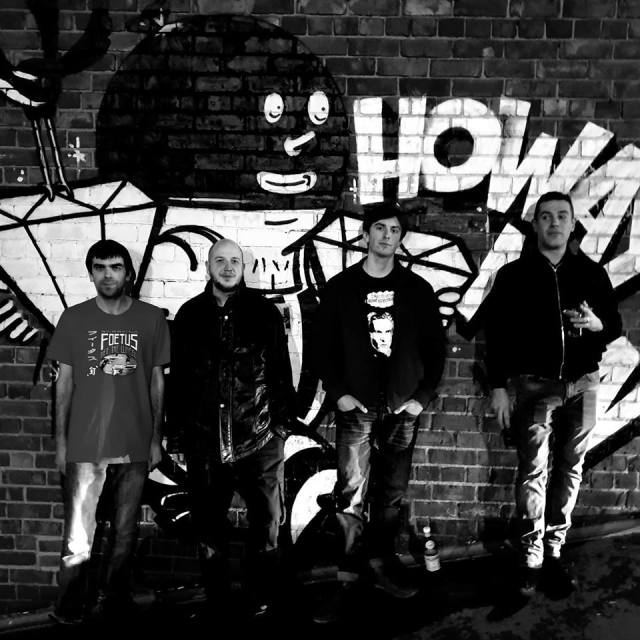 UK based ScreamLite Records is one of those labels which you just have to keep a close ear on. Their hunger for fresh and exciting new music is the match to that of a fan meaning attention for their releases is certainly a given here. This month sees the label release the new EP from Newcastle outfit Stolen Dead Music which ScreamLite announced was “the first band to really get our feet tapping in 2019” though what the rest of their bodies were up to we don’t know because the three tracks making up the Penny Drop EP just had us bouncing from head to toe.

Formed in 2017, Stolen Dead Music take the inspiration of bands such as Nirvana, Alice in Chains, Smashing Pumpkins, Weezer, Black Flag, Pixies, QOTSA, and NiN into a sound which stands distinctly aside of what expectations assume going by that list. It is a blend of alternative and noise rock with numerous other flavours involved sitting uniquely amongst the equally striking enterprise of bands like Japanese Fighting Fish, Houdini, Damn Vandals, and Max Raptor and providing so much to get excited over. 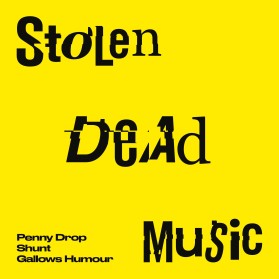 The EP opens up with its title track, Penny Drop initially stroking ears with fuzz loaded riffs before the same guitar begins deviously scything across the senses as the tones of vocalist/guitarist Jimi Trimmer break. Simultaneously the tenaciously strolling beats of drummer Aidan McGill erupt alongside the just as sturdy bassline of Lewis Patterson, guitarist Issak Patternson continuing to tease and tempt alongside the lures of Trimmer. Just as you think you have a handle on the song, it twists into a whole new channel of virulence to manipulate and seduce, never once taking its foot off its imagination and feverish enterprise.

It is an outstanding track and start to the release more than matched by next up Shunt. Rhythms straight away toy with ears and appetite, the guitars getting in on the act with their web of teasing melodic wires. Loaded with hooks and grooves, the band’s rock ‘n’ roll is a devious persuasion and in full lustfulness within the second song. There is a great Pere Ubu-esque whiff to the track at times too which only escalates its call on instincts and sure allegiance to its feral like energy and imagination.

The Penny Drop EP is in many ways just a teaser to the Stolen Dead Music songbook, the three tracks picked out from their repertoire to mark their link up with ScreamLite Records but a wake up to all of us previously unaware of their potential and thrilling adventure. Anticipation for more is already drooling here.

The Penny Drop EP is out now on ScreamLite Records across numerous stores and @ https://screamliterecords.bandcamp.com/album/stolen-dead-music-penny-drop

How to describe the debut EP from UK outfit SuperBlood WolfMoon? An infernal kaleidoscope of temptation or a toxic trespass of intimation or indeed an eight-legged groove machine intent on undiluted corruption? All apply to a release which consumed and devoured as well as seduced our senses and attention. Eternal Disco Damnation is like a sonic equivalent of the fantastic and nightmarish narratives within a triptych altarpieces of Hieronymus Bosch; a ravening examination which simply became more compelling by the confrontation.

Hailing from Birmingham and containing former members of another of the city’s previous mighty trespasses in Bishop, SuperBlood WolfMoon create a sound as schizophrenic as it is physically feral and imaginatively beguiling. Certainly their groove metal woven incitement will be an engagement and tempest too ruinous for some but for those with an appetite for a fusion of Meshuggah at their most rabid, Faith No More in their most primal state, and a savagely irritable Unsane though that still skates the surface of the SuperBlood WolfMoon cyclone, the band’s first EP will be nothing less than fascination.

Eternal Disco Damnation opens up with Hexed Houses and instantly descends on the senses like a collapsing towering wall; barbarous rhythms and sonic pestilence a merciless onslaught yet sharing an immediately enticing catchiness which soon springs infectiously wiry grooves around the breaking malignancy of Jon Baker ‘s throat shredding tones. The track continues to twist and turn, its pernicious shifts and unpredictable moves fuelled by adventure and enterprise whether they are brought with brutality or calm temptation. Throughout the track the riffs and grooves of Steve Styles examine and entice whilst the bass growls cast by Slam and the unconstrained swings of Pete Shortman’s beats are as mercurial as they are violently tenacious. It all makes for a song which surprises as it assaults, never going where expectations assume and never leaving the imagination barren.

You & He Were Buddies follows and similarly just collapses on ears with its first breath, swallowing up the senses whilst inhaling greater schizophrenic fumes by the note, rhythm, and release of vocal chagrin. It too comes with a rich character in captivation and contagion if both as fearsome as they are tempting, a fusion as prevalent within Where the Dead Went straight after. Its initial foray upon the listener is a staggered venomous lure but as vicious as anything before it and only more compelling and lethal by every subsequent enthrallingly psychotic second going to make up the EP’s most irresistible moment.

The EP concludes with Cape, a song looming in like a portentous sea mist before spreading its noxious sonic climate with melodic and toxic craft. Compared to its predecessors, the track is a calmer invasion and incitement but equally the most menacing and unnerving interrupted by moments of grooved mania the body just had to respond to.

As beguiling as it is hellacious, the track provided an absorbing end to an engrossing and increasingly striking release. Eternal Disco Damnation is as much drenched in potential as it is invention and imagination. It will frighten some and seduce many but mainly only intrigue all as a new Super Blood Wolf Moon rises.

Eternal Disco Damnation is out now available through iTunes and Spotify.