Ian Carvalho is a South American born, Europe raised musician who blends an array of genres and sounds around a lyrical suggestiveness nurtured by his upbringing, observations of life around him, and experiences had. Drawing more and more attention with every show and song unveiled, we took the chance to talk with Ian about his past, his music, and his approach to his solo work.

Hello Ian and thanks for taking time out to talk with us.

Thank you for having me here!

Can you first give us some background to your project?

The decision to go solo came after me and the member of the band I played with for 8 years decided to take a break.

So you have been in other bands before? Has that time and the music you played had any impact on what you are doing now, in maybe inspiring a change of style or direction?

I played the drums with the band called NOVONADA for a very long time; we explored different genres, experimented quite a lot and blended in our work very different sonorities. This kind of approach is still with me as a solo artist, but with the extra treat that I can follow my own feelings and make music 100% the way I want.

Was there any specific idea behind what you wanted you solo work to explore?

When I decided to start this project I wanted to try myself in an all new territory. Being the only one responsible for composing and writing is at the same time fulfilling and draining! I always played within a band so, of course, one has to reach some kind of compromise. Being on my own means that I have more freedom when it gets to the creative process. I can decide what to write about, how to express the emotion I want to convey, what rhythm the song will have etc. My aim is to offer an all-around experience to the listener. I want the audience to be fully involved, to reach their subconscious and evoke in them all the emotion I’m trying to communicate.

Do the same things still drive you when you were musically fresh-faced or have they evolved over time?

Being the beginning of my solo career I reckon I still have a lot to give. There have been some evolutions in my music, especially in terms of lyrics and themes. I think that my music has a bit more of a social component to it now.

Has that been more of an organic movement of sound or more you deliberately wanting to try more new things?

I definitely wanted to try some new stuff sound wise, but in the same time I consider my work as an organic evolution. Not all the songs can be categorised under the same genre, but the themes and topics are closely connected, making it a unicum.

Are there any particular inspirations which have impacted not only on your music but your technical approach to creating and playing music?

For the most part my inspiration comes from human life, history, philosophy and from the outcome of their combination. Being something that has an impact also in my own existence (everyone’s life is even if we don’t always realise it) I feel the need to express these emotions and experiences, hoping to have an impact and to engage in these reflections also on the audience.

Is there a regular process to your songwriting?

Most of the time I start from an idea, a sentence from a book I find peculiarly intriguing etc….That works as an incipit, as something that gives me some food for thought, and from there I develop my writings and lyrics. Other times I simply get struck by sudden inspiration and the song comes flowing out of my head!

Where do you draw the biggest inspirations to the lyrical side of your songs from?

My own heritage is often part of my lyrics. I’m half Italian half Brazilian and had a quite confusing, but funny, childhood living and traveling between two continents. That always made me the “new kid”, so to speak I always saw the relationships, the society from a different perspective and that gave the chance to develop a certain sensibility toward different lives (in terms of society, traditions, religions and way of living). I write in English, Italian and Portuguese, sometimes mixing the languages in the same song, because each of them have a slightly different way to express a feeling or an idea. I’m fascinated by the evocative power of words and by how much a language can describe the history and the type of approach to life of the people using it.

Can you please give us some background to your latest release?

My latest release Morpheo in Eros is deeply influenced by the 70’s and 80’s history of the Chilean people under Pinochet dictatorship. My song writing is very influenced by South America’s history, culture and tradition.

The EP’s start has a dreamlike, soft taste to it. As it progresses it becomes more crude and violent while reaching the end exploding in the last song. The main theme is “the mistake”. It’s the error that can be either understood as the one of the single human being as well as the universal one.

Do you go into the recording of your songs with them pretty much in their final state or prefer to develop them as you record? 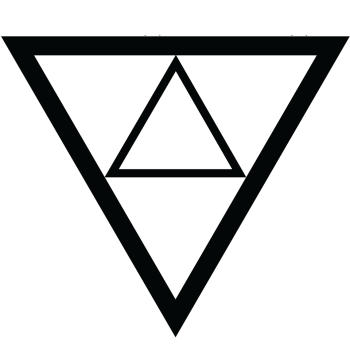 I usually get to the studio in the final stage of the work and then go through all the necessary adjustments with the sound engineer. For my last work I collaborated with Andrea Nardoni, Relaxo Studio’s sound engineer, my co-producer and friend. (http://www.relaxostudio.com/)

Tell us about the live side to your music?

I love being on stage, there’s so much excitement in the air! I always give my 110% even if the sound may end up losing a bit quality wise, because I’m completely into the music and I have this need of making the audience feel it as much as I am.

It is not easy for any new band or project to make an impact regionally let alone nationally and further afield. How have you found it?

I reckon that unless you already have made a name for yourself and/or have enough money behind you, it’s going to be extremely hard. The drive is always necessary anyway, but having some extra will help you going against the odds and to pull through any circumstance.

How about the internet and social media? How has that impacted on you to date?

The internet gave me the opportunity to make my music available worldwide and to discover that my work and my former band were appreciated abroad. Thanks to the internet I managed to organise two tours in South America for example. I think of the internet and social media as an instrument, and you have to know how to use it if you want it to work to you advantage either you being already famous or a newbie.

Once again a big thanks for sharing time with us; anything you would like to add for the readers?

Thank you for having me here! The only thing I can add is: buy my EP, come to my gig (next coming up is 12th November at the Finsbury http://www.thefinsbury.co.uk/) and find out for yourself!