As I Lay Dying – Decas 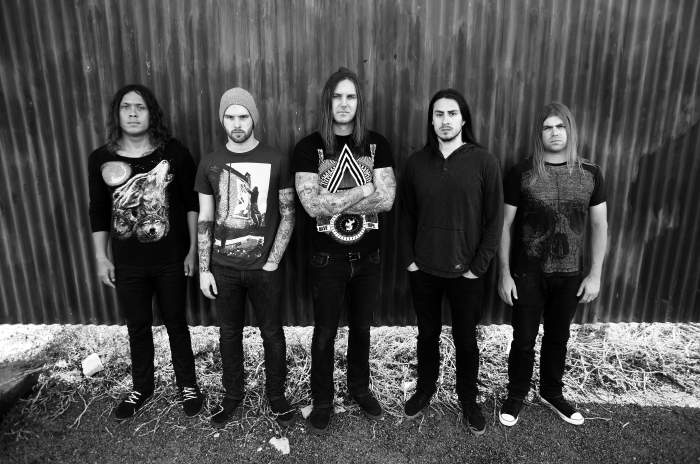 Upon hearing the details of the new album from Californian metalcore band As I Lay Dying one just knew there would be a mixed reception towards it without even hearing a sound. The news of an album containing covers and remixes even with some original material was bound to cause a stir, because as loyal and passionate as metal fans are many do not like songs tampered with or classics tainted, or it seems even attempted in many cases. Decas is sure to split opinions once heard but as a celebration of the band’s 10 year anniversary it is a pretty fine and enjoyable release.

In some ways Decas feels like a filler between albums but if there is not enough new material ready why not pay tribute to the band’s influences. Obviously whether the choice of tracks suits the listener or not is immaterial and with all the songs extremely well delivered and interpreted one knows there was real effort and no sense that they spent an afternoon reeling them off in a hurry. One does hopes the original tracks are exclusive to this album and do not appear on the next as that would take the gloss off Decas but time will tell on that.

The three original tracks are typically As I Lay Dying and typically impressive. ‘Paralysed’ kicks off proceedings with a solid dose of robust pummelling and insurgent riffs powered by the as usual impressive combined growls and clean vocals of Tim Lambesis and bassist Josh Gilbert respectively. The great melodic play makes the track not the most punishing the band has ever produced but does set things up for the crushing assault of ‘From Shapeless to Breakable’. Whereas the opener almost takes its time to consume this goes straight for the throat with a dark thrash metal aggressive insurgency. The drums from Jordan Mancino are attention grabbing and frame the song wonderfully as the guitars of Nick Hipa and Phil Sgrosso crash and entice in equal measure.

‘Moving Forward’ completes the trio of new tracks with a slightly mellower and more melodic flow, though the aggression especially from Lambesis and Manino never wanes. It is hard to think of a better contrasting and complimenting vocal duo than Lambesis and Gilbert anywhere their balance perfect more often than not. As with the first two songs this is impressive and continues the quality and levels of music from the previous album The Powerless Rise. There is no discernable progress from that release to be fair but as they sound this good not sure that matters.

The four covers are a mixed bag depending on one’s taste but they are brought forth with skill and character by the band. ‘War Ensemble’ is an excellent version of the Slayer track. Whether anyone can reach that band’s heights on their songs is debateable but As I Lay Dying get damn close as the track tramples all over the senses with its unbridled power and intensity. A great song matched by the Descendents cover ‘Coffee Mug’.  The band gives the punk classic real homage by not copying it but delivering their own distinct version and it is the highlight of the whole album. As much as the urge to go straight to the remixes is strong we have to mention the Judas Priest covers ‘Hellion’ and ‘Electric Eye’. Thankfully omitting the Halford screams in their version there is still no getting away from the fact if one does not like Judas Priest no cover will compensate enough to make them bearable enough.

It is not clear why the re-recorded medley of ‘Beneath The Encasing’ is included though it is decent enough obviously, this does feel like a late add on. The re-mixes are again varied and again the point of re-mixes misses the understanding of this reviewer other than to pad out something but that’s a debate for another time.  On Decas there is one track that actually works really well and engages wonderfully and though of course not a patch on its source is more than listenable. That is the Innerpartysytem remix of ‘The Blinding of False Light’, the song coming over with a flavour of The Browning without the intensity.

The Benjamin Weinman (The Dillinger Escape Plan) remix of ‘Wrath Upon Ourselves’ is intriguing if slightly too messy to fully get attached to but the last couple of ‘Confined’ (remixed by Kelly “Carnage” Cairn) and ‘Elegy’ (Big Chocolate Remix) are just window dressing and easily passed over.

Overall though Decas is a great and very enjoyable released and as a celebration of As I Lay Dying’s centenary is a more than worthy way to mark it.