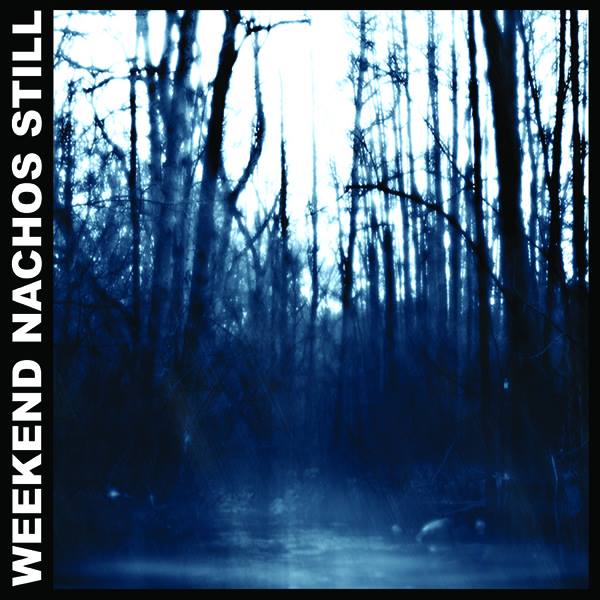 Unleashing another blaze of their particular form of hardcore seeded fury, Weekend Nachos continue their accomplished antagonistic brawling with senses and emotions through new album Still. As expected from the band, their release is rife with anger, a record driven by an intimidating confrontational spite but also one with moments of inspired invention which lights up a thoroughly satisfying encounter. Still is an enterprising slice of viciousness, not maybe the band’s finest moment but one which leaves enjoyment and rich provocation the order of the day.

The Chicago quartet of Aaron Ross, John Hoffman, Varg Campos, and Brian Laude have never relented in their annihilatory venomous assaults from early EPs and split releases through debut album Punish and Destroy, and every unleashing up to 2011 album Worthless and beyond. The Relapse Records released Still as stated is an equally intensive and ferocious incitement, one which leaves the listener breath-less and contented even if not blown away.

A sonic call opens up first track Sickened No More, its piercing lure the entry point to a squalling rage of vocals and corrosive riffing exploding into an all-out intensive riot. The track is forty three seconds of violent sonic mayhem, group vocals scowling from the song’s ‘terraces’ whilst bass and drums provide a raptorial maliciousness which buckles knees and withers defences by look alone. To be honest the song is too short, there barely being time to full offload the fullest passionate submission before it passes its belligerent baton onto No Idols and No Heroes. Addictive rhythms start things off here and fuel the following combative passage of uncompromising energy and rancor, the core of the track another vindictive assault of nasty hardcore vitality but one hinting at certainly from the guitar, a sense of exploration not always making its voice heard across the release.

Both next S.C.A.B. and Satan Sucker ravage the senses and thought mercilessly, the first with a primal sonic pestilence which switches between unrestrained ferocity and a sludgy prowl across its brief storm and its successor through the thrash kissed savagery it expels in sound, vocal, and lyrical irreverence. It is a masterful slab of brutality, the first major pinnacle of the album and a predation which consumes the senses and sparks the passions to their strongest reaction yet. Its sonic wind outlasts the hellacious maelstrom to lead fluidly into next up Late Night Walks, the track another straight-forward, eye balling tsunami of hostility. Like a few of the songs it provides what you want but also expect from a Weekend Nachos’ track which is not a bad thing but does provide the only ‘issue’ with the album, not enough surprises and adventure from their skilful but expectations feeding recognisable assault.

One of the long tracks on the release at over three minutes, Watch You Suffer is a rapacious stalking of the ears which does provoke an enterprise and invention lacking in the previous song; its besieging moments submerged into a crawling heavily weighted smothering of intensity and dramatic, intimidating sound. It is another big highlight of Still which at twice the length of most songs, provides a though provoking and emotions twisting bewitchment.

The likes of Wolves with its ferine ferocity and the blistering You’re Not Punk continue the fearsome ravaging, both thrillingly and virulently destructive whilst the unpredictable Ignore with a wonderful carnal throaty sound to the bass and the unsurprising yet grudgingly magnetic Yes Way both corrupt eagerly as they work away at existing wounds with an energetic rabidity and preying intent. All the songs contribute attention gripping presences to ensure that ears and emotions continued to be enslaved and engrossed in the ‘fun’, something the album at no point lets slip.

The barbaric Broken Mirror ejects its magnificent animosity next before letting the title track bring Still to a close with arguably the most intensive part of the release. It is a final tortuous rage of craft and energy bringing a compelling and pleasing abuse to a formidable end. The release is nothing short of what you would expect from Weekend Nachos, in quality, voraciousness, and sound. This means it maybe is not the band at its most potent to date but certainly Still short changes nobody on strong and uncompromising hardcore bruising and lyrical antagonism.  It is simply a release for fans to devour and newcomers to be noisily intrigued by.