Undoubtedly The Ocean has always been a band which demands a deeper concentrated focus to discover, understand, and reap the rewards of their creative leviathan like albums. They continually challenge the listener and themselves from album to album, investigating the complexities and simplicities of sound, emotion, and imagination. Their eagerly awaited new album Pelagial is no different, a release which offers a journey of beauty, intensity, rapacious shadows, and impacting depths which ignite the visual and emotional heart.

Pelagial as its title suggests, is a submersion through the open ocean, an intriguing and inciting dive through five pelagic depth zones: epipelagic, mesopelagic, bathyalpelagic, abyssopelagic, and hadopelagic. It is also simultaneously a provocative soundscape across the darker crevices and corners of the mind to which emotions and reflective shadows are ignited for an individual and personal concept; it is a unique travelogue of intensity and inner exploration unique to each listener. One continuous piece of music split into passages or episodes with interludes of underwater sounds and samples taken from old submarine movies to mark transitions, the album envelopes the senses and thoughts in a richly enterprising and invigorating expanse of sound and descriptive sonic narrative. It is challenging and at times claustrophobic, an overwhelming intrusively close wrap devoid of light the further down into its dangerous depths you go, and a piece of invention with a current which guides and forces listener and album into an emotional pressurised squall. 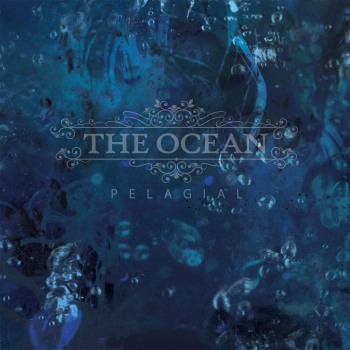 tour-de-force and an album which at the same time leaves questions in thoughts, not as to how impressive it is, that is undeniable, but how to interpret not only its expanse but the emotions it ignites within its enthralling company. It is without doubt an album which has to be devoured numerous times to appreciate and reveal all the scintillating adventure, pure invention, and furnace of multi-faceted emotions it unleashes, and that is possibly the only thing to lever against its towering presence for some, the intensive work needed to truly understand it and reap the deepest riches within. To counter that comment though it should be said that the album is one of their most accessible releases in recent years making for as mentioned an insatiably intriguing and evocative encounter which continues to make the band the most wonderfully unpredictable and forward thinking boundary pushing forces of within metal/rock.

From the opening light soaked piano crafted instrumental Epipelagic, its surface a light and warm dazzling beauty, the album breaks the surface to melodically swim through Mesopelagic: Into the Uncanny. The guitars of Robin Staps and Jonathan Nido sculpt the coloured textured waters magnetically whilst additional strings add emotive whispers to elevate the lush coaxing. The rhythms and guitars raise the temperature as the urgent busy surroundings to the continuing submergence end the link between air and water with the vocals of Loic Rossetti, as ever irresistible whether scowling and growling or seductively expelling the lyrical revelation and its mutually descriptive and personal potency, lights up the atmosphere. Beside him the crisp guiding rhythms of drummer Luc Hess frame and vein the piece whilst the bass of Louis Jucker adds further menacing textures to the now imposing strength of the landscape.

The three part passage of Bathyalpelagic steps out from the already riveting drop, especially parts I: Impasses and II: The Wish in Dreams, both virulently persuading the passions with their continually shifting and swirling addictive and uncompromising declarations. The vocals of Rossetti on the first are aural manna, an irresistible temptation within the bruising and explosive enterprise persistently buffeting and thrilling the senses. The second part increases the intensity and exhausting toll with a ravenous and imperious tempest of sonic strokes and melodic sirenicity within an imposing provocation which refuses to take no or defiance for an answer.

The two sections of Abyssopelagic press harder with a predatory breath as the pressure and intensity darkens and increases further into the release you go through but also hold moments of acclimatised calm and resolve which temper the building ferocity of emotion and intensity whilst Hadopelagic I: Omen of the Deep and especially its companion II: Let Them Believe makes the listener feel at ease with the new depth, the seeming elevation away from the impending blackest depths a melodic and inspiring deep breath for the final push which the beckoning primal rhythms of Demersal: Cognitive Dissonance welcomes with contagious invention and initially startling mesmerism, like a lack of oxygen induced temptress,  and the closing Benthic: The Origin of Our Wishes devours, greedily accepting the offering with carnivorous hunger.

Pelagial is exceptional but as mentioned an album which has to be dived into numerous times preferably as one continuous movement, to truly feel its full triumph, each submergence unique and  consistently rewarding invigorating explorations from the distinct and innovative imagination of The Ocean.