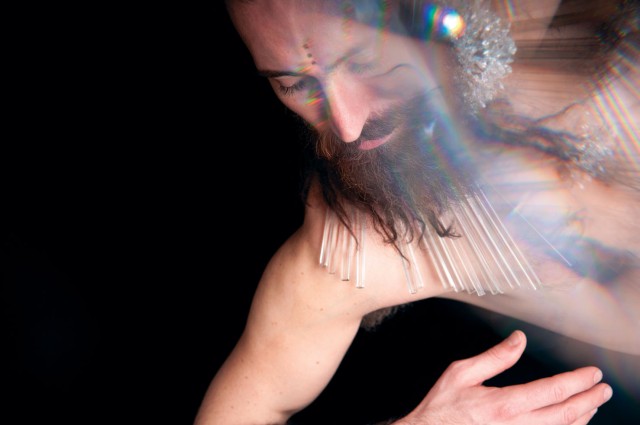 For us music is a grand adventure and the best encounters are those which take us away from the real world whether it is for four minutes of a single track or an hour or so of a larger aural emprise. The new album from Luis Mojica is one such invitation to escape reality, a truly unique proposal which has turned irresistibility into an art form.

Already renowned as part of eclectic avant cello-based collective Rasputina, Mojica has forged his own alluring presence as a solo artist, one which is simply striking within new full-length How A Stranger Is Made, the successor to his acclaim 2016 debut, Wholesome. Mojica is like a troubadour, carrying a piano on his back and a storybook in his voice and imagination with How A Stranger Is Made a quest across a strange land plucking tales and characters from its unique landscape, drawing from their experiences to confess or certainly hint at his own emotional intimacy. The release as a whole is enthralling and each song a piano centred tapestry of the lives of individuals amidst idiosyncratic stories but easy to feel moments which are equally sharing an aspect of the creator himself.

Though it is fair to say that every song within How A Stranger Is Made fascinated and seduced pretty much effortlessly, its opening pair stood atop the mountain of favourites. Insane is first up and immediately hooked ears with the thick beats which announce its entrance and drama. Straightaway there is a contagion in the keys of Mojica, each note dancing and flirting with attention yet equally sharing a just as gripping emotive pungency. Like a siren, the sax of Caelan Manning shines on the shadows of song and word, its smoky lures just as darkly shaded to similarly enslave with the rich notes escaping the piano. The track is superb, easily one of our favourites songs of 2019 and swiftly matched in potency and pleasure by its successor. 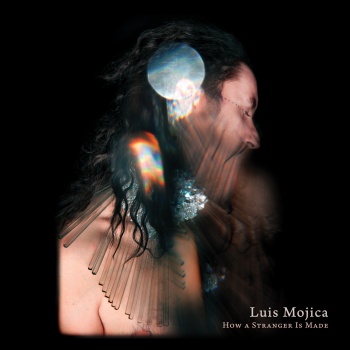 Shaman Food strolls in with a swarthy swagger, spirits enticing with vocal tempting before Mojica and his word wrapped keys bounce through the imagination. The rhythm s of Evan Glen Adams infest feet and hips as the man himself entangles thoughts and spirit with his own; another realm of crepuscular shadows brought alive with craft, adventure and a vocal prowess which itself is a cast of a thousand souls.

From its first breath, there is an open intimacy to next up Invoked, the painting of its protagonist revealing more than just a singular entity. The silvery radiance of Mojica’s piano and tones are courted by the darker hues of Jason Sarubbi’s bass, their contrasting textures united in magnetism as rich and inescapable as Mojica’s rousing vocal palette; that mix as thickly enticing within the folkish hued, volatility breathing Moon Men. The cello of Sister Ursuline is a particular seduction, the tones of Mojica another and with his keys ever conjuring, the imagination was ensnared once again.

Across the quirkily stroked, aberrantly woven Cowboys and De La Saint with its melody pouncing, spring in the step sharing shamanic beauty ears and appetite were again enslaved, the latter of the pair a delicious track far richer and diverse than our words can intimate while Witch Love after them offers another shadow draped seduction impossible to hold at bay as once more craft and imagination rise up with startling enterprise.

If not quite to the depth of those before, City Friends only transfixed though there are certain moments of inflamed rapture which absolutely got under the skin, a trait The Ranger similarly offered with its controlled but animated gait and swing. With the violin of Rebecca Moore and Manning’s sax adding their bewitching aural paint the song’s canvas, temptation was inescapable.

Queen Song again unites shamanic and liturgical essences in its own rich musical textile, every note and syllable picturesque for the imagination and leaving a lingering impression as it makes way for the album’s final offering, a cover of Leonard Cohen’s Stranger Song. Though it did not ignite the passions as any before it, the voice and piano of Mojica absorbed time and attention.

It is a mesmeric and haunting conclusion to an album which even after numerous plays just thrills and impresses more and more; Luis Mojica a minstrel unafraid to share worldly and personal souls.

How A Stranger Is Made is set for release on October 4th with pre-ordering available @ https://luismojica.bandcamp.com/album/how-a-stranger-is-made