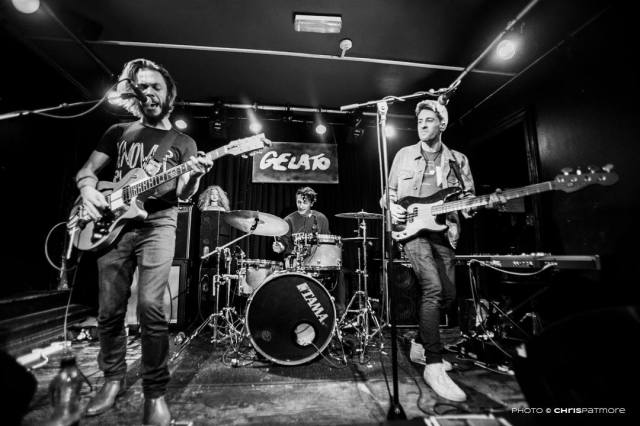 Continuing to invite fresh attention and praise, UK trio Gelato recently released their third EP in the highly flavoursome shape of Weird. Offering three varied slices of the band’s increasingly individual sound, the EP is another potent step in the London based rocker’s rise upon the national rock scene.

Formed in 2014 by vocalist /guitarist Drew Wynen, Gelato swiftly excited ears and attention with a powerful live presence and the release of their self-titled debut EP in 2015. Inspirations from the likes of Foo Fighters and Queens Of The Stone Age were open hues in its striking introduction to the band, but flavours less leading in their second release, the Daydream EP as the band’s sound quickly and boldly revealed its own character. Weird is an even stronger realisation of that individuality, a mix of alternative and garage rock with punk and psych rock among many additional traits for extra spicing. 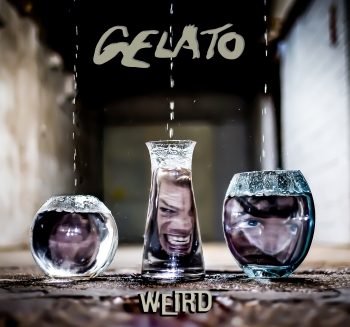 With bassist Jacob Roos and drummer Callum Green alongside Wynen, Gelato gets down to business upon Weird with You Ain’t No Match. As jabbing beats set the tone and gait, wiry riffs lay tempting fingers upon ears, their intermittent lures soon a constant bait of intrigue loaded persuasion. As vocals join with variety and energetic persuasion, things mellow out a touch but still with drama and bite to keep the song sparking in ears. Warm harmonies and tangy grooves all add to the magnetism of the impressive opener and its web of creative seduction.

Breaking the Spell follows, initially caressing the senses with a melancholic shimmer. From within the evocative coaxing, a network of steely hooks ensnare ears, their flirtatious appeal only leading to matching lures found in vocals and melodic infection. There is still a touch of Josh Homme and co to the song and Gelato sound but entangled in the band’s own imaginative theatre they build another riveting and strongly enjoyable proposition matching, even eclipsing its predecessor.

The EP closes with The Optimist, a sultry seduction wrapped in melodic psych rock heat and suggestion. Its touch is a smouldering call but with livelier depths which bubble and flame as heavier rock textures brew to infest the track’s heart. More of a slow burner than its companions, the track further blossoms in pleasure with every listen, its further layers and adventure unveiled with every listen to provide a tantalising close to another highly persuasive and enjoyable moment with Gelato.

The band is looking at another healthy year in their emergence upon the British rock scene; indeed Weird suggests it just might be their biggest yet.

The Weird EP is out now through iTunes and other stores.