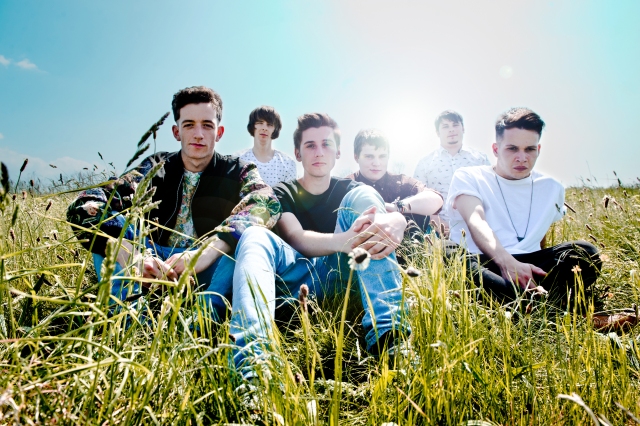 Re-igniting the impressive and exhilarating presence and success of their self-titled debut album last year, UK reggae band By The Rivers release new double A-sided single Vulture/This Love. Taken from the album, the songs tell you all you need to know about the melodic beauty and vibrant creativity of the band and their mouthwatering sound. It is another irresistible call for those yet to discover the splendour of the Leicester sextet and another reason for us in the know to let feet blaze over the ground with one of Britain’s most exciting bands.

Formed in 2010 by friends, Nile Barrow (lead vocals/guitar) and Jordan Birtles (drums/vocals), By The Rivers has mesmerised fans and media alike with their unique fusion of reggae/ska/soul/and afro-beat. With a line-up completed by Matt Willars (bass), Sam Read (keys/guitar/vocals), Will Todd (Tenor Saxophone), and Leo May (Trumpet), the band from their first steps were soon gracing stages with the likes of Dawn Kinnard, Neville Staples, Fun Lovin’ Criminals, and Toploader. Their swiftly growing reputation only accelerated as the six-piece continued to play with the likes of the Buzzcocks, Maxi Priest, Musical Youth, Dawn Penn, Saxon Sound, and The Specials whilst released eagerly received EPs and singles. Last year’s album through Kompyla Records thrust the band into an even more intensive spotlight with festival demand and appearances a plenty following its release.

The new single is the next dart of contagious persuasion by the band, one to have lips licked and passions romping. Vulture opens with a 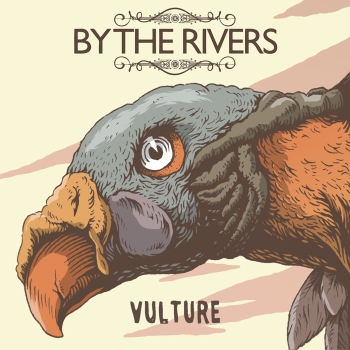 glorious wash of vocal harmonies, their touch a seductive caress before the song opens up its entrancing arms into an elegant sway and magnetic swagger. Guitars and bass dance and tease across the length of the song giving a base contagion to fall into, then once enslaved brass flames aligned to anthemic vocal and melodic lures bind the passions even tighter. It is an energetic but respectful romp leading imagination and emotions by the hand into a seductive and vivacious dance.

The musical and lyrical provocation of the song is emulated in its own distinct design by This Love, the song an evocative affair with ears and thoughts which gentle strolls as melodic tendrils and expressive passion drifts off every note and harmonious syllable. It is too easy and maybe lazy to provide UB40 as a reference to the sound of By The Rivers but it is unavoidably suitable for this flowing summer wind of a song. The heat of brass and magnetic touch of the guitars make the initial steal of the heart but as is very often the case with their songs, it is the vocals and melodies which bring the virulent infection to which there is no known cure.

With an instrumental version of Vulture completing the tracks offered, the single is another riveting triumph from By The Rivers, inescapable bait for feet, heart, and soul. Released April 21st alongside a Tom Swindell (Shy FX, Jamie Woon and Die & Breaks) directed video the same day for Vulture, the single and the band’s irresistible blend of catchy songwriting and powerful lyricism make another potent statement for one of the very best new bands here in the UK.