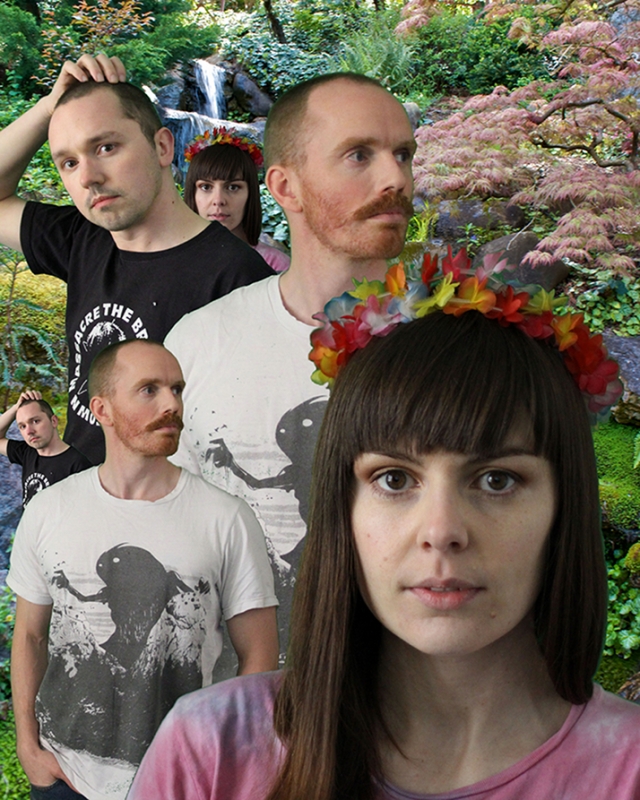 Sparrow and the Workshop is one of those bands that music always needs, a temptation which is as beautiful as it is shadowed and as expansive as it is intimate. Previous albums, the debut Crystals Fall of 2010 and Spitting Daggers the following year, marked the Scottish band as melodic entrepreneurs of imaginative weaves fusing indie folk and rock pop, songwriters creating rich and emotive escapades soaked in aural colour and resourceful enterprise. The Glasgow trio return with third album Murderopolis, a release which explores their invention for greater and deeper adventure whilst sculpting a kaleidoscope of passion tingling elegance. It is a seduction of evocative textures and mesmeric caresses which quite simply is rather special!

The band consists of Jill O’Sullivan (vocals, guitar, violin), Gregor Donaldson (drums, vocals), and Nick Packer (bass guitar, electric slide guitar, basstard), a threesome which have not been strangers to acclaim certainly since their debut album. The name of Sparrow & The Workshop has equally been wrapped in hungry responses for their live performances which across the time has seen them play alongside the likes of Brian Jonestown Massacre, British Sea Power, Idlewild, Broken Records, Sivert Hoyem, The Lemonhead, Thee Oh Sees and more, as well as numerous festivals to great success. Released via independent label Song, by Toad Records, Murderopolis strolls through another potent plateau which matches the virulent seduction of previous album Spitting Daggers, whilst walking further diverse adventures.

The band arguably unleashes their greatest shadows at the start of the album, though those dark tints are always teasing the senses 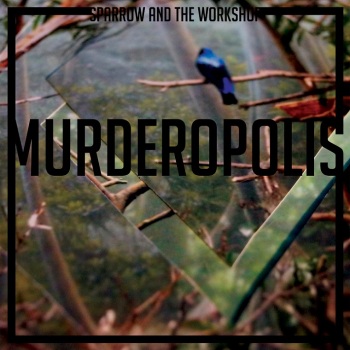 and thoughts throughout the album musically and lyrically. Opener Valley of Death is a smouldering triumph, a track which instantly sets the release into the strongest wash of acclaim. Bold yet reserved beats and moody melodic provocation pokes the ear first, opening up attention for the as ever sirenesque tones of O’Sullivan. Her voice is one which seduces and caresses the senses but has a nip in its caress which allows darkness to play with the enchanted emotions already inspired. Like a sun in the skies of the dramatic she guides the listener into a warm soak of colour fuelled melodies and harmonies for the chorus, the track then returning to that provocative hypnotic enticement which started things off for the verses. Those dark and expressive leads have the same kind of wanton visual and emotive sway that marked the opening credits to eighties UK TV show Tales Of The Unexpected, a tempting yet menacing seduction. It is a powerful and riveting track, a song with a sixties call to its breath and vocals, which alone seem like a mix of Helen Shapiro, Kristin Hersh, Chantal Clare, and Debbie Harry.

From such a potent start the album retains its compelling grip with the following Darkness, another shadowed call for the passions which sows the seeds with an opening throaty bass beckoning and reined in male vocal chants. It is a slowly prowling encounter, the song walking with intent around thoughts with lone strands of melodic taunts riling up the appetite further. With a touch of The Passions to it the song widens its lure with the again excellent vocals of O’Sullivan before sealing the lustful deal with heated flames of soaring vocals and acidic mastery, crescendos which ignite the fullest appetite. Like the first, the track explores the depths of light and dark with breath-taking craft and imagination leaving an already awoken hunger for more seized by rabid urgency.

The album continues to show it is as diverse as it is absorbing, starting with the stunning Odessa, a song as different to the opening pair as it is a continuation of flawed light and emotional incitement. A melancholic mesh of vocal, keys, and dark strings gently wash through the ear at first before a strong pause makes way for an equally rich narrative of guitar and rhythms which turn up the heat a touch more. It is a vibrant passion sculpted song which haunts thoughts with classy enterprise and emotional exploration, its latent energy brewing up and exploring the limits of the impressive songwriting, its realisation becoming more intense and magnetic the further towards its fiery climax the band drive.

Through the likes of the first single from the album Shock Shock, a meeting of The Pixies and The Shangri-Las in a folk rock atmospheric haunting wrapped in a sonic senses courting ambience, and the tantalising Water Won’t Fall with its scenic paint and crystalline touch, the band raise new emotive adventures whilst the title track is a noir tinted flame of seventies spiced melodic rock and Wicker Man laced folk which transforms the landscape of the album into a new distinct dance of mystique.

Released the same day as the album, May 27th, new single The Faster You Spin sets another pinnacle for the album. Another song rippling with an almost predatory intent through heavier melodic rock feistiness, it conjures the strongest contagion with searing flames of sonic and melodic… well eroticism seems the best word to describe it, complete with an ardour inducing addictiveness to its suasion.

Further songs in the scintillating Avalanche of Lust with its wonderful bass itch and the deliciously incendiary Flower Bombs, a song with an array of bewitching infectious climaxes around slow post punk taunting ingenuity, push the boundaries of the album and listener’s greed yet again whilst the closing pair of The Glue That Binds Us and Autumn to Winter leave an irresistibly effective temptation to start the whole emotive course of triumph again.

Murderopolis is a scintillating release from a band which walks beauty and darkness like no other. If Sparrow and the Workshop have yet to guide you through your and their invigorating passions than this album is the perfect introduction. 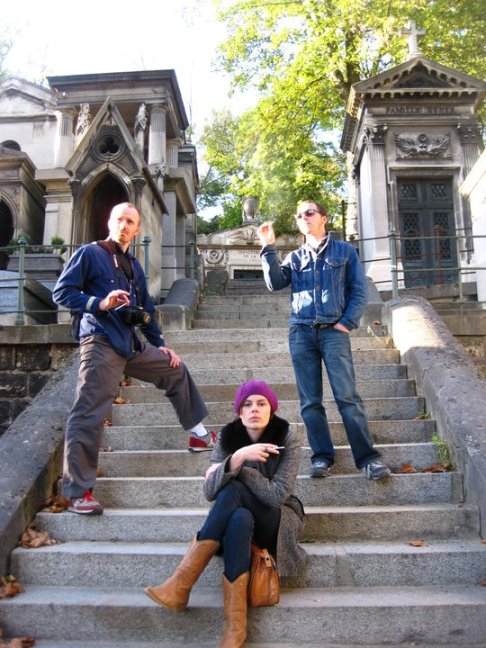 2011 saw the release of Spitting Daggers, an impressive and enthralling album from Glasgow based band Sparrow & The Workshop which certainly for us triggered a lingering attraction to the imaginative indie folk sounds and invention of the trio. Now they have returned with new single Shock Shock and a new evolution of their already striking presence, the song as enthralling as anything they have produced before but with a deeper expanse and richness of ideas to fully capture the imagination.

Released on Song, By Toad Records, Shock Shock is the fore taster of the third album from the band due later in the year and a compelling declaration of the new venture in sound the band is exploring. The single finds the band fusing their still vibrant folk enchantment with a feisty fuel of rock and haunting ambience. Within seconds the song offers a sinew and intensity new to previous releases though it is an evolution to their already impacting ideas and imagination which marked their previous album. From the start guitars paint an emotive fiery tapestry to wrap the melodic vocal caresses of O’Sullivan in, whilst the bass of Packer adds inciting yet inviting shadows with its throaty resonance. It is the atmospheric wash though which adds the final provocation for thoughts and senses, its passion courting sonic cloud a slightly abrasive yet golden voice to bring an additional delicious persuasion.

Inspiring loud whispers of The Pixies, Throwing Muses, and The Shangri-Las in many ways, Shock Shock is the perfect invitation and temptation to Sparrow & The Workshop and their upcoming album, a release which is sure to have much anticipation waiting for it after the single ends its own persuasion.