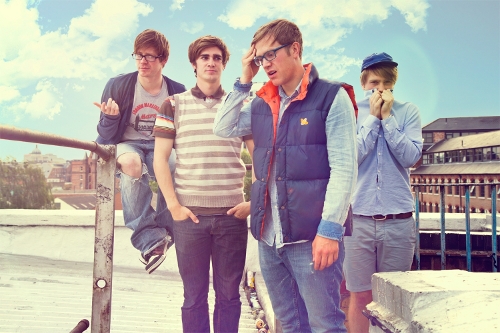 Missing some fun and mischief in your music? Do not worry as UK rock band Swound! is back to fill the gap with their second album Into The Sea. Full of whimsy, delight, and infectious tunes the album is a strongly enjoyable romp to put a smile on any sour face. The four Staszkiewicz brothers originally from the Isle of Man follow up their debut Hello Future Our Name Is Swound with a release that refreshes and reminds us that music should be fun and simple, an uncomplicated pleasure and a wicked tease for the senses which only the likes of Baddies and Innercity Pirates along with Swound! seem to have kept in their creative arsenal.

Into The Sea is a thoroughly engaging and pleasing frisk of the senses though there are a couple of things that have to be said just to balance the unbridled eager words to follow. The album shows the continuation of the maturity to the bands songwriting first indicated with the previous single Predator 3. What has seemingly happened though is either the band has moved on from or forgotten the distinctly quirky and imaginative ideas that frequented previous releases. The unpredictability and downright eccentricities to their songs has been tempered into almost expulsion by the growth of their writing skills. You will not find the spectacular diversions within a Bust-A-Move, Whats Your Poison or We Are A Danger among the songs on the new album and as great as the new material is this lack of inventiveness does leave a tinge of disappointment. This change has also left a kind of similarity across the album, a singular pace and structure that is not as varied as one would have expected, but for all of that the album is simply great and destined to be a constant on ours and many others daily playlist. 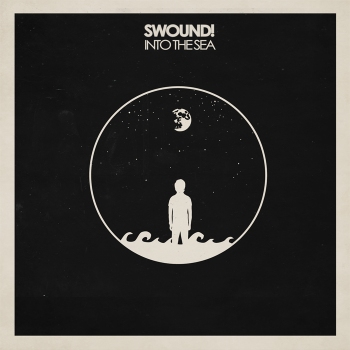 and love of the likes of Weezer, Nirvana and other nineties guitar bands. Self produced and mixed by Chris Sheldon the release leaps into the ear like an eager child, excitable and bursting with temptation. The album takes first breath with the excellent Your Kids Are Gonna Love It, with punchy drums from Lloyd and prowling bass from Tom to the fore. A Buzzcocks like hook adds to the fun as vocalist Joe begins the songs announcement and alongside Rowan their combined guitars jangle warmly as the rhythms continue to ignite ones inner beat. The influence of the previously mentioned Manchester band continues with a melody right out of Everybody’s Happy Nowadays to complete a vibrant and hypnotic opener.

As songs like the rock flavoured Big Trouble, the current single In My Head with another delicious grouchy bass manipulation from Tom and a chorus with more infection than the common cold, and the definite Weezer toned If Only I Could, ride the ear with a impish glint helping the album feel like one is going out with old friends, destined silliness and unbridled fun guaranteed.

The centre of the album holds the best songs starting with the grunge lined swagger of Everybody Hates Her. It is actually almost on the reserved side with the band utilising a simple and uncluttered approach to build a compulsive song which if you are not drawn into participation by mid way the recommendation is to check your wrist for a pulse. Within a couple of songs the punk spiced Oh No! erupts with a Ramones like crash of guitars spaced by voracious melodies and hungry bass groans. Though the song never explodes into life it has an appetite to rile up the senses and does just that by its end. The third song is the best on the album. Ghosts rumbles and strolls along with a swagger and attitude that is irresistible. It taunts and skirts around the ear before taking hold to spring wonderful hooks, insatiable rhythms and sheer warm pleasure.

With the likes of the catchy Physics Makes Us Strong and the Smokey Bastard like folk fun of Mean People Suck adding to the album, Into The Sea is a wholly appetising treat to relish and sure to put a grin on your face far beyond its actual stay. Their sound may have changed a little but the pleasure and satisfaction they give is just as endearing and thorough.