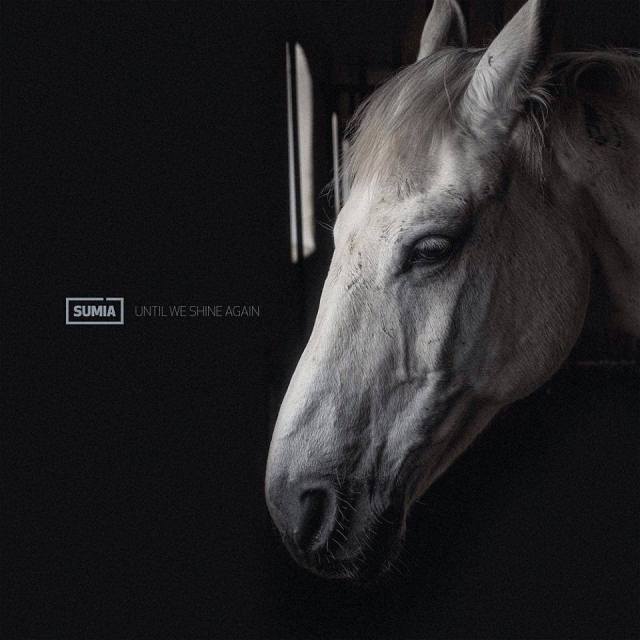 With a sound which in so many ways reflects the warm and cold climates which embraces their home city of Jyväskylä across the seasons, Finnish band Sumia make a striking announcement of presence and intent with debut album Until We Shine Again. Emotionally and sonically bracing, whether soaked in heated passion or imposing shadows, the release is an attention grabbing and immersive adventure which captures the imagination from start to finish.

Though described as alternative rock and metal, Sumia brew a sound and melodic tension which employs essences across numerous styles and flavours ensuring each song is an individual encounter, though at times some too closely share textures and structures so that any individual emotive bite they might aspire too is somewhat defused. Against that though, soaring melodies and vocal harmonies within evolving rugged and mesmeric terrains never relinquish their transfixing beauty and gripping enterprise so that thoughts and emotions are constantly fully and eagerly involved in the album’s emprise. Overall Until We Shine Again is a riveting full introduction to a quartet it is easy to feel is setting put on an eventful and successful journey.

The album opens with the elegant melodic touch and potent sinews of Dive, the track immediately aflame with sonic beauty and emotive intensity. The song swiftly envelops and seduces ears with the fluid invention of guitarists Samuli and Jonni, the latter’s vocals just as enticing and impressive. A Deftones essence soaks the encounter but similarly with the dark voice of Jussi’s bass and melodic flames which shoot up around the spine of the song and vocals, thoughts of Pigeon Lake come to mind. Framed and punctuated by the accomplished rhythms of drummer Olli, it is a stirring and compelling start to Until We Shine Again.

The following Sirena makes a much sturdier and aggressive entrance without losing the magnetic melodic coaxing which washed its predecessor. Vocally too, Jonni offers a mellow hug though he too is unafraid to flare up with attitude and raw tones. A rugged rhythmic enticement continues to set an imposing air to the track; guitars and keys vibrant and acidic as they sear across that provocation in a song pushing the album swiftly to another level, one subsequently surpassed by the outstanding The White One. It is fair to say there is a familiarity to the band’s sound at times, as shown by the third song, but it only adds to the appealing drama and lure of the incitements on offer. As the track winds with restrained feverishness around senses and imagination, a Johnny Wore Black meets Palms breeze seduces ears with a touch as enthralling as it is intimidating. It is a glorious encounter, guitars and rhythms crafting a tempestuous beauty over which vocals roar with heated harmonies and emotional passion.

Ghost (The Healer) brings a similar melancholic glaze to its reflective melodies and shadows, throaty bass hues a dark temper to the rawer blaze of sonic intrigue and drama raging above. The song does lack the spark of the previous tracks yet still binds ears and appetite in a resourceful and enterprising provocation easily igniting another strain of hunger towards the album, something One Single Look is missing. To be fair, the elegant piano led exploration is a captivating caress of haunting melodies and searching emotions which alone bewitches like a mix of Nine Inch Nails and Mr.Kitty, but in the landscape of the album makes for an ‘interlude’ in the roar of the album for personal tastes.

Through Sunbath and Arc Lights the album is back seriously infecting the psyche, the first of the two songs a spellbinding fire of the ever enchanting melodic invention within the band aligned to increasingly impressive vocals which come as ethereal and haunted as you could wish. Seamlessly flowing through gentle kisses on ears to raging sonic storms, the track is a scintillating proposition. Its successor lacks its punch but instead offers a rigorously simmering radiance and forceful emotional angst which just as tightly enthrals thoughts and senses, especially with the bass driven rhythmic predation which lurks throughout.

With Next To The Wheel stepping forward next to tantalise more than impose itself on the listener, the album gears itself up for a potent close. The track ebbs and flows in energy and pressure but ultimately is another lively sunspot of melodic calm and emotive heat prone to appetising sonic eruptions much as Otus which smoulders inventively with nagging riffs and flirtatious hooks within another sultry fire of sound and emotional outpouring. Its engrossing unpredictable and richly enjoyable tempest makes way for the closing Crystal Plane, a final melodic furnace which has an open if undefined familiarity and makes a thrilling and powerfully infectious finale to a seriously impressing release.

The additional strength of Until We Shine Again is that with every listen its songs unveil a little more about the heart of the album. There is plenty going on in the belly of songs which can get missed over fleeting glances, rewards that only need time to please further and make Sumia’s debut album a prize to seek out.

Until We Shine Again is available on October 3rd on Inverse Records @ http://www.inverse.fi/shop/catalog/product_info.php?products_id=448