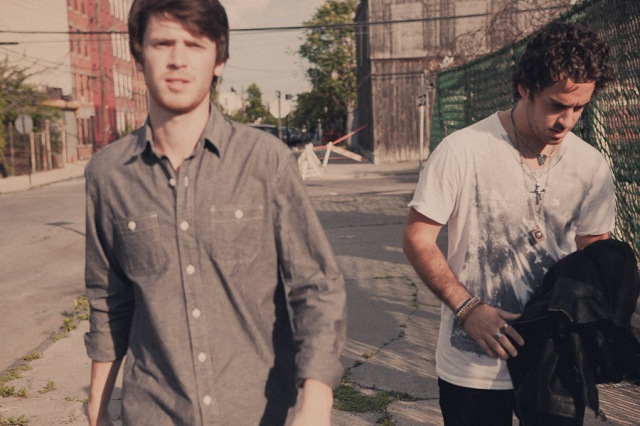 Bursting with incendiary melodies, towering rhythms, and a passion which could heat oceans, the self-titled debut from alternative rock band Arc & Stones is a startling and compelling drama of imagination and craft. It is one of those releases which leave a lasting impression alongside a greedy hunger for much more. Fusing the richest elements of indie and rock with flames of blues and soul, the EP just fires up the imagination and captivates the heart from start to finish even though it equally suggests there is still much more to come from the Brooklyn quartet.

Driven by the twenty year energies and passion of Dan Pellarin (lead vocals/ rhythm guitar/keys) and Ben Cramer (lead guitar/vocals) alongside the equally dynamic energies of Eddy Bayes (bass/vocals) and Joe Doino (drums), the band has in its short time already lit up stages at major venues such as the Bowery Electric, Arlene’s Grocery, the Red Lion and the Bitter End. Their rise is in a rapid ascent which this release is sure to accelerate and build upon the great reception to their first video for the track Silence, directed by Eddy Bayes, the song which opens up the EP.

coax emotions into the open heart of the song. Soon thumping rhythms join the affair as energies and emotions hit climactic highs. Into its stride the song has a familiar stance, which you can apply to the whole release, but brings it with a fresh and invigorating style which marks Arc and Stones as something different. Unleashing big melodies and an epic atmosphere the track is a thrilling and enthralling invitation to the band and their compelling sound, its bluesy whispers and soulful kisses within its perpetually tall walls of passion and sound irresistible.

After the tremendous start the band show their diversity with two slower even more emotive gems in firstly Say Goodbye and then Let Me Down. The first again has a familiarity which is immediate and pleasing but remains outside the realisation of who it resembles. In many ways you could call it a power balled, its feverish emotive zeal wrapped in again large melodic washes and rhythmic rampancy, though at times it also gently persuades with elegance and finesse musically and vocally. Its urgent exciting rush into its melancholic final lines just sets the passions alight to set one up for the following stroll of soul and beauty within Let Me Down. With an acoustic kiss and brewing powerful atmospheres, the song is a passional fire for the senses and thoughts. For personal tastes neither track finds the triumphant elevation of their predecessor and the songs to follow but still engage with a force which stays long after their departure.  Arc and Stones when rocking it with every ounce of energy they can muster is quite breathless but also when they lay their whole musical heart out is as magnetic as anyone.

The best track on the EP is She’s Mine, a song which from its sizzling blues opening evolves into a sensational and insatiable riot of rock n roll with a ruthless feisty groove and powerful infectious barbed hooks side by side with flames of melodic contagion. Recently we reviewed the re-release of St Julian by Julian Cope, an album and songs which burst with massive contagious hooks and melodic blazes, this song has the same anthemic grandeur and unbridled passion and too can be labelled classic.

The release closes with another energetic and agitated rhythmic splendour in the alluring shape of Rise. Less thunderous in tempo than the previous song but no less addictive and catchy, especially in its charged chorus and inflamed guitar solo, the track leaves a real appetite for more.

If there is any ‘flaw’ on the release it is that every song has as mentioned that familiar stance or lush spices found elsewhere but it is so rich in quality and inventive interpretation that to be fair it just adds to the enjoyment rather than diminishing it. There is no doubt Arc and Stones will evolve their own uniqueness in time and give us even more deep rooted pleasure to that found on this excellent debut. 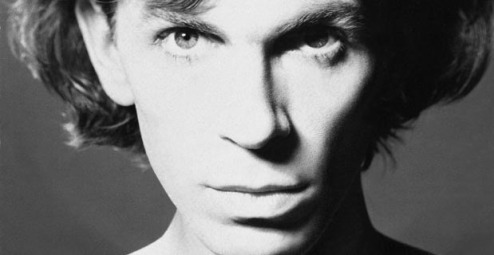 Musically many great things have spawn from the city of Liverpool with some obviously making major impacts on the direction and life of music. One giant moment is often overlooked or under- appreciated though and that is the formation and subsequent demise of Crucial Three. The punk rock band was a swift breath in the history of UK music which left without posing any footprint in the dirt of rock or a live note explored in its six weeks of existence. What it did do was make the first step for three important figures to ignite their creative imagination. From its brief life came forth singer Ian McCulloch obviously to be famed with Echo & the Bunnymen, guitarist Pete Wylie who went on to make equally impressive sounds and flavours through the varied guises of Wah and his solo work, and the ‘genius’ Julian Cope. The future Teardrop Explodes frontman maybe a flawed genius but lyrically and musically deserves to be placed within those realms. Equally there will be as many who will offer the other extreme of opinion on the ‘eccentric’ artist but for those he ignites the passions of he is one of the true greats.

The re-release of his St Julian album in a deluxe edition triggers all the rapture and pleasure which was rife around the man at the time and through those heady Teardrop Explodes days of the late seventies. Bringing forth arguably his finest moment as a solo artist certainly commercially, complete with a second disc of B-sides and re-mixes which graced the singles from the album, the release is a potent reminder of the often puzzling but always dramatic imagination and intriguing talent of a man who turned pop rock into an art form, even if often it was not seemingly appreciated sadly.

From those fleeting moments at the very start Cope formed UH? and A Shallow Madness with McCulloch which led to a permanent rift and antagonistic relationship between the two when Cope sacked the latter from the group, and also Nova Mob with Wylie, all again short lived bands. 1978 saw the formation of The Teardrop Explodes with drummer Gary Dwyer, organist Paul Simpson and guitarist Mick Finkler. Cope was the principal songwriter and bassist with a vocal delivery which was as magnetic as it was striking. Two impressive albums and a clutch of acclaimed singles, including Reward which achieved their highest chart entry of 6, followed as did instability in line-up as well as an indulgence in drugs. Cope himself verged on teen idol from the enterprising and successful debut album Kilimanjaro but the band failed to replicate the same triumph with the darker and more expansive Wilder and after a failure to make a third album and a disastrous tour, they split in 1982. The following year Cope began working on his first solo album World Shut Your Mouth, a release which left fans satisfied but failed to spark great positivity from elsewhere though it contained songs which generally held the pop spark of the Teardrops releases whilst being something which seemed to expose personal depths and the struggles of Cope whilst attempting to clean himself up. The 1984 record failed to sell with any strong purpose as did its successor Fried which arrived six months later. It offered a rawer side of his creativity and something new but repeated the lack lustre performance of his first in drawing appreciation and sales outside of his core fan base. Its failure led to Cope being dropped by Mercury Records who had released both albums.

With a new manager Cally Callomon encouraging his final clean-up and a new image and attitude, Cope signed with Island Records

and released in 1986 St Julian. With a line-up of guitarist Donald Ross Skinner, drummer Chris Whitten ( ex-The Waterboys), and bassist James Eller (ex- Teardrop Explodes) beside him, Cope emerged with a ‘rock god’ persona though even at the time there seemed a delicious tongue in cheek mischief to it all. The songs within the album were big hearted encounters with bulging rhythms, insatiable hooks, and a drama which was compelling. It is one of the classic pop records of the era and anyone who begs to differ should indulge in the rampaging energy and swagger of World Shut Your Mouth, the sultry and compelling elegance of Planet Ride, and the belligerent rock track Pulsar with its Stranglers like snarl all over again. Singles like the fiery Spacehopper, a track which was borne out of writing sessions with Ian McCulloch years earlier, and the pulsating Trampoline, as the album as a whole, stood tall and above the majority of the other now termed classic eighties pop tracks of the time without puzzlingly retaining the retrospective and deserved grand acclaim the rivals bask in.

In hindsight surveying the mass of work from the man since and his apparent and exploratory ‘drive’ to go against the grain and stretch the underground pleasures of sound and creativity, as well as the B-side tracks which supported the singles from St Julian, one wonders if Cope was truly comfortable in this period though with songs rich in his always dramatic and evocative lyrics and sounds which invigorate and thrill with intelligence and instinctive contagiousness, you could never tell. The second disc at times supports the thought with songs like the Celt folk rock voiced Disaster, the mesmeric Almost Beautiful with its ambient majesty , and the dirge toned post punk challenge Warwick The Kingmaker delving into other provocative areas of Cope’s songwriting and invention. A mention for the brilliant cover of the Pere Ubu track Non-Alignment Pact has to be made, the song a classic already given an equally towering breath from Cope to have the passions sparking.

The years and releases since has seen Cope rightfully not compromising in his artistic vision and invention whilst keeping to the shadows to produce music which has ebbed and flowed in stature but is always riveting. Real success has eluded him musically though one senses he is not bothered and is more at ease with his creative powers than in those earlier times. He has also carved out a big and probably more recognition soaked career as a writer of underground music critique/ exploration and on the wide investigative scope of Archaeology and antiquarianism. St Julian is his finest moment for a great many and as the tracks swoop like gods to rile up and split open the heart into rapture it is hard to disagree.