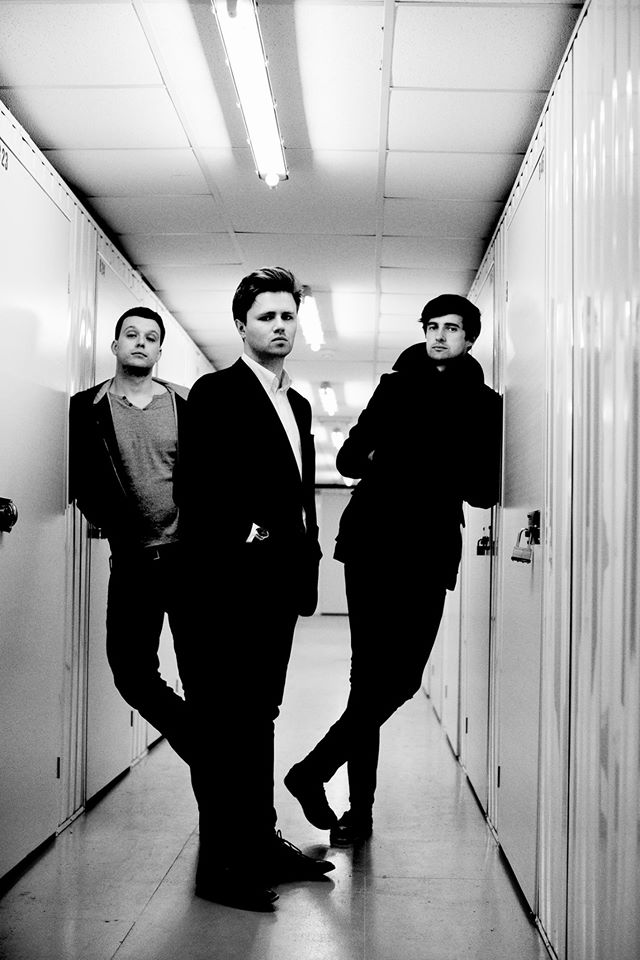 Earning thick acclaim and attention with their Cathedral EP, Irish trio Slow Riot are now poised to release their new single and a fresh inventive colour to their already magnetic sound. Their previous release and singles worn an open post punk inspiration drawing likenesses to bands such as Gang of Four, Television, and Wire, as well as a shoegaze scented melodic charm. Though Trophy Wife is still embracing such seeds, it swiftly shows a new adventure of swinging rhythms and imagination tantalising hooks with a vivacity to match that of the driving energy fuelling its body. The result is a compelling affair which still springs from an eighties spawned heart but with the tenacious urgency of the now. 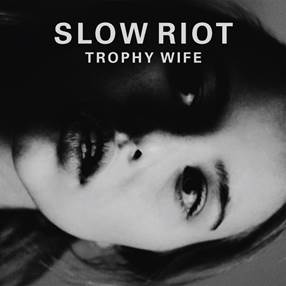 Formed in 2013, Slow Riot consists of vocalist/bassist Niall Clancy, drummer Paul Cosgrave, and guitarist Aaron Duff. 2015 saw the band release their first pair of singles in City Of Culture and Demons, two intrigue sparking songs which made a bigger impact as part of the attention grabbing Cathedral EP last October. The time between its release and the new single has seen a new twist and exploration in the band’s sound which Trophy Wife is already showing as being a great fresh step.

As the last EP, the single was recorded with Kevin Vanbergen (The Pixies, The Maccabees, Dinosaur Pile-Up, The La’s, Biffy Clyro) at Brighton’s Park Studios and quickly gets to work persuading and exciting ears with its initial surge of beefy rhythms and sonic incitement. Guitars spring a melodic web from there as the bass invitingly prowls, the first cradling the warm tones of Clancy and his harmonic delivery. Almost straight away, that previous post punk spicing emerges as a more new wave hued character, nudging thoughts of bands like B-Movie and Modern English whilst the pounding drive of the song and its intensive undercurrent of virulence offers a Doves meets Editors like tempting.

The track is a vivacious captivation accompanied by B-side Awake For Days; a more laid back proposition revealing another shade in the new palette of enterprise used by Slow Riot in songwriting and sound. Though hopes are that the band do not entirely free themselves of the darker post punk hues found in their debut EP, there is no denying that Trophy Wife offers something just as exciting and easy to find a healthy appetite for.

Trophy Wife is out on April 15th via Straight Lines Are Fine @ http://www.thegenepool.co.uk/artists/SLOW+RIOT.htm 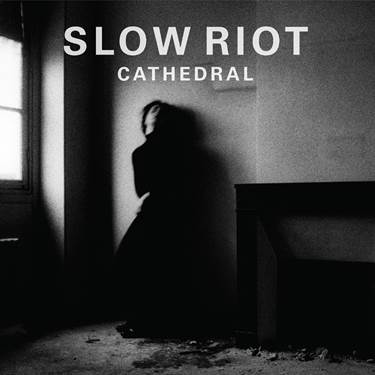 Eighties inspired post punk is seemingly on a surge right now, its seeds being blossomed into varied but distinctive incitements of sound and imagination echoing the genre’s origins. One such band making one of the most compelling persuasions is Irish band Slow Riot, a trio from Limerick who recently released an irresistible dark beauty in the shape of the Cathedral EP. The four track release is an evocation of shadows and solemn emotions cast in a creative calling on the imagination, but one equally bred with epic overtones and an emotive intimacy reflective of something found within its title’s landscape. 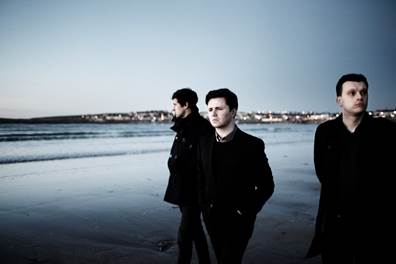 The EP opens with the band’s new single Demons, the lone beats of Cosgrave luring in attention and appetite with an anthemic coaxing. The melancholic charm of Duff’s guitar is soon involving an emotive melody too, it laying evocatively over the persistent arousal of rhythms now also equipped with the solemn resonance of Clancy’s bass. His dour yet alluring vocals are close behind as the song brews more of a Joy Division meets Interpol like croon for a formidable captivation only enhanced by a more fiery nature emerging in the guitar and a flowing crystalline elegance spread by keys. Each element evolves new hues to the slim but varied layers as the track continues, it all building up into a strongly potent beginning to Cathedral.

It is a start for personal tastes quickly eclipsed by the next pair of songs though, City Of Culture the first up. A great scuzzy mix of guitar and bass aligned to boisterous beats sets song and ears off in eager union, a sparkling melody soon adding to the enticement as Clancy’s vocals’ twist around on the riveting web spun by all the already contagious elements. There is a touch of The Sound to the song but more so bands like Scars and Crispy Ambulance with the discordant clang of The Fire Engines in there for good measure. Ultimately though, these are spices only bolstering a virulent tempting unique to Slow Riot.

Just as stunning is the following Adele, a transfixing slice of dark balladry becoming increasingly infectious and addictive as sonic seduction merges with repetitious mastery around the thick potency of the vocals. A revolving incitement set somewhere between My Bloody Valentine, The Slow Readers Club, and Artery, the glorious track reveals not only more of the craft in songwriting and delivery of the band but also the depth of their sound’s imagination and diversity.

Cooper’s Dream brews a character more similar to the Joy Division-esque embrace of Demons, but again outshines the excellent start to the EP with its individual weave of sonic expression, haunting lingering hooks, and a just as enjoyably galvanic rhythmic recruitment of eager involvement. As the EP, the track worms under the skin, infects the psych leaving ingrained lures and rapture in its wake to ensure a perpetual return to its nest of climatic builds and roaring crescendos bound in melancholy entwined restraints is always a lively intent.

The track provides a superb end to a superb release, a full introduction to Slow Riot sowing the seeds to thick anticipation of their next move and lusty enjoyment in their first.

The Cathedral EP is out now via Straight Lines Are Fine @ https://itunes.apple.com/gb/album/cathedral-ep/id1007359990