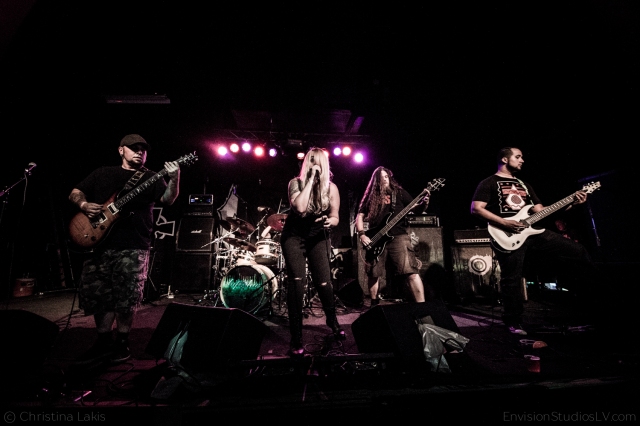 Consisting of four emotionally intrusive and sonically bracing tracks, the Seven EP marks and continues the growth of sound and invention unleashed by Las Vegas based metallers .bipolar. across previous releases. It is an irritable and creatively imposing affair bred from various strains of metal with a healthy dose of punk hostility. It merges familiar essences with the band’s own distinct inventive character, creating an onslaught as provocative and intriguing as it is ferocious.

Emerging in Northern California in 2003, .bipolar. was recognized within a year as Best Metal band by the Sacramento News & Review. Since then they have played hundreds of shows, honing their sound and reaping praise all the time, exploration backed by a handful of well-received releases. 2008 saw vocalist Charlie and drummer Brian Hanks relocating to Las Vegas and it is fair to say the band’s creativity and reputation really blossomed from that point on as guitarists Jaisen Hinds and Kevin Lemus, and bassist Chris Kmit subsequently joined to establish the current line-up.

Seven sees the band at its most adventurous yet, confronting and pleasing ears with a new sense of development and maturity without losing the raw energy and aggression, lyrically and musically which has already marked them out. Latest single Ernest leads the way, the opener building a wall of stabbing riffs and similarly invasive beats as Charlie prowls the landscape. Her tones are caustic and full of the irritancy lining the sounds around her, but equally magnetic and bewitching as she begins showing her range of melodic serenading. Spicy hooks and winy melodies tease and flirt within the tempestuous climate, not always as freely open as they might be but a reward for closer and longer inspection as the track makes a fiercely enjoyable and impressive introduction to the EP. 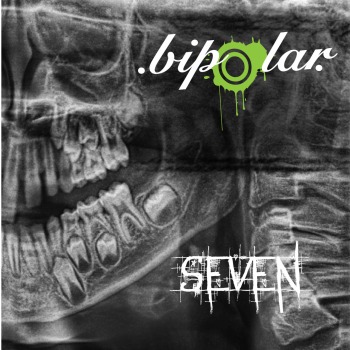 Pyrite follows uncaging its full punk metal roar straight away. It rips into the senses, Charlie the ringleader with her attention grabbing presence and delivery but just as potently matched by the tide of antagonistic riffs and biting rhythms. There is a touch of Boston metallers Mongrel about the song but a scent generally lost in the combative and rousing blaze.

The predator of the EP is Habitual, the song stalking the senses with its barbarous riffs and vicious rhythms as Charlie creatively and expressively vents. Every swipe is decisive, every groaning groove enslaving whilst every word escaping Charlie’s throat is empowered with spite and energy. Seriously igniting the passions, the song takes best track honours, its raw qualities and exciting prowess though still offering the potential of bigger triumphs to come as the band grows again.

Overnighter brings the EP to a close in potent style if lacking the final spark to rival those before it. Nevertheless it leaves ears more than satisfied and appetite eager for more; wiry melodies with a tinge of Avenged Sevenfold and the like to them bringing additional ingredients to embrace in the strong encounter.

The Seven EP shows that .bipolar. is really coming into their own, musically and as a force, and will surely nudge bigger spotlights towards their seriously enjoyable roar.

The Seven EP is out now digitally and on CD.