Though no doubt the band has been busy beavering away sharing their mighty roar of sound, it seems to have been a quiet time attention wise around UK post-hardcore quartet Cold Summer since the release of their impressive self-titled debut album of 2013. There will be no escaping their presence now though with the release of their fiercely rousing new video/single A Time Imagination Forgot To Inspire. A hint to the band’s upcoming new album Fight To Survive, the track recalls all the reasons the first album, and indeed earlier EP Wake, grabbed our ears whilst alone positioning the band upon a richer and loftier plateau of sound and invention.

Formed late 2011, the Leeds hailing band quickly began luring ears their way with two track acoustic EP, Transitions and the aforementioned Wake in the January and May of 2012 respectively. Offering a post hardcore sound which was eager to embrace melodic imagination to its aggressive snarl, the band also swiftly showed the DIY ethic which continues today. A leap in adventure fuelled their first album a year later whilst live the band again under their own steam booked a tour in support of it and a subsequent UK with He Is Legend in 2014. Over the years they have only increased their reputation as a band and live proposition with shows alongside the likes of Funeral For A Friend, Polar, Self Defense Family, Lemuria, Milk Teeth, Brawlers, Grieved, and Employed To Serve. Now to whet the appetite for their impending release, the band has uncaged their new single, a track which suggest that Cold Summer is poised to really stir up the European rock and post hardcore scene.

A Time Imagination Forgot To Inspire instantly consumes ears in a spicy sonic enticement punctuated by the roving beats of drummer Justin Eastwood. The imagination is as swiftly enthralled, especially as the fine voice of Dan Feast entangles itself in the fascinating drama and contagious enterprise quickly flooding the track. Raw vocals squalls break out throughout to enjoyably contrast and challenge the blazing infectiousness seducing the emotions, they backed by the increasingly predacious hues cast by the bass of Chris Hepworth and the grouchy torrent of riffs springing from the strings of guitarist Chris Harrison from within his otherwise virulent and catchy fire of melodic imagination.

It is a superb maelstrom of imagination and thick enticement, a declaration of an already impressive band coming of age in songwriting, sound, and craft. Thoughts now are that 2016 is going to be a massive year for Cold Summer if Fight To Survive can match and build upon A Time Imagination Forgot To Inspire.

A Time Imagination Forgot To Inspire is released on Friday 19th February @ http://coldsummer.bandcamp.com/album/a-time-imagination-forgot-to-inspire 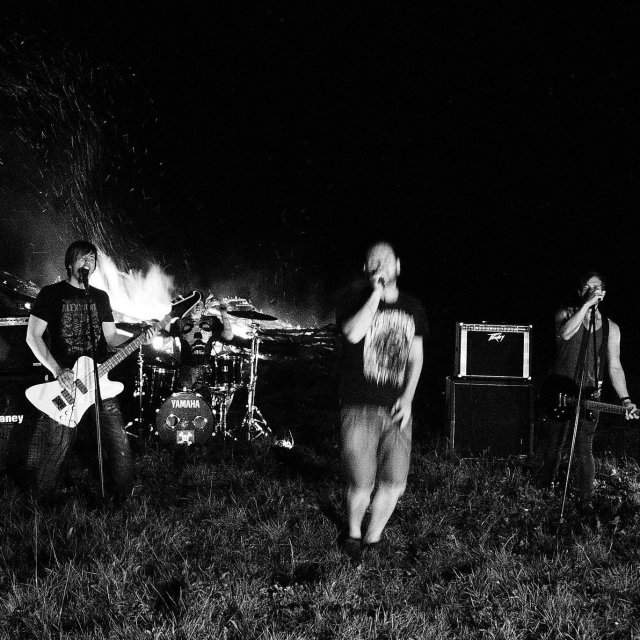 Cold Summer are fast becoming a critically acclaimed Rock/Post-Hardcore band, reaping the rewards for some fine releases which started with the self release of two EP’s, ‘Transitions’ and ‘Wake’ during 2012, before the Yorkshire band’s
release of their acclaimed debut album album in 2013.
To promote the release the band are heading out on a week long tour of the UK in February 2014. Building on a large and growing fan base across the North of England garnered as Cold Summer played sold out shows alongside well respected bands such as Funeral For A Friend(Distiller Records), Polar (In At The Deep End) Lemuria (Bridge Nine Records), End Of A Year/Self Defense Family (Deathwish Records), Margate (Cybertracks), Blitz Kids (Redbull), Scholars (Banquet), and Aficionado (No Sleep Records) since forming.
Now is the time for more of the country to catch one of the most promising Britsh bands live and with their still passions impressing album. 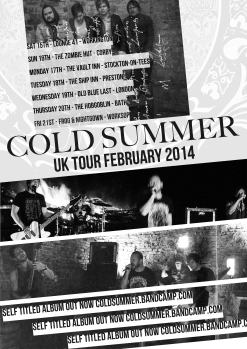 The dates for the 2014 Cold Summer UK Tour in February: