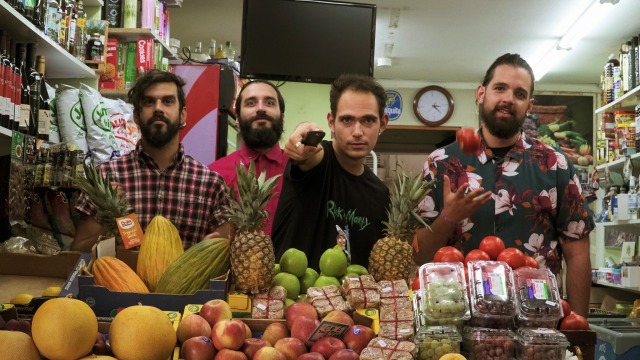 A band we found ourselves hooked on back in 2018 through their debut album Ubik, Greek outfit Head On has so far evaded the major spotlights which we suggested were on their near horizon courtesy of their striking full-length but are back to tease them once again with their new two-track single.

The Athens hailing band again breed their tracks from a post punk heart enveloping both with just as potent post rock atmospherics but swiftly both Robert Christgau and Greil Marcus reveal the band’s sound has embraced a far richer and thicker expanse of flavouring compared to that within their impressive album. Equally there is a bolder maturity to the web of styles and imagination making up its senses entangling prowess, one increasing that suggestion that Head On deserve greater attention. 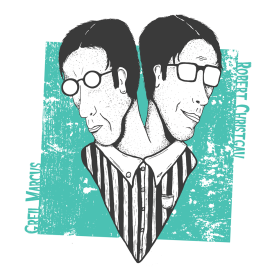 Both tracks making up the single are inspired by American music journalists and each a tribute with a touch of individualism and rebellion which could be said to equally spice the writers work. A-side is Robert Christgau, a song immediately winding attention enticing guitar wiring around ears. Rhythms gather with increasing intensity too though they never quite find a concussive touch as the track slips into its infectious post punk nurtured stroll. Tofer’s vocals join the canter, his resolute tones firm but with the same underlying off-kilter dynamic as carried by Breathiac’s guitar and Levojohn’s bass. With the equally purposeful beats of Kostas driving and adding commanding manipulation to song and listener alike within the melodic web cast by Breathiac, the track is pure captivation; essences of bands such as early Cure, Unsane, and KEN Mode coming to mind in varying degrees.

Greil Marcus provides the B-side and similarly had us on board from its initial nagging breath as guitar and bass nudges teased and lured before uniting in a more voracious canter with those same virulent hooks at work. There is something akin to a fusion of fellow Greeks SPInnERS and Russian punks Biting Elbows to the song but swiftly Head On stamp down their uniqueness as the cold taunting of the track and its virulent character thick in enterprise got under the skin. Senses scorching eruptions in sound and especially Tofer’s vocals only add to the tension and captivation of the track, its ferocity and disturbed breath adding to the thrilling drama.

Both tracks had us hungry for more and eagerly anticipating the next unpredictable Head On roar which hopefully will have a much larger landscape of ears waiting its unveiling if the band’s new single gets its deserved reward.