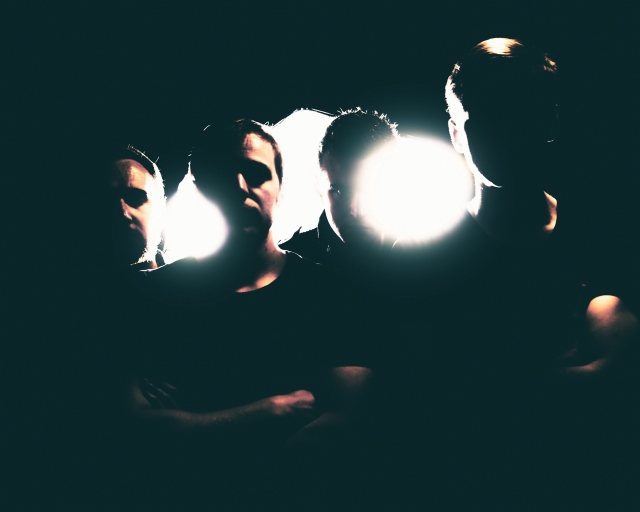 In many ways you could say that Resting Where No Shadows Fall, the eagerly anticipated debut album from British metallers This Dying Hour has been ten years in the making. Formed at the beginning of 2006 and swiftly impressing with their debut EP, the High Wycombe outfit has endured a decade littered with setbacks “that were just too great to overcome; everything from death and marriage to money came between the band and its members.” Now they are back and with a release which feels like it carries all the emotions and frustrations felt over that time; an album which ignites ears and imaginations with invention and passion.

That first year of the band produced the Longest Memory From The Shortest Life EP, a well-received and often praised introduction. It was accompanied by tours throughout the UK and Europe as well as shows with the likes of Young Guns, Sylosis, Bury Tomorrow, Malefice, and Exit Ten. The years since, as mentioned, brought This Dying Hour to a standstill until this year when vocalist Dave Pickup and guitarist Ash Whitelock decided to spark the band into life again with the help of “rotating members to fill the void.” Now they have made the wait for the next instalment of This Dying Hour adventure a forgotten moment as Resting Where No Shadows Fall seriously impresses ears and thoughts.

The album opens with its brief title track, an atmospheric instrumental which draws the imagination, leading it into the waiting jaws of War Drums. The second track instantly makes its point with scything riffs and beats, their imposing swipes aligned to a nagging raw melody before things all comes together in a predacious stalking of the senses. The snarling tones of Pickup are soaked in raw emotion and ire, a potency matched by Whitelock’s irritable guitar and the rhythmic antagonism of the track. It not may be the most unique proposal, references to the likes of Lamb Of God and Killswitch Engage valid, yet the song has a freshness which roars in ears and only blossoms further as a cleaner touch invades the vocal incitement.

The impressive start continues as Asleep springs its wiry grooves and vocal hostility next. Swiftly the song shows its distinct and individual character to be a diversity of intensity and energy, all soaked in venom as it seizes attention and a growing appetite for the release. Clean vocals and great dirty harmonies bring stronger drama and quality, as too the enterprising craft of Whitelock as the song bellows and challenges in equal enjoyable measure.

Path Of Unknown opens with a melodic atmosphere similar to the opening intro, sunken vocals courting the initial lure before the song opens up into a striking and thrilling encounter. The mellower tones of Pickup predominantly stir the song this time around, luring with the listener alongside spicy melodies into one ridiculously infectious chorus and subsequently a great passage of calm reflection with a touch of Palms to it. One of the biggest highlights among many, the outstanding proposal is followed by the far more hostile climate and sound of Time To Die, though it too is unafraid to cast warm melodies and catchy clean vocals. A rival for best track to match its predecessor, the song completes a first half of Resting Where No Shadows Fall which simply blows most other emerging melodic/groove metallers away.

There is little loosening of attention and pleasure either as first the darker sinister realm of Underworld encloses and encroaches on the senses. Certainly the track is a touch hit and miss, moments which stir the blood and others which lie a touch flat on thoughts but arguably it is the most inventive proposition on the album as it ensnares the imagination while Alive is as accomplished as anything within Resting Where No Shadows Fall at blending the calmer and fiercer emotional and physical exploits of band and songwriting. Though both are lacking the spark of earlier songs, each leaves a real want for more which Priapism feeds with its melody rich charm and fiery temperament.

The album closes on the same kind of explosive sound and impact as it started, Room 108 a volatile and often corrosive encounter with sparkling moments of vocal invention and melodic imagination seemingly inspired by a mix of System Of A Down, Deftones, and In Flames.

It is a great end to an excellent first album from a band making up for lost time in passion and invention. With the potential of bigger and bolder to come, it is very easy to push Resting Where No Shadows Fall as something all should make an acquaintance with.

Resting Where No Shadows Fall is out in stores from Friday 30th September.