August 2015, UK rock band Skellums strikingly lit ears with their EP, Clarion Call. It was a release awakening a new horde of fresh and eager ears to the band’s alternative rock sound as well as finding strong radio support from the likes of BBC 6 Music’s Steve Lamacq. Now the Liverpool band has raised the ante with their new double A-sided single Art Of Dying Young / Do Me Wrong; a pair of songs which alone reveal new maturity in the band’s sound and temptation. 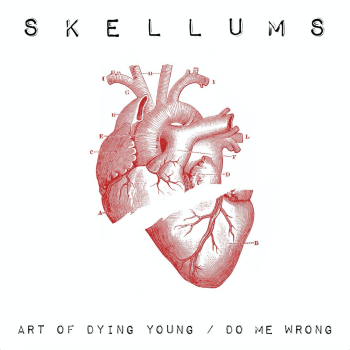 Consisting of vocalist/guitarist Cal Roberts, bassist Crichton, guitarist/vocalist Seery, and drummer Courtney, Skellums takes barely the first half minute of Art Of Dying Young to reveal something bigger and bolder about their sound. From its first breath, bass and drums align in a thick wall of rousing enticement entangled in spicy tendrils of guitar. It grabs ears with ease, that persuasion only increasing in strength as a lull around the first syllables from Cal sparks a rich infection of melody within the rhythmic swagger subsequently driving the song. Casting an Arctic Monkeys meets The Jackals air to its own unique personality, the song has feet dancing and the spirit leaping along with its increasingly addictive swing. There is also more of a garage rock essence to its contagion compared to previous offerings, another appealing hue in the more expansive body and adventure of the track.

That new depth and imagination continues with Do Me Wrong where again it needs only the first nag of riffs and ear clipping beats to suggest new imagination at play in songwriting and music. It is only confirmed as the song shares its pop and punkier exploits, all offered with a creative mischief which is almost The Monkees like in its fun and pop catchiness. A rock snarl adds to the great unpredictability equally shaping the excellent encounter, it all colluding for another slice of new and distinct Skellums invention.

Being impressed by Skellums is becoming a highly agreeable habit but fair to say that both Art Of Dying Young and Do Me Wrong leave anything before firmly in the shade. Things are looking very rosy for Skellums and in turn our ears.

Art Of Dying Young / Do Me Wrong is released April 26th on the band’s own Rent & Debt Records @ http://skellums.bandcamp.com/ 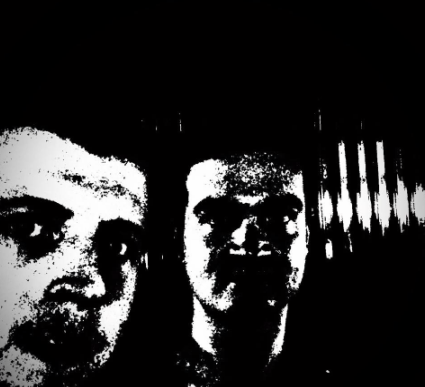 Like a union between Weezer and Arctic Monkeys but sticking a middle finger up at any expectations that thought might breed, UK band Skellums quickly stir up ears and a greedy appetite with their new EP Clarion Call. A festival of alternative and indie rock ‘n’ roll across four mischievously captivating songs, the what we are assuming debut release from the band, marks the Liverpool quartet out as one potential soaked and new exciting adventure.

There is very little we can tell you about the foursome of Roberts, Watson, Crichton, and Courtney, except that, according to their press release and all forms of info for them , Skellums began because “there was nothing else left to do” and that the band formed their own record label, Rent & Debt Records to bring forth their flavoursome endeavours. Creatively fragrant their songs certainly are too on the evidence of Clarion Call, musically and lyrically where the band weaves tales of the streets, lives, and experiences most can relate to in some moment or form. 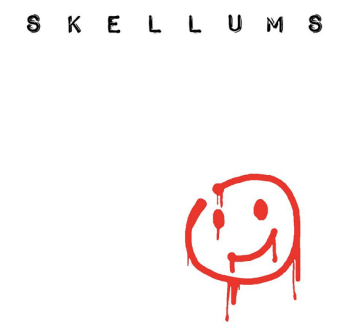 The EP opens with the outstanding We Are One, a song bounding in on a flood of gripping riffs and rolling rhythms, all weighty and dramatic, before slipping in to a mellower but no less compelling energy for the entrance of the expression loaded vocals. As the narrative spills word by word, guitars relax into a spicy, almost ska bred gait aligned to a great throaty bassline and crisp beats. Band vocals erupt as the chorus bears down on the passions, their anthemic call matched by the infectious swing of the song at that moment and the great lead vocal delivery. The track just grows and incites further with every passing minute of its magnetic rock ‘n’ roll, ending on a blaze of a finale and creating a storming start to the EP.

The Avenue comes next, an initial shimmer of melodies eventually leading to another catchy stroll around a vocal and lyrical social play. Brass shed rays of melodic sun across the song throughout too, their warmth matched by again great variety to the vocals and the inventive shuffle of flirtatious hooks and sparkling grooves. As its predecessor, the song is a riveting seduction, showing more of the diversity already obvious in the sound and songwriting of the band, whilst spellbinding ears and imagination with a success emulated by the irresistible Monsters right after. As the song gets into its virulent stride, it should be admitted that the thought of ‘if The Monkees had been scousers this is the sound they would have held the world with’ surfaced, both they and Skellums sharing a seemingly instinctive pop ingenuity equipped with great underlying shadows.

Clarion Call is completed by the gentle but open swagger of Growing Old, another song flirting with a ska/reggae seeded canter wrapped in melodic enterprise and unpredictable revelry. Though not quite matching the success of the first three songs, it is a fascinating and thoroughly enjoyable end to the EP whilst providing more provocative and mesmeric lyrical theatre.

Over time we will all come to learn and know more about Skellums, though their music does all the talking needed right now, and even if they stay a mystery no one will really care if they keep coming up with the kind of creative fun rippling brilliantly within Clarion Call.

The Clarion Call EP is available from August 10th on Rent & Debt Records.