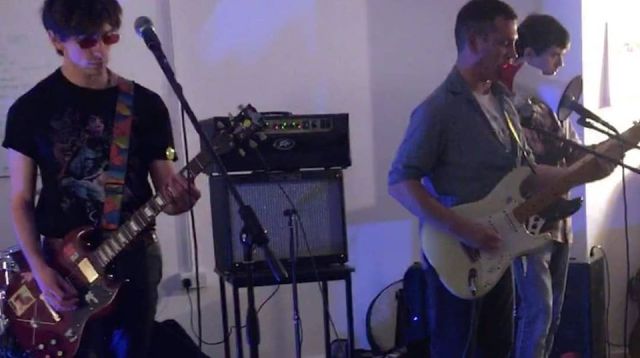 Robust and aggressive yet skilfully woven with melodic imagination and hook littered dexterity, Jacob Eats Dog is the new EP from UK rockers Stolen Dead Music. Offering four tracks of alternative rock with a certain appetite for punk, the release is a rousing holler which had us eagerly on board in quick time.

Jacob Eats Dog erupts with a sonic squall from which a great dub styled bass line emerges, its title track swiftly joined by a post punk guitar clamour before settling into an infectious punk bred stroll. Within that opening horde of second, the band reveals their music is woven on a host of flavours, the subsequent saunter akin to a fusion of Joe Jackson and Angelic Upstarts . Never giving a moment for lungs and body to relax, the track is rock ‘n’ roll incitement proving all anthemic and all irresistible. 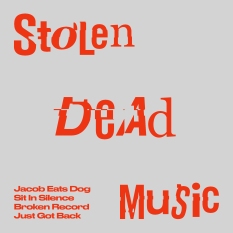 Whether the EP reaches the same mountainous heights again is down to personal taste but the following Sit In Silence leaves little for ears and appetite to desire with its post punk clang and soulful vocals across another heavy verging on predatory rhythmic incitement which easily got under the skin. A more hard rock scented texture equally shapes a track which commanded swift and constant attention before Broken Record sets its own rhythmically intense and dynamic trespass upon the senses. Even so its body is all infection and vocal prowess an equally catchy enticement; it’s stalking of ears as arousing as it is imposing.

Just Got Back completes the quartet of songs, the enticement a melodic embrace of calm and reflective enterprise but one built on a tempestuousness which lines every rhythm and riff. It is a track which took longer to be persuaded by even though it only proved temptation from the off but with every listen a new shade of imagination and craft revealed their persuasion and it has grown to be another compelling moment within Jacob Eats Dog, a release you really should be checking out. 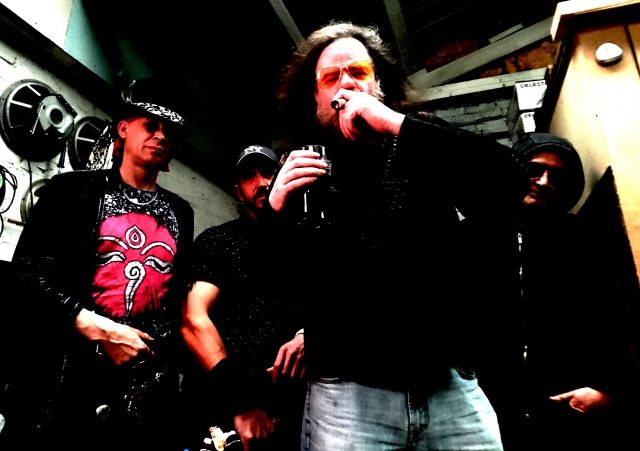 There is something primal stirring in the depths of the UK rock scene, a lascivious force brewing up filthy attitude stained rock ‘n’ roll which is salacious and destructive, rabid and addictive and it goes by the name of The Likkor Men. The quartet from Redcar has just released new EP There Will Be Blood, a carnal beast of a release infesting the psyche as sonically it tries to live up to its declaration, and a fear breeding proposition it is truly hard to get enough of.

Formed in 2014 supposedly to “keep the members out of trouble”, The Likkor Men create a ravenous sound which is hard to pin down but openly corrupts everything from blues, garage, and punk rock to industrial, noise, and psychedelia. Most likely an introduction of the band to a great many, There Will Be Blood is their second EP but easy to feel the moment The Likkor Men asylum comes under true scrutiny.

The release instantly has the senses challenged with the outstanding Black Widow, noise and samples colluding to tenderise before heavy footed riffs stroll hungrily in as swinging beats bite. Blues grooves entangle the trespass as vocals prowl, a punk throated backing adding to the pleasure as the controlled chaos twists and turns. There is something of The Birthday Party meets Th’ Legendary Shack Shakers as Down fingers the union about the infestation but equally more than a whiff of bands like The Sonics and MC5 in the swamp of sound and dirt though what emerges is a scuzz storm all Likkor Men. 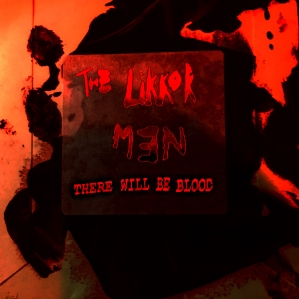 The opener remains the pinnacle of the release but is seriously harassed throughout with next up Young Blood needing little time to seduce and pervert ears and imagination. Ravishing the senses like a defiled fusion of Rob Zombie, Arthur Brown, and The Stooges, the track is wired rock ‘n’ roll as off-kilter as it is skilfully woven to invade and trespass the psyche. Deceptively catchy it is aural loco, a ruinous psych rock invasion infecting the listener like radiation.

Crazed easily applies to Sweet Talkin’ Mamma too, a sexual corruption built on the most addictive rhythmic strolls as fuzzy flames and toxic grooves like spewed by the pied piper like trespass. It is sonic bedlam, an insatiable lure of noise and rhythmic flirtation which maybe is a touch over long but teases and seduces from its depraved start to its libertine finish.

That sexual edge is taken to greater tension within closing song, Hunter. It is a nagging throb of rhythms and heavy riffs beneath sonic breezes of guitar. From the midst, gravel throated vocals, as throughout the EP, stir up the dirty business around them, grooves and hooks seeming to react decadently around them though everything is in its basest most single minded form to simply incite the listener’s rock ‘n’ roll instincts. Sixties garage rock is a rich fuel to the final assault, its contaminated strains sweet liquor within the soiled goodness.

There Will Be Blood will not be for the clean cut appetites among you but for those with wanton urges for rock ‘n’ roll in its grubbiest invigorating form no-one will be left wanting, only feeling very, very dirty.

There Will Be Blood is out now through Moon Skull Records @ https://moonskull.bandcamp.com/album/there-will-be-blood