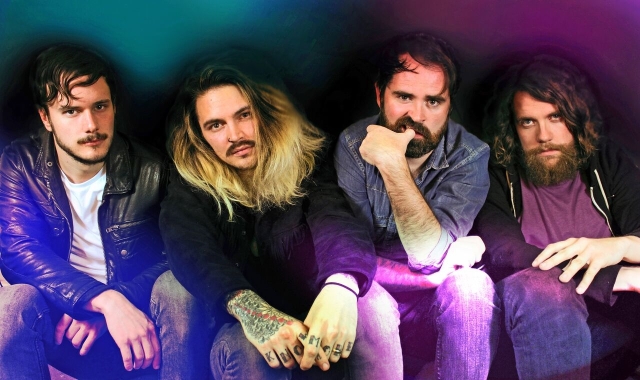 As its fifth month swung and revelled in the noisy, raucous, and ridiculously addictive strains of eclectic rockers Falls, so the final throes of 2016 have been ignited in the best possible way with the Welsh band’s new EP. Cream is the creatively salacious sister to the earlier acclaimed One Hundred Percent Strong EP, itself a proposition as inimitably rousing and twisted as its breath-taking successor now proves to be.

Emerging in 2013, Falls had a great many of us intrigued and hooked by following year with their debut EP Dirtbox. Self-tagging their sound as gash pop/fuck rock, it romped and enticed ears and psyche into the Flintshire quartet’s devilish bedlam of imagination and sound. Its success and the band’s swiftly growing reputation was cemented and accelerated by a live presence which saw a constant wave of new fans won and stages shared with the likes of God Damn, Blacklisters, Press To MECO, and Black Peaks around tours with others such as Allusondrugs and Shikari Sound System. As their two track single Mastiff in 2015 saw a new essence of control and imagination blossom in the band’s sound so One Hundred Percent Strong took things to another level with its bold maturity and skilled quick fire twist and turns. Cream is more of the same but at times showing an even keener touch in anthemic aggression and headstrong invention.

As its predecessors, the heart of the new EP is an unruly party clad in the insatiable hunger of a myriad of styles and flavours. Maybe best described as Asylums meets Hawk Eyes under the psychotic guidance of Jane’s Addiction, it grips ears and hips straight away as opener Berries! prowls with surly riffs and firmly kissing beats. With a touch of groove metal to its heavy harmony basted rock ‘n’ roll, the track flirts and rumbles, soon embracing the warm vocal tones of guitarists Martin Gallagher and Philip Kelsall alongside those of bassist Ben Griffiths as it erupts and calms across its virulent canter. Driven by the heftily persuasive swings of drummer Steff Jones, it quickly recruits body and appetite, rewarding them with mischievous dips into stoner and glam pop temptation. 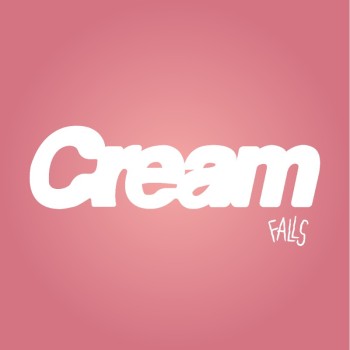 The irresistible start to the EP is only accentuated by Daytime N U, a sweet talking romancing of the senses with warm vocals entangling a funk infested groan of bass amid energy dictating beats. Once into its fiery stride with the guitars casting spicy flames around the mellow charm of the vocals and the metronomic infection of the rhythms, the song shows itself a master of body and spirit. System Of A Down is often used as a reference to Falls, maybe not so much in its sound but the unrelenting hunger and craft at turning on the spot through a kaleidoscope of textures and twists; the second track reveals exactly why.

The punk roar of Live Delicious is next, leaping at ears with brawling energy and vocal irritability. Underlining it as ever is a funk bred contagion, reserved right now but just waiting to grab those eager hips as riffs growl and grooves sear. As carnivorous as it is inescapably infectious, the track vociferously snarls and incessantly bounces like a pissed off raptor yet still finds room for a chorus which breeds only addiction.

Cream closes with the epidemic of pleasure that is Liberator. At times as grouchy as its predecessor and as dynamically catchy as anything offered yet by the band, the track bounds through ears with the instinctive aggressive pop of Baddies aligned to the sinewy weight and attitude of Reuben, Pulled Apart By Horses like melodic flames licking their collusion as the funk psychosis of a Halfling’s Leaf plays. The result as ever is something distinct and unique to Falls providing an exhilarating end to another attention stoking triumph from one of the UK’s most exciting bands.

The Cream EP is out now via Naughty Strawberry through http://fallsband.co.uk/