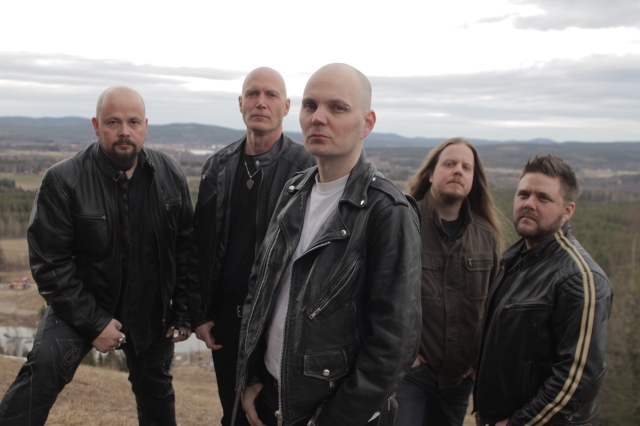 Well into their third decade, Swedish metallers Tad Morose, certainly taking their upcoming eighth album as evidence, seem to get stronger and more creatively dramatic with every passing year. St. Demonius is stocked to the brim with the sounds and kind of songs the Bolinas hailing band is renowned for. Huge and robust bellows crafted with ravenous rhythms and riffs whilst wrapped in stirring sonic imagination and driven by operatically toned vocals. The new encounter is one of Tad Morose’s biggest, heaviest, and most commanding propositions yet and with something for most metal fans, even those of us with a less than welcoming appetite for the style of vocals employed so potently by frontman Ronny Hemlin.

Well-received and generally acclaimed releases have marked the years and stoked the band’s increasing reputation since Tad Morose formed in 1991, that as well as line-up changes and a highly notable and devoured live presence which has seen them tour or share stages with bands such as Cemetary, Memento Mori, Morgana LeFay, and Demon amongst so many more. After the release of sixth album Modus Vivendi in 2003, the band stepped back, taking a time out of sorts. That period saw the line-up undertake a big change with band founder and guitarist Christer “Krunt” Andersson and drummer Peter Morén, who linked up with the band around 1995, welcoming former Steel Attack frontman Hemlin as well as ex-Morgana Lefay bassist Tommi Karppanen and ex-Torch guitarist Kenneth Jonsson into the fold. Signing with Despotz Records in 2013, the quintet released the highly praised Revenant the same year, its success easy to imagine being soon eclipsed by St. Demonius.

From its first breath St. Demonius has a presence you can only imagine heavy and classic metal fans instantly taking to, and others raising just as quickly inquisitive ears. Opener Bow to the Reaper’s Blade charges through ears with feisty beats and a growling bassline aligned to spicy grooves which just entangle the rhythmic bait perfectly. It is a potent start which gets even bolder and energetic as Hemlin uncages his soaring cries and vocal persuasion, backed by further strong vocals and harmonies. For us with a less keen attention for his accomplished style, the rhythms provide a predatory temper to devour whilst the guitars of Andersson and Jonsson weave scenery of skilled enterprise and imagination to seduce the imagination. 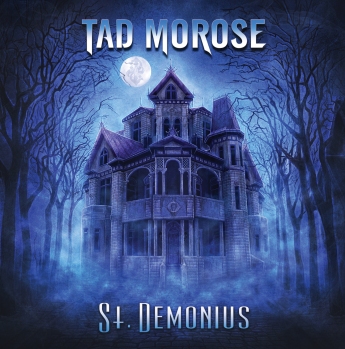 It is a potent start to the album, not one loaded with major surprises but powerfully setting the listener up for the rest of the album and straight away the vibrantly melancholic roar of Forlorn. Keys and vocals add emotional shadows but also at times a rousing tempting which colludes with heavier, more rapacious riffs and a bordering on bestial bass line. By its close, the track has even the more resistant of us joining in its anthemic lure whilst both Where Ignorance Reigns and Remain straight after, bring their own musical and lyrical, not forgetting vocal, theatre to bear on ears and imagination. The first of the pair is tantalisingly adept at kicking up a sonic and energetic maelstrom or laying down a mellow caress, with the Skids like choppy riffery coming out of its calmer reflection irresistible. The second of the two songs offers a thrash seeding coaxing initially, stretching its flavouring once the vocals ooze over the imposing textures but always wrapping around one magnetically heavy and intimidating spine.

Black Fire Rising continues the enticing of ears and attention and like its predecessors has moments which just bewitch and other turns that do not quite relate to personal tastes. But it is just that, taste and already the assumption that those with a hunger for vintage and eighties metal will especially be in their element is confirmed. Day of Reckoning backs up that thought again, even if lacking the ‘something’ which has its predecessors stirring up hungrier reactions. All the same it and indeed The Shadows Play immediately after, only impress and enthral with the individual craft of the band and their tenacious exploits in songwriting and sound, the second of the pair especially with its almost brawling brand of soaring melodies and demonically growling trespasses.

Across the fiercely shimmering resonance of Darkness Prevail, the grouchier and more warlike Fear Subside, as well as the climactic Dream of Memories, the album continues to resourcefully stir ears and imagination, especially the last two of the trio, whilst The World Is Growing Old provides a power ballad of sorts with barbarous walls around the thick croon of Hemlin, and again another track to get increasingly involved with.

Closing with the full-blooded musical predation of Your Own Demise, a track where again the darkest, heaviest traits are impressively aligned with soaring and at times blistering acidity, St. Demonius is a rich and fascinating encounter. Certainly a wish for more diversity to the lead vocals might have brought further greed in our appetite but as said it is just something personal. It is fair to say with an old school bred sound which already has had fans of their chosen genre drooling in the past and now in anticipation of this thoroughly enjoyable release, Tad Morose do pretty much everything right.